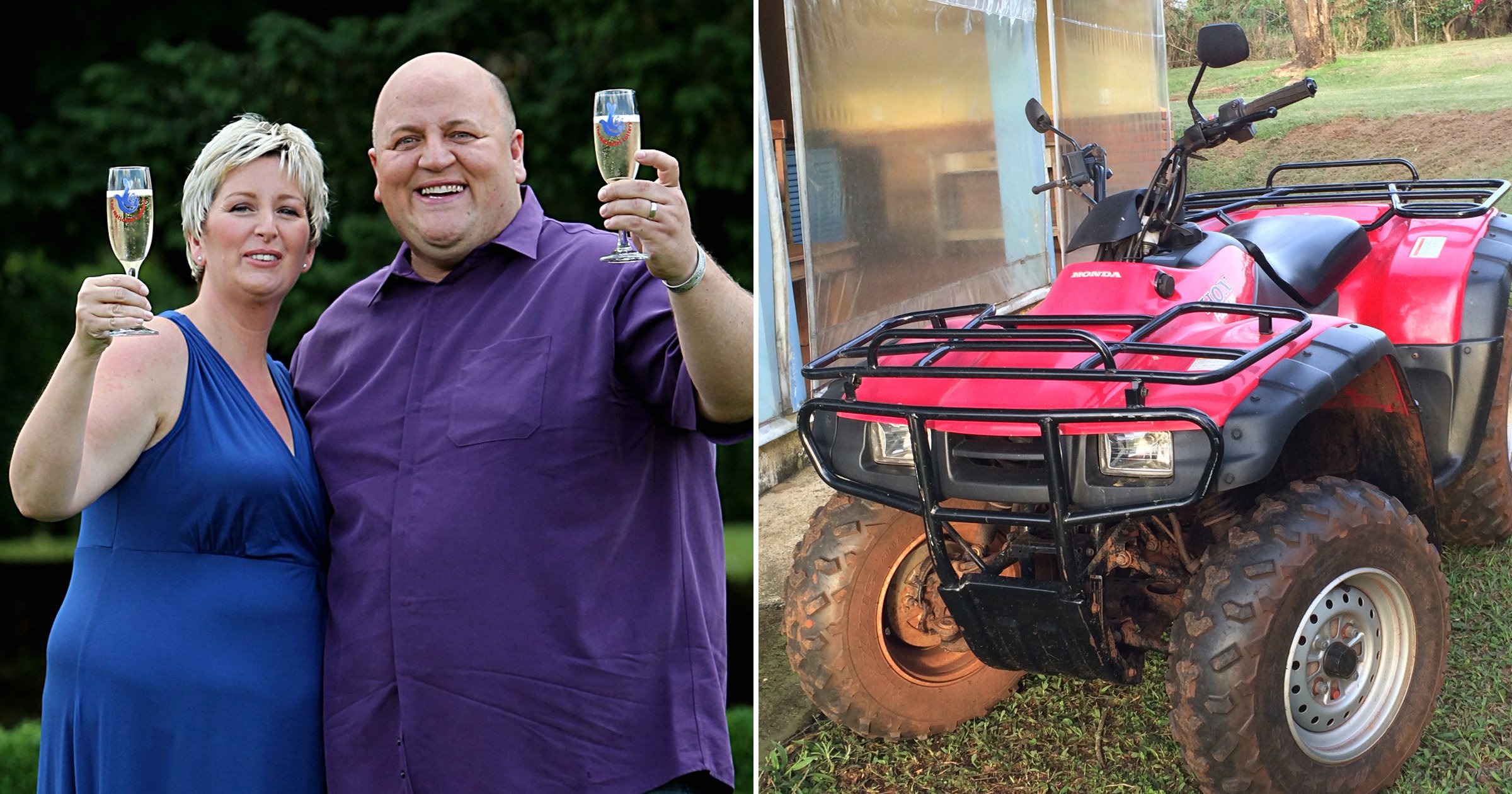 The teenage son of a EuroMillions winning couple is critically ill after his 15-year-old sister allegedly crashed into him as he rode on a motorbike.

The 13-year-old son of Adrian and Gillian Bayford was thrown from the quad bike he was on and through a fence, according to a family friend.

The brother and sister were using the vehicles on their dad’s 148-acre estate in Cambridgeshire.

He was taken to hospital following the accident last Monday and was still in intensive care on Saturday night.

The vehicles are said to have been bought for the children by Adrian who won £148 million with ex-wife Gillian in a huge EuroMillions win in 2012.

The friend described the incident as ‘a nightmare’, saying the family are ‘out of their minds with worry’.

They told The Sun: ‘He’s fighting for his life. It’s touch and go. This is devastating for Adrian and the whole family.

‘Adrian is a lovely bloke who cares dearly about his kids. They were having fun at home and a tragic accident happened.’

Gillian, who remarried in 2018, is said to be by her son’s bedside after travelling down from Scotland.

A police spokesman said: ‘We were called with reports that a car and a quad bike had collided on private land.

‘The rider of the quad, a teenage boy, was taken to Addenbrooke’s Hospital in Cambridge with serious injuries.’