The document would allow European residents to travel across the bloc with proof of Covid-19 vaccination, a negative test result or evidence of recovery. 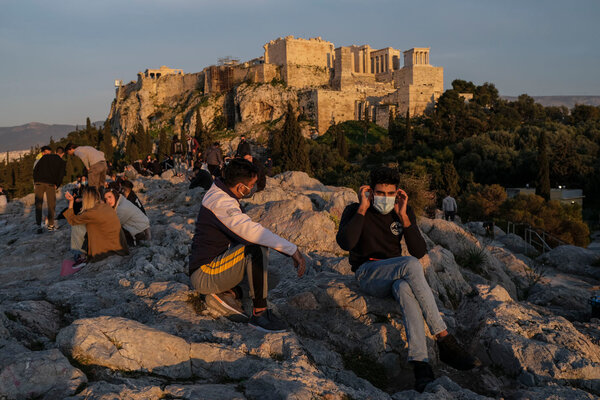 BRUSSELS — Pressed by member states desperate to save the summer tourist season, the European Union on Wednesday proposed a Covid-19 certificate that would allow people to travel more freely.

The proposed document, known as a Digital Green Certificate, would allow European residents and their family members to travel at will across the bloc, so long as they have proof of Covid-19 vaccination, a negative test result or a documented recovery from the virus.

The certificates would be free and available in digital or paper format.

“The Digital Green Certificate will not be a precondition to free movement, and it will not discriminate in any way,” Didier Reynders, the bloc’s top official for justice, said, adding that the aim was to “gradually restore free movement within the E.U. and avoid fragmentation.”

Freedom of movement is the cornerstone of the bloc, but travel restrictions are traditionally under the purview of national governments. The commission’s plan is yet another bid to coordinate what is now a chaotic patchwork of disparate national measures, significantly hindering travel within the previously borderless zone.

Under the proposed rules, national governments could decide which travel restrictions, such as obligatory quarantine, would be lifted for certificate holders.

The proposal, which needs to be approved by the European Parliament and the majority of member states, comes as many European countries are experiencing a third wave of infections as well as a slow mass inoculation effort, damaged by doubts over a shot made by AstraZeneca. Several countries suddenly suspended use of the vaccine, at least temporarily, confusing citizens and possibly increasing resistance to vaccinations.