The Global Navigation Satellite System (GNSS) was built to rival the US’s GPS system, boasting a Public Regulated Service (PRS) to be used by government agencies, the armed forces and emergency services when it launches in 2026. But the EU claimed its most crucial feature – PRS – would only be accessible for bloc members when the first satellite launches, despite the UK providing the “brains and heart” of it. The Government, seeking a replacement for Galileo, said it will consider alternatives to an original plan to develop its own satellite constellation.

He told Express.co.uk: “If you think about Galileo compared to the figure for OneWeb, I’d say the system is worth more than the £500million that we’ve invested.

“We have got a real good investment, almost a bargain really – it’s already up and running and making two satellites a day. 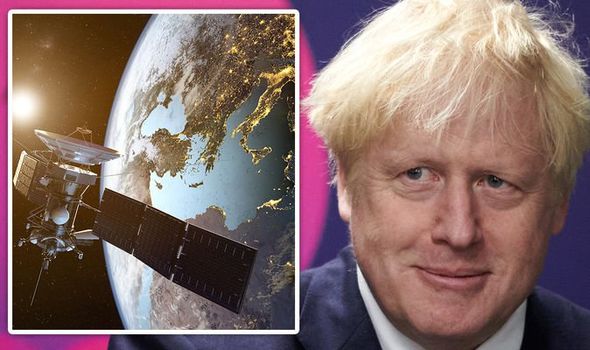 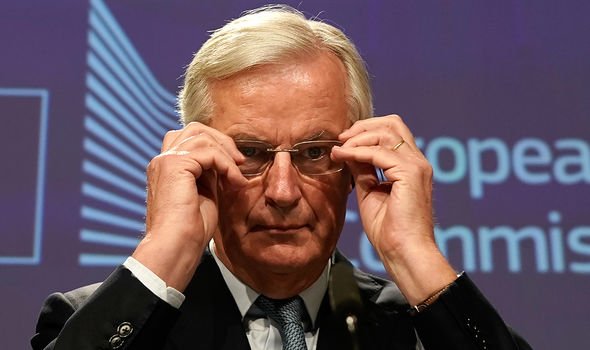 “Other partners want to get involved and it will pay for itself very quickly indeed.

“My gut feeling on the way that it’s going is that even though everyone is talking tough, saying ‘you can’t be part of the Galileo club,’ there’s been a lot of British investment in it already

“I think there will be knock-on effects from that to the British companies.”

OneWeb has confirmed that it will begin launching high-speed broadband-capable LEO satellites again from December.

At present, OneWeb has 74 compact LEOs in orbit around the Earth and their original plan was to send 648 satellites to achieve global coverage by the end of 2021, before it filed for Chapter 11 bankruptcy.

But Mr Morris says it has the potential for so much more and that will spark the curiosity of the bloc. 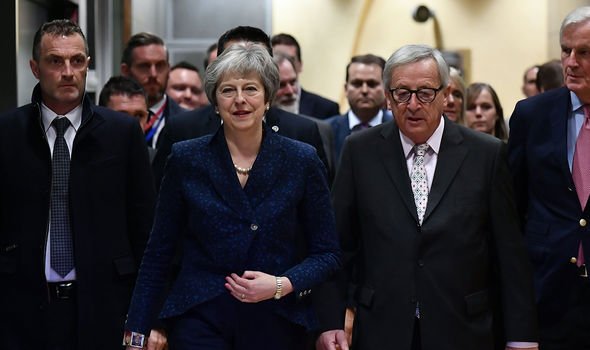 He added: “Over time you are going to see more British involvement with Galileo, even if it doesn’t come through government sources.

“We’ll still be dealing with them, even if it’s not through the Government’s balance sheet.

“All these systems can be interlinked. I think we will still be working with Galileo in one form or another, even though – officially – the politicians are saying we won’t have any dealings with it whatsoever.

“I’m absolutely certain that on a certain level we will.

“There’s potential for us to let them use OneWeb as a trade-off for Galileo.”

OneWeb was designed as a broadband constellation first and foremost – it will provide rural 4G, and one day 5G, internet signals in hard-to-reach places. 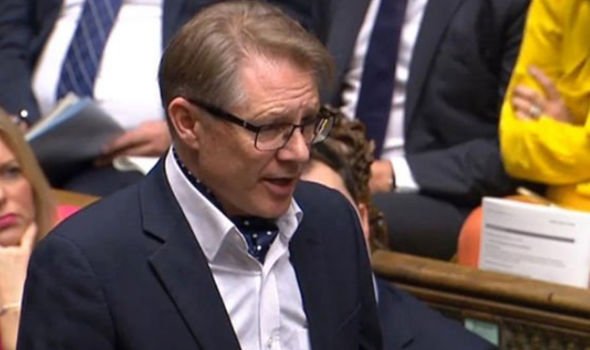 The company’s constellation will operate in low-Earth orbit, rather than the medium Earth orbits used by Galileo, GPS and other navigation systems, and will operate at a different frequency than those traditionally used for navigation.

But while the plan will see OneWeb’s first run of satellites used for broadband, future developments could include navigation capacity.

It will be a huge moment for the British space sector, but the move will also put the UK in direct competition with Elon Musk’s Starlink, which already has 500 satellites in space.

Constructed by SpaceX, the company is aiming to create a constellation of satellites in low-Earth orbit that can also beam the internet to the most rural areas.

But OneWeb has something Mr Musk doesn’t, according to Mr Morris. 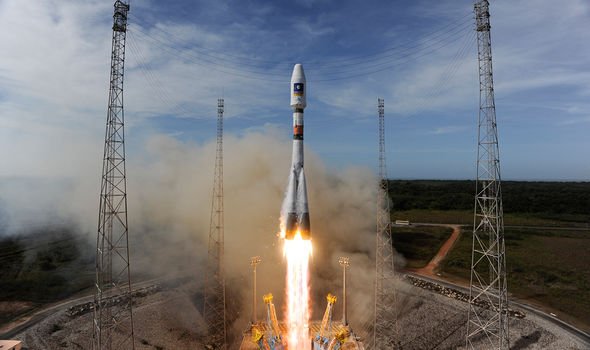 He added: “Elon Musk is an absolute genius, but his people are very good at the media stuff.

“What has not been explained is that the orbits of these satellites that Musk has are confined only to American orbit, so it’s not global.

“It’s not like what we have with OneWeb and that is a big thing, people keep forgetting that it’s not about how many satellites you have, it’s the coverage of them.

“So if you have LEO capability that is global and works on a system that we have autonomy on, that is very valuable for any partners that want to come in and use it.

“What you will find in the space industry is that the life on the satellite to a company is about five years, but then it can get rented out to other companies, as it goes into different orbits.

“These assets remain up there and can be used for a prolonged lifetime at a cheaper rate. 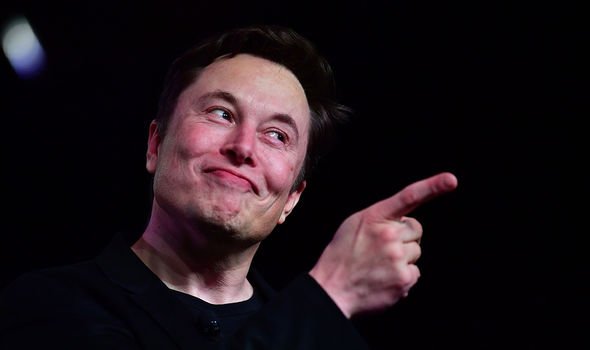 “The technology may have changed, but they remain a valuable asset as trading commodities for satellite application.”

After a nine-month delay, the next satellites in OneWeb’s constellation will be blasted into space on the nose of a Soyuz rocket from the Vostochny Cosmodrome.

Founded in 2012, OneWeb raised around $3billion (£2.33billion) from investors to build its mega-constellation but the firm went bankrupt in March after failing to raise more money from lead investor SoftBank.

And while Mr Morris believes the UK has got a “bargain,” he says the Government’s motive is not purely financial.

He said: “If you wind the clock back to when everything started with OneWeb, coronavirus wasn’t really on the horizon.

“It was only just starting and nobody knew what was going to happen. 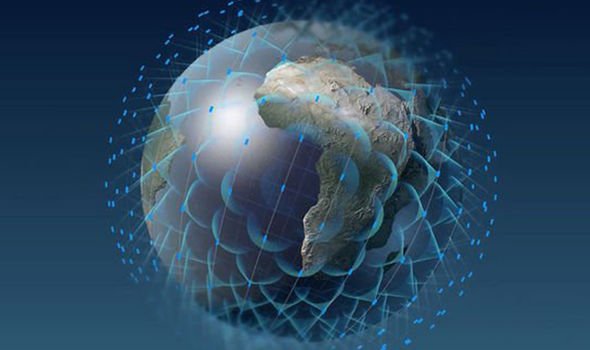 “If you look at it in the cold light of day, we have ended up with satellite capability using British technology and operating at a site at NASA that cost billions to develop.

“Look at how much we put into Galileo, and that was just throwing into a pot, now we’ve got something very similar for a fraction of the cost.

“It’s a no brainer and we got it at half the price.”

The Morecambe and Lunesdale MP believes projects like OneWeb are key for Brexit Britain. 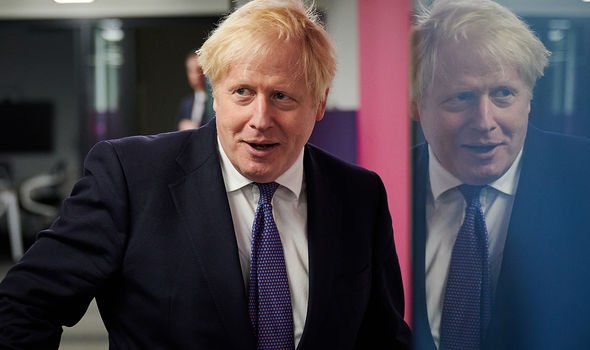 He continued: “I think what’s gone on here is GNSS was very ambitious, a lot of money went into it – but to say it’s been a failure is unkind.

“The fact remains we spent a lot of money on it and will need to spend more to develop it.

“All of a sudden something else comes along and there’s a bit of political will there.

“We have to have our own sovereignty coming out of Europe, we’re being pressured from both ends of the political ball game with Galileo and 5G.

“We have to be looking into the future on how we can deliver this ourselves without relying on others – these platforms develop and evolve and now we can be autonomous from everyone else on our own terms.”

“The fact remains we spent a lot of money on it and will need to spend more to develop it.

“All of a sudden something else comes along and there’s a bit of political will there.

“We have to have our own sovereignty coming out of Europe, we’re being pressured from both ends of the political ball game with Galileo and 5G.

“We have to be looking into the future on how we can deliver this ourselves without relying on others – these platforms develop and evolve and now we can be autonomous from everyone else on our own terms.”