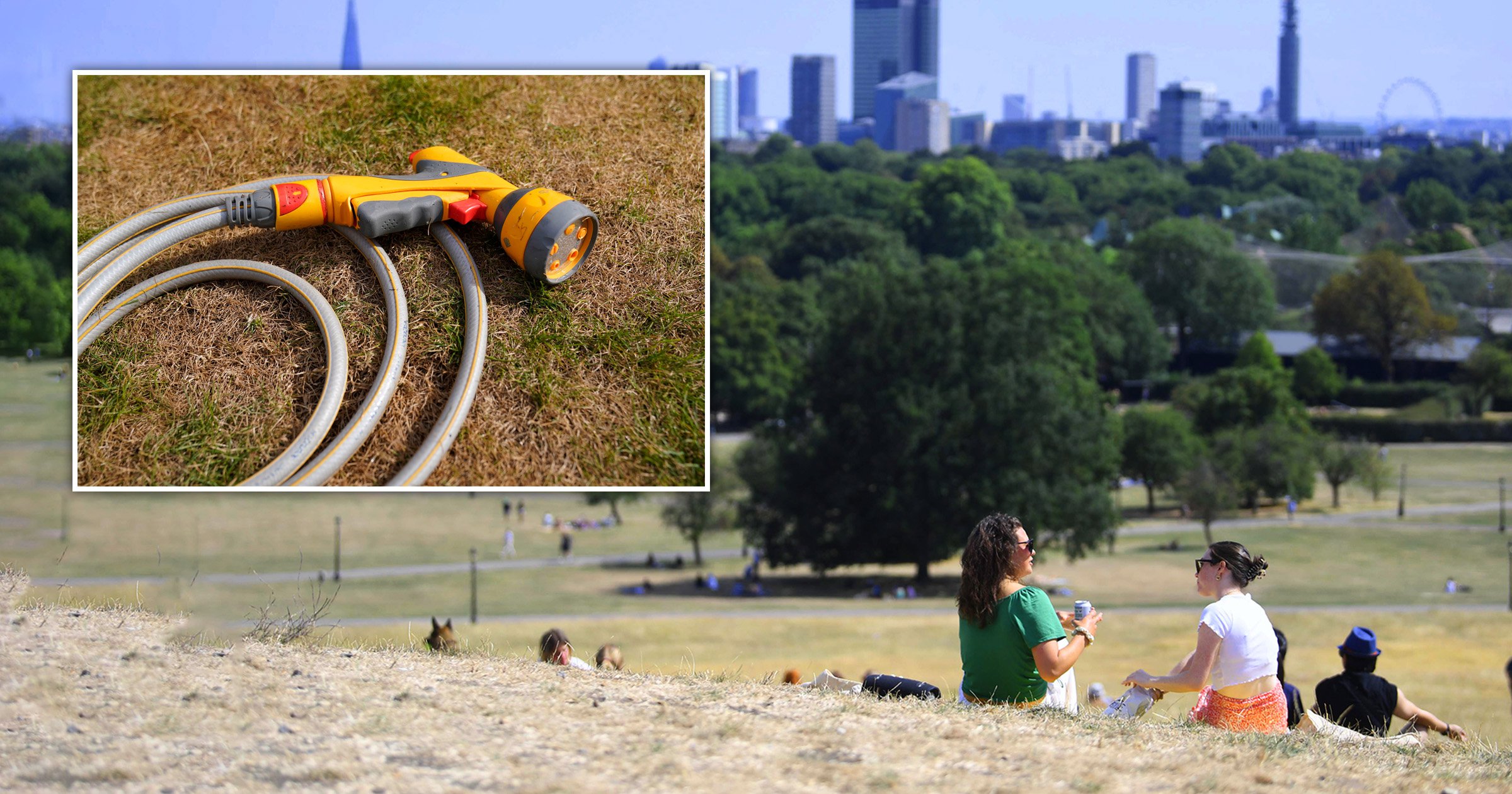 The Environment Secretary is calling on water companies to introduce an entire hosepipe ban amid warnings of an ‘unusually dry’ August and a second heatwave.

This means possible restrictions up and down the country for people watering their gardens, washing cars or filling pools.

George Eustice wrote in The Sunday Telegraph: ‘In accordance with their drought plans, water companies across the country have rightly taken action to mitigate the effects of this prolonged dry weather using the range of tools available to them.

‘I strongly urge others to do the same.’

Southern Water’s ban affects 1.5 million people living in parts of the Isle of Wight and Hampshire.

There is no indication about how long the hosepipe ban will last and it is the first imposed since 2012.

The measure will also be introduced for South East Water customers in Kent and Sussex next week.

Welsh Water has also announced a ban for Pembrokeshire and Carmarthenshire later this month.

It comes as the Met Office predicts temperatures will hit the mid-30s by the end of next week, with warnings of another heatwave on the cards.

On Friday, London is expected to be hotter than Portugal, with the mercury hitting 34°C in the south.

Forecasters are also predicting many parts of the south will not see any rainfall until at least mid-September.

Chief forecaster for the Met Office Steve Willington said: ‘We could see parts of the UK entering heatwave conditions if the above-average temperatures last for three days or more.

‘Many areas of the UK, especially the south, will witness temperatures several degrees higher than average.’

By the end of next week, cities in the north will also enjoy a spell of sunshine, with Manchester reaching highs of 29°C.