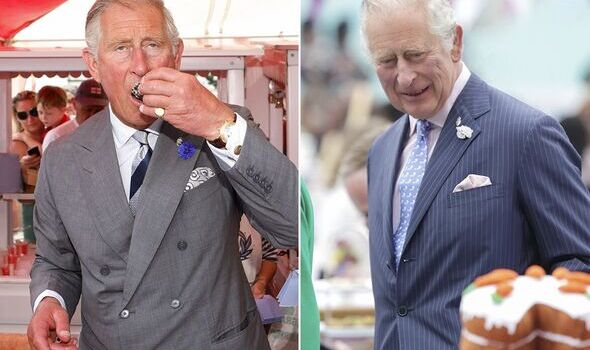 You might think you had a breakfast fit for a king this morning. But if it was a full English piled high with fried eggs, black pudding, sausages and bacon then you are miles away from the truth. King Charles III eats just two main meals per day: breakfast and dinner.

And for his breakfast it is highly likely that he enjoyed an egg dish.

Posting a picture of the eggs to Instagram at the time, Clarence House wrote: “The Prince has also shared one of his favourite recipes, Cheesy Baked Eggs, which can be made by using any number of our great British cheeses.”

Anyone who wanted to cook up the recipe was asked to use organic ingredients where possible.

A lot of details about his diet are revealed in a list of 70 facts released by Clarence House in 2018 to mark the then-Prince Charles’s 70th birthday.

Number 20 on the list is that “The Prince does not eat lunch”.

Gordon Rayner, former royal correspondent at The Telegraph, once said that the King believes lunch is a “luxury” that interferes with his busy schedule.

Mr Rayner explained that Charles has a “late breakfast” and “works through” his full schedule, meaning that he often ended up “going hungry” on royal tours.

Also revealed in the facts about the King was that his favourite tea is Darjeeling with honey and milk.

And he is said to enjoy a boiled egg with every meal, specifically a coddled egg which has been boiled for about two to three minutes.

The Independent reports that the egg is generally served on a side salad and the King reportedly mashes the egg into the salad to create a sort of mayonnaise texture.

And, as a keen environmentalist, he generally follows a plant-based diet for dinner in order to reduce his carbon footprint.

Last year he told the BBC: “For years I haven’t eaten meat and fish on two days a week and I don’t eat dairy products on one day a week.”

And while lots of people love devouring a bar of chocolate, it is one of the foods that King Charles III does not like.

The King also, apparently, will not eat biscuits that haven’t already been pre-warmed to a certain temperature.

A royal source told My London earlier this year: “Charles enjoys cheese and biscuits at the end of many of his meals. Since he’s particular about everything, he insists that they be a certain temperature. The staff keeps a warming pan just to make sure they are hot enough for his liking.”

Fans of lunch will probably prefer to follow the late Queen’s daily diet.

She used to enjoy four small but square meals a day, and a glass of gin and Dubonnet.

And her former private chef said she had eaten jam sandwiches every day since she was a toddler.