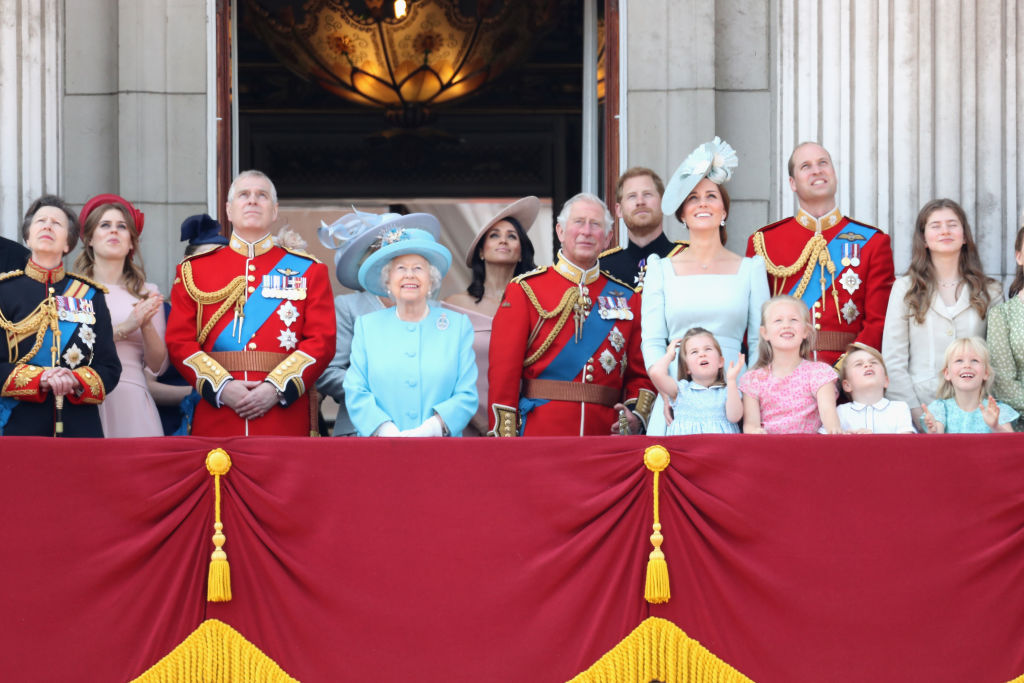 Trooping the Colour is a centuries-old tradition involving Queen Elizabeth II and the Royal Family.

Royal fans have descended on The Mall in Central London to watch the time-honoured ceremony and hopefully catch a glimpse of Her Majesty on the Buckingham Palace balcony.

But what actually is Trooping the Colour, and why do we have this event every year?

Here’s all you need to know.

What is Trooping the Colour and when did it begin?

Otherwise known as The Queen’s Birthday Parade, Trooping the Colour marks the monarch’s official (second) birthday in June, while her actual birthday is on April 21.

The annual celebratory summertime event has taken place since 1758, when thousands headed to the capital to partake in King George II’s official birthday celebrations.

It is usually attended by The Queen and various members of the Royal Family and normally involves over 1,400 parading soldiers, 200 horses and 400 musicians.

During the parade, typically The Queen inspects soldiers from the Household Division.

The term ‘trooped’ or ‘trooping’ comes from a tradition of the British Army – in order for troops to understand the different regiment’s colours, officers would march in-between the ranks of troops who stood in lines waving their colours.

‘Colours’ is another way of describing the regimental flags of the British Army’s different units, and were used to help troops quickly identify their unit on the battlefield.

Each year, a different regiment’s Colours are trooped.

The Trooping of the Colour usually begins when The Queen leaves Buckingham Palace, accompanied by a Sovereign’s escort from the Household Cavalry Mounted Regiment.

She arrives at Horse Guards Parade to take the royal salute and then carries out an inspection of the troops. Once the soldiers have marched past The Queen trooping their flags, she returns to Buckingham Palace for a second salute.

A 41-gun salute takes place in Green Park and The Queen is then joined by members of the Royal family on the balcony of the palace.

There is also a spectacular flyover courtesy of the Royal Air Force’s Red Arrows.

When is Trooping the Colour 2022 and will it be different for the Platinum Jubilee?

In 2022, Trooping the Colour on Thursday, June 2 will mark the very start of the Platinum Jubilee weekend.

A range of festivities have been planned, including a beacon-lighting ceremony, concert at Buckingham Palace and a carnival-style pageant set to dazzle on Sunday, June 5.

At this year’s Trooping the Colour, the 1st Battalion Irish Guards will be parading for The Queen, and just days ago Prince William – as their Colonel – was photographed at a dress rehearsal.

The Queen is expected to appear on Buckingham Palace’s balcony after the ceremony is complete, says the BBC, and will be joined by working members of the Royal Family.

Prince Harry, Meghan, The Duchess of Sussex and Prince Andrew are believed not to be appearing on this year’s balcony.

Her Majesty’s appearance will no doubt be a delight to royal watchers, who recently saw the 96-year-old beam at the Chelsea Flower Show and open the Elizabeth Line in Paddington.