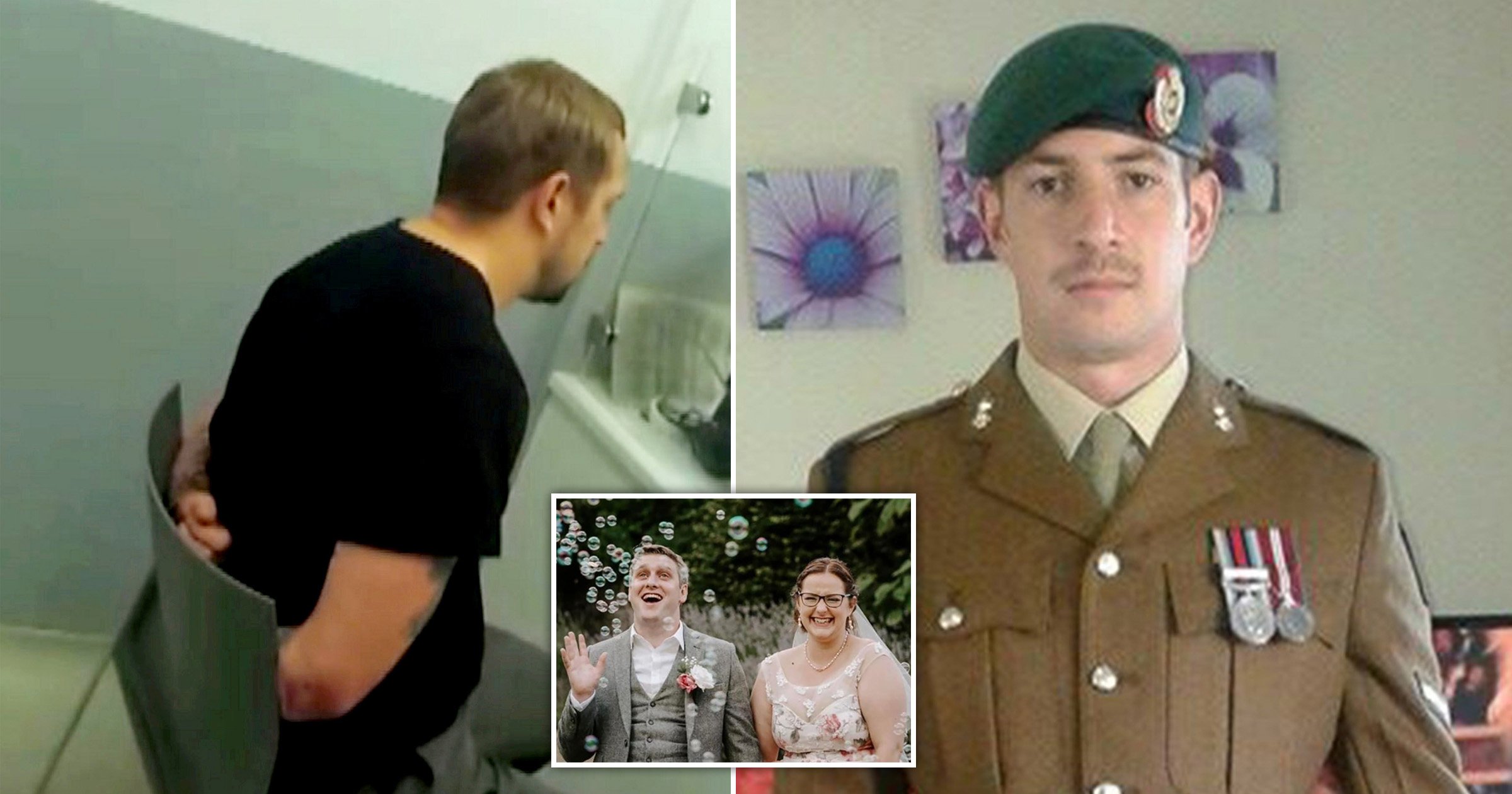 An ex-Army Commando who stabbed his married neighbours to death while their children were sleeping upstairs was not mentally ill at the time, two psychiatrists have said.

Collin Reeves, 35, is on trial at Bristol Crown Court charged with two counts of murder after killing Jennifer and Stephen Chapple in Norton Fitzwarren, near Taunton in Somerset, on November 21.

Reeves and his family lived next door to the Chapples in Dragon Rise in the new-build development and had fallen out with them over parking in May 2021.

There had been a number of angry exchanges between them, including an incident in which Reeves called Mrs Chapple a ‘f****** c***’ and a ‘fat bitch’.

Reeves accepts that he stabbed Mr and Mrs Chapple but denies murder and has pleaded guilty to a lesser charge of manslaughter on the grounds of diminished responsibility.

The Afghanistan veteran, who served with the Royal Engineers and completed the gruelling commando training, used the ceremonial dagger he had been given when he left the Army.

The jury has heard that he had been having trouble in his own marriage, and around 40 minutes before the attack his wife, Kayley, had asked for a trial separation.

After the killings, Reeves was recorded in the background of the 999-call telling someone, believed to be his mother Lynn: ‘I couldn’t let her (or them) torment Kayley anymore.’

Forensic psychiatrist Dr Lucy Bacon, who assessed Reeves on behalf of the defence team, concluded that he had been suffering from moderate depression at the time.

She said Reeves did not have symptoms consistent with acute post-traumatic stress disorder (PTSD).

The defendant reported being anxious in crowds but was not ‘hyper vigilant’ – a symptom of PTSD often seen in soldiers where they feel a constant sense of threat.

Reeves told her life ‘felt dark all the time’, the witness said.

Dr Bacon said: ‘For me that’s quite an evocative description of low mood, there’s no brightness, no enjoyment or happiness, things are pretty miserable.’

She diagnosed his depression as moderate, because he was still able to function in some aspects of his life, such as going to work or going for a run, and worried about providing for his family.

Dr Bacon said: ‘I would definitely say depression is a relevant factor in Mr Reeves’ actions; I wouldn’t say depression caused him to do what he did, but I think, if you’re looking at the totality of it, having depression played a part in it.’

While at the police station, Reeves gave his name as ‘Lance Corporal Collin Reeves’ and gave his service number and seemed confused as to why he was there.

Dr Bacon said it appeared that the defendant had ‘regressed’ to his training.

‘He’s spent many years as a soldier and he’s gone back into that mode of answering questions with his service number, that sort of thing,’ she said.

‘I think that was caused by the shock of having killed the Chapples.’

Dr Bacon added: ‘It’s possible that he had already regressed somewhat and had gone into Army mode during the killings.’

She said that, during her interview with Reeves, he had said ‘he didn’t feel his depth of feeling about the neighbours explained the fact he had killed them’.

Dr John Sandford, a forensic psychiatrist for the prosecution, said Reeves’ loss of memory of the killings was consistent with ‘dissociative amnesia’ and was not a contributing factor to the incident.

He said it is common in cases of domestic violence homicide, where the perpetrator can call the police immediately afterwards but soon lose all memory of the incident.

‘This is nothing to do with depression – it’s a reaction to a traumatic act, something that is usually a reaction to something you’ve done rather than something done to you,’ Dr Sandford said.

The witness diagnosed Reeves with mild depression, adding that it was a normal response for someone who was unhappy in his job and unhappy in his marriage.

Dr Sandford said Reeves had described a pattern of ‘subtle intimidation and social cruelty’ by Mrs Chapple towards his wife.

He said that, in his opinion, ‘the main factor in committing this offence is about the dispute between the two families’.

The trial, which is due to conclude by the end of the week, continues.