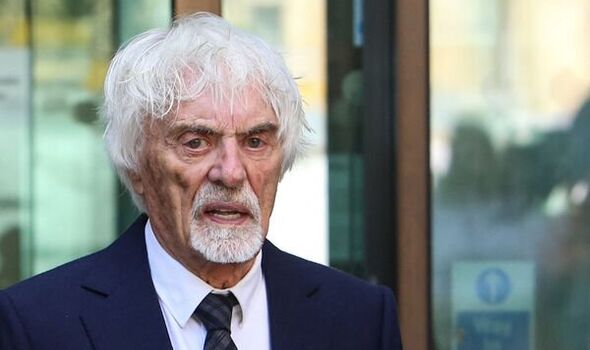 In court yesterday, the 91-yearold confirmed his name and address, and indicated he would plead not guilty at trial.

He is accused of failing to disclose a trust in Singapore with a bank account containing about $650 million.

TV crews and photographers outside court had been warned by police not to “mob” Ecclestone because of his age.

Chief magistrate Paul Goldspring allowed him to stand outside the dock after his counsel Claire Montgomery QC said he had a “little trouble hearing”.

He was charged with fraud by false representation between July 13, 2013, and October 5, 2016, following an investigation by HMRC, the court heard.

According to the charge, Ecclestone, who has four children – Deborah, 67, Tamara, 38, Petra, 33, and son Ace, two – made a false representation in that “he established only a single trust, that being one in favour of your daughters”.

At the end of the five-minute appearance, Mr Goldspring granted Ecclestone, of Knightsbridge, west London, bail until a preliminary hearing at London’s Southwark Crown Court on September 19.

The Crown Prosecution Service authorised the charge against Ecclestone last month, after reviewing evidence from HMRC.

At the time, Chief Crown Prosecutor Andrew Penhale said the accusation was “in respect of his failure to declare to HMRC the existence of assets held overseas believed to be worth in excess of £400million”.

The three-times married former 1950s Grand Prix driver built his success through the sale of TV rights and administration of F1. He cut ties with the sport in 2020.