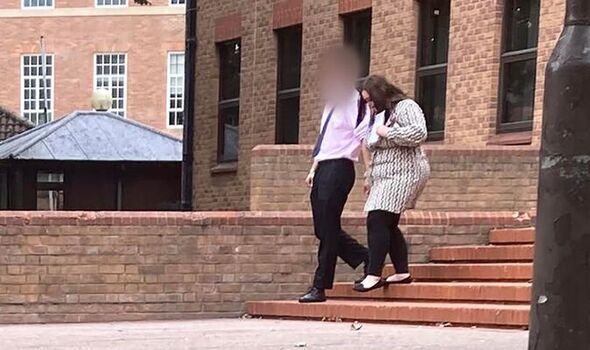 Chloe Gill, 23, thumped the victim with the bottle after drinking with her at a property in Chaddesden, Derby. A court heard the woman, who was Gill’s friend, suffered a protrusion to the head and two cuts to the forehead following the attack, which happened when a child was in the property.

Recorder Patrick Upward QC said: “You must understand that thumping someone over the head with a bottle could have horrendous consequences not just for the woman you hit but for you.”

David Eager, prosecuting, said Gill had come to Derby with her sister on July 16, 2021, to visit the friend.

He said the three of them were together at a Chaddesden address and all had been drinking.

The prosecutor said: “There came a point, and it is still not clear why, when the women became involved in an argument.

“Miss Gill accepts that she picked up a bottle and struck the complainant with it to the head.

“It left a large egg-shaped protrusion to the head and two cuts to the forehead.”

The judge asked: “She did not break the bottle?”

Mr Eager replied: “No, there was broken glass on the floor but the crown cannot prove that was from the bottle.

“There was a child present and there was cuts to an arm but we can’t say that was from this incident.

“The defendant left the premises and was arrested in the early hours of July 17 and she made denials of any wrong doing.”

Gill, of Boston, Lincolnshire, pleaded guilty to assault by beating.

She has a previous conviction for battery from January 2020 when she smashed a glass over the head of a worker at a pub in her home town.

The defendant also admitted that the Derby assault put her in breach of a suspended sentence, imposed in September 2020 for 11 counts of fraud and using threatening words or behaviour.

In 2019, Gill said appearing on the Jeremy Kyle Show led to her making two suicide attempts.

She was just 19 when she went on the since axed ITV show after a row over her allegedly posting a picture of someone else’s child on Facebook.

After failing a lie detector test, which she disputed, she said she was tormented with abuse after the episode was aired in May 2018.

Lucky Thandi, mitigating, said her client is a full-time carer for her father.

She sobbed in the dock as he told her: “If you start swindling people or battering people you can expect to go to prison.”