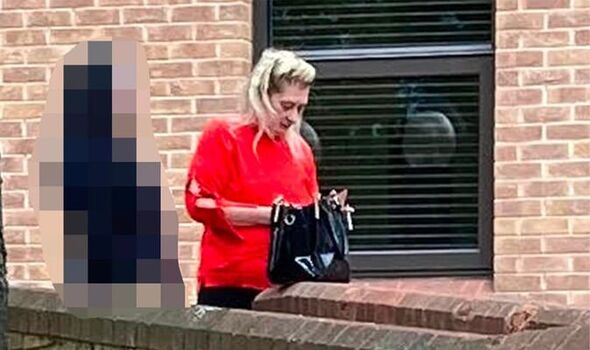 A former prison officer made headlines after forming a relationship with a convicted murderer, and then helping him escape jail. Derby Crown Court heard how Jane Archer met her partner Stephen Archer at the gates of HMP Sudbury, an open prison in Derbyshire, and then drove him back to her home.

The 55-year-old’s sentencing hearing was told how the following day she drove him to the Folkestone and Dover area where he laid low for a number of days. After he called her to come and get him, Archer then went back to the South East coast and picked him up.

However, the pair were stopped by police as she travelled up the M6 towards Manchester and arrested. According to Derbyshire Live, in her police interview, the defendant gave what a judge called “a cock and bull story” that the plan to escape from Derbyshire was “nothing to do with her”.

Handing Archer an 18-month jail term, suspended for 18 months, Judge Shaun Smith KC said: “A number of years ago, in your capacity as a prison officer, you formed a relationship with a lifer, Stephen Archer, who was in prison for murder.

“The relationship carried on for a long time and in May 2019, he walked out of Sudbury and you know why as you had driven to pick him up. He remained at large for a number of days during which you were involved and you then gave the police a cock and bull story about your involvement. Helping somebody escape from prison, in whatever format, is a serious offence.

“It is more serious in your case because you worked in the prison system and you knew how it worked. He was in custody for murder and you knew the system. I am not saying you planned it but I don’t believe you didn’t know there was a plan because you drove him to Dover and when he wanted to come back you picked him up.”

Mark Achurch, prosecuting, said Stephen Archer was jailed for life for murder in 1995 and when he was serving at HMP Ranby he met the defendant, who was then a prison officer. He said a relationship did not begin until after she left the prison service but they were together for 14 years and although not married she changed her surname to his.

The prosecutor said on the day of the escape, May 15, 2019, Stephen Archer walked out of the front gates at HMP Sudbury and was met by the defendant who first drove him to her home in the Rotherham area where he stayed the night. Mr Achurch said the following day she transported him to Folkestone where they booked into the town’s Premier Inn and stayed the night.

He said: “They went to an Argos store where she bought him a mobile phone and she left and returned to Rotherham leaving him there.

“Nine days later, she drove back to Folkestone and picked him up and the car was stopped on the M6 in Cheshire.

“It appears Mr Archer was in the Dover area during that time and he has already been dealt with, receiving a four-month jail sentence and being returned to a category B prison (Sudbury is a category D open prison.”

Archer, of Sousa Street, Maltby, near Rotherham, pleaded guilty to assisting an offender to escape lawful custody and has no previous convictions. As part of the suspended sentence order, Judge Smith ordered her to carry out 200 hours unpaid work and to attend 20 rehabilitation sessions with the probation service.

Chris Brewin, mitigating, said his client “felt manipulated and emotionally blackmailed” to become involved in the plan to help free her partner from prison. He said: “She maintains the plan was to drive him to the Manchester area where he was going to hand himself in the hope of being sent to a prison in that area close to where his family is from.

“She has hit the depths and really regrets what she did.”

It was not said in court if the pair are still in a relationship or not.