Scottish Wildcats have existed since the Ice Age and were once a common sight in the British countryside and across Europe.

However, over time they have been hunted to the verge of extinction and there thought to be just 300 left in the wild.

The species, which is also known as the Highland Tiger, is slightly larger than a domestic cat, with distinctive unbroken tiger stripes across its back, black rings on its thick tail and sharp, green eyes.

A statement from the Wildcat Haven, released yesterday said: “We have now reported the previous and current logging at the Clashindarroch as alleged wildlife crimes committed by Forestry Commission Scotland. 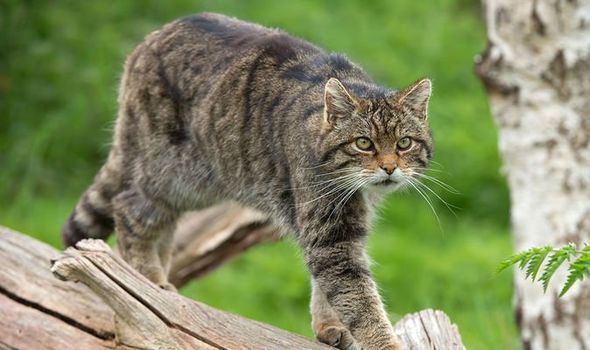 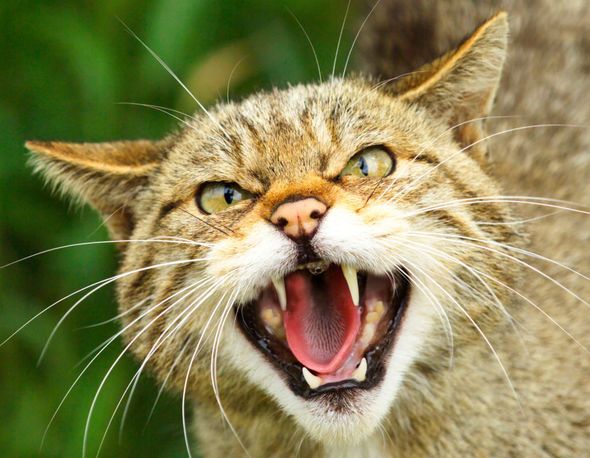 “It is illegal to disturb a Scottish wildcat den site or even resting place.

“The alleged illegal activities are particularly damaging as it is a crucial time in the wildcat’s breeding season and the huge of amount of disturbance generated by heavy machinery, chainsaws and articulated lorries can cause stressed mothers to abandon their kittens.

“As the rarest cat on earth, every single kitten is absolutely priceless.”

A report by Scottish Natural Heritage (SNH) estimated that there were 150 just breeding pairs left in the wild. 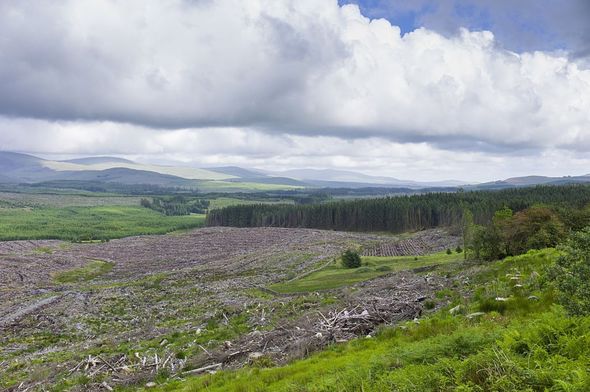 Disease and inter-breeding with domestic and feral cats are among the main threats to numbers of pure-bred wildcats.

SNH said estimates of wildcat numbers in Scotland have varied between 1,000 and 4,000.

However, the agency said fewer than 400 cats with classical wildcat pelage were thought to survive.

However, Forestry and Land Scotland (FLS), which partly replaced the former Forestry Commission Scotland and Forest Enterprise Scotland, said it regarded the protection of the wildcats as being “of the highest priority”. 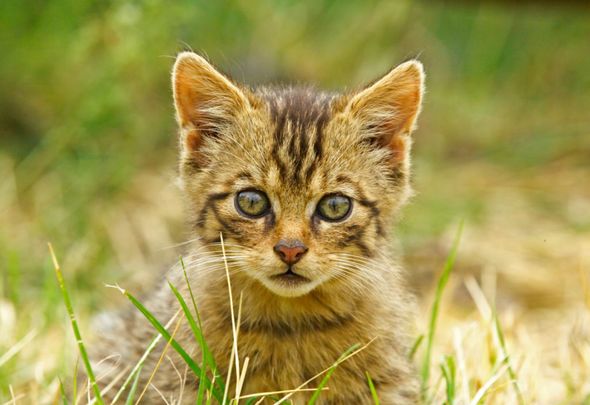 In a statement, FLS said timber felling work was stopped in accordance with agreed protocols and rules with government agency SNH.

A spokesman added: “The conservation and protection of Scotland’s wildcats is of the highest priority requiring a well-informed and collaborative approach to understanding their ecology to give their remaining populations the best possible chance of recovery. 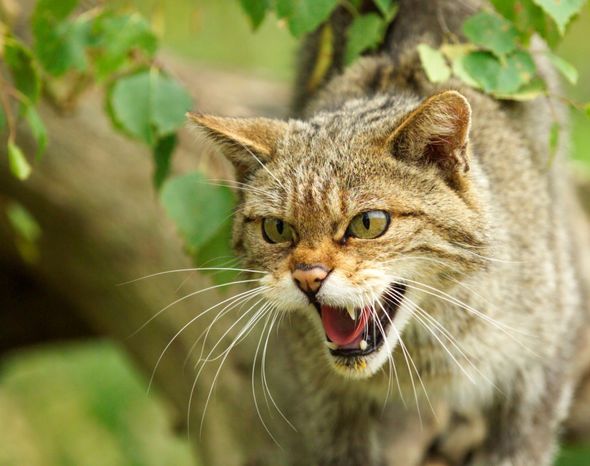 “FLS and its predecessor Forest Enterprise Scotland has worked closely with SWA partners since October 2013 to ensure that the management of Clashindarroch, and other parts of Scotland’s forests and land, enhances their value as important habitat for wildcats.

“Wildcats have successfully co-existed with forest management activities at Clashindarroch for many years and FLS’s aim is to ensure that success continues.”

A Police Scotland spokesman, said this evening: “We are aware of the matter and looking into it.”