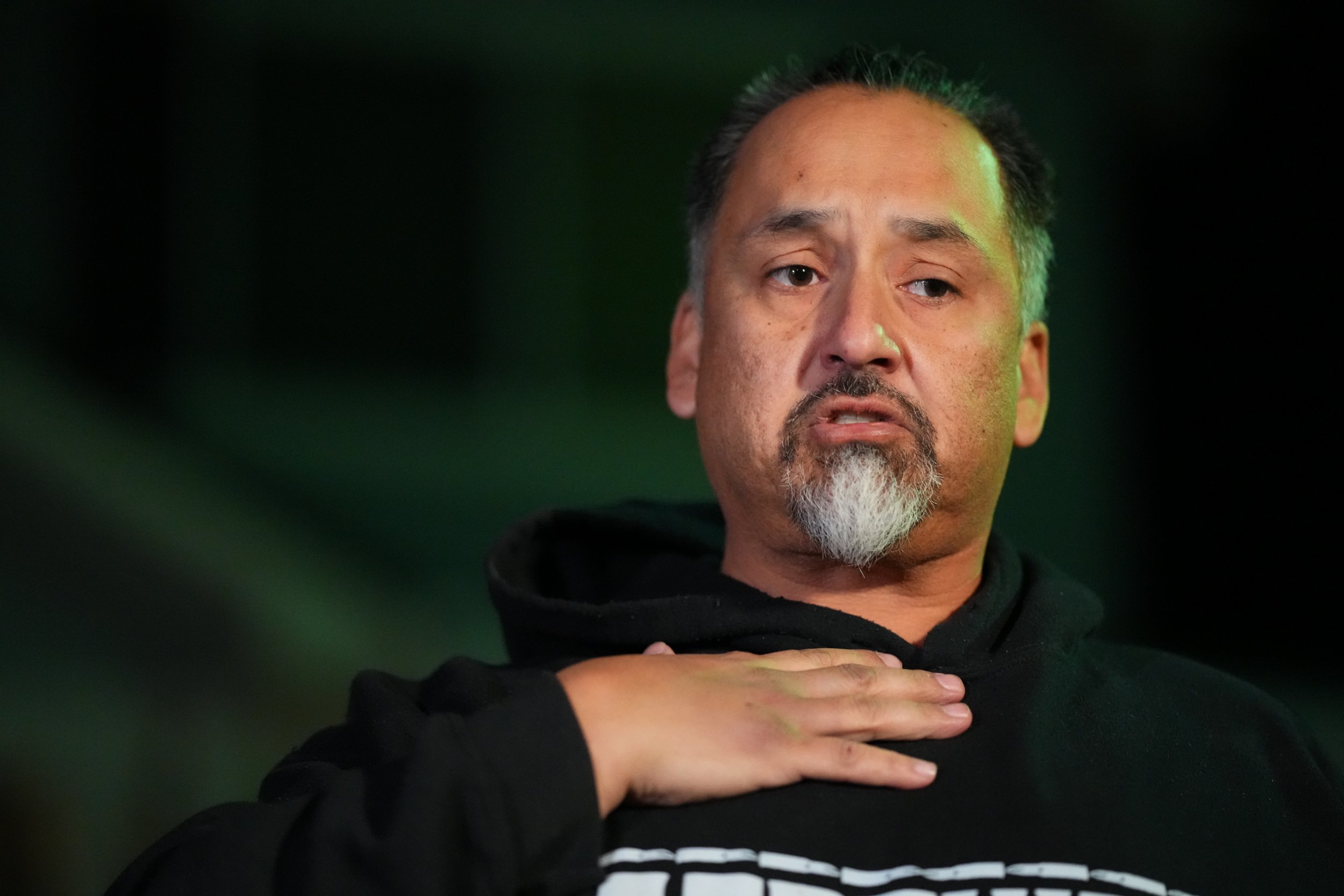 A former soldier tackled a gunman to the floor in the midst of a deadly rampage before a performer stomped on his face with high heels.

The decorated Iraq and Afghanistan veteran beat the killer around the head with his own gun and prevented more deaths in the US on Saturday.

Five people were killed and at least seventeen were wounded when a man opened fire in Club Q, an LGBTQ+ bar in Colorado.

Rich Fierro was attending his first drag show alongside his family to watch a friend of his daughter’s perform when mayhem broke out.

The 45-year-old said a ‘reflex’ kicked in when the shooting started. Describing what went through his head, he told reporters: ‘Go. Go to the fire. Stop the action. Stop the activity. Don’t let no one get hurt.’

He recounted dragging the suspect to the floor by his body armour and grabbing a second gun from the shooter’s hand that he had reached for when Mr Fierro caused him to drop his rifle.

A performer at the show, who officials named as Thomas James, raced to help Mr Fierro and stomped on the killer.

The local mayor described them as ‘two heroes’ who ‘saved a lot of lives’.

Among the dead was Raymond Green Vance, the boyfriend and long-time friend of Mr Fierro’s daughter, of whom he said: ‘He’s a good kid. And I loved him.’

He praised an unidentified man who had been dancing with his daughter for dragging her to safety when bullets started flying.

Another couple who joined his family that evening were also injured in the shooting.

His wife told reporters that his post-traumatic stress disorder symptoms had been triggered in the aftermath of the massacre.

Mr Fierro, who served as a field artillery officer, was awarded the Bronze Star for bravery on two occasions during three tours in the Middle East.

In the chaotic aftermath of the shooting, he was detained and questioned for an hour when police found him holding the gunman’s pistol.

A 22-year-old suspect, Anderson Lee Aldrich, is in police custody.