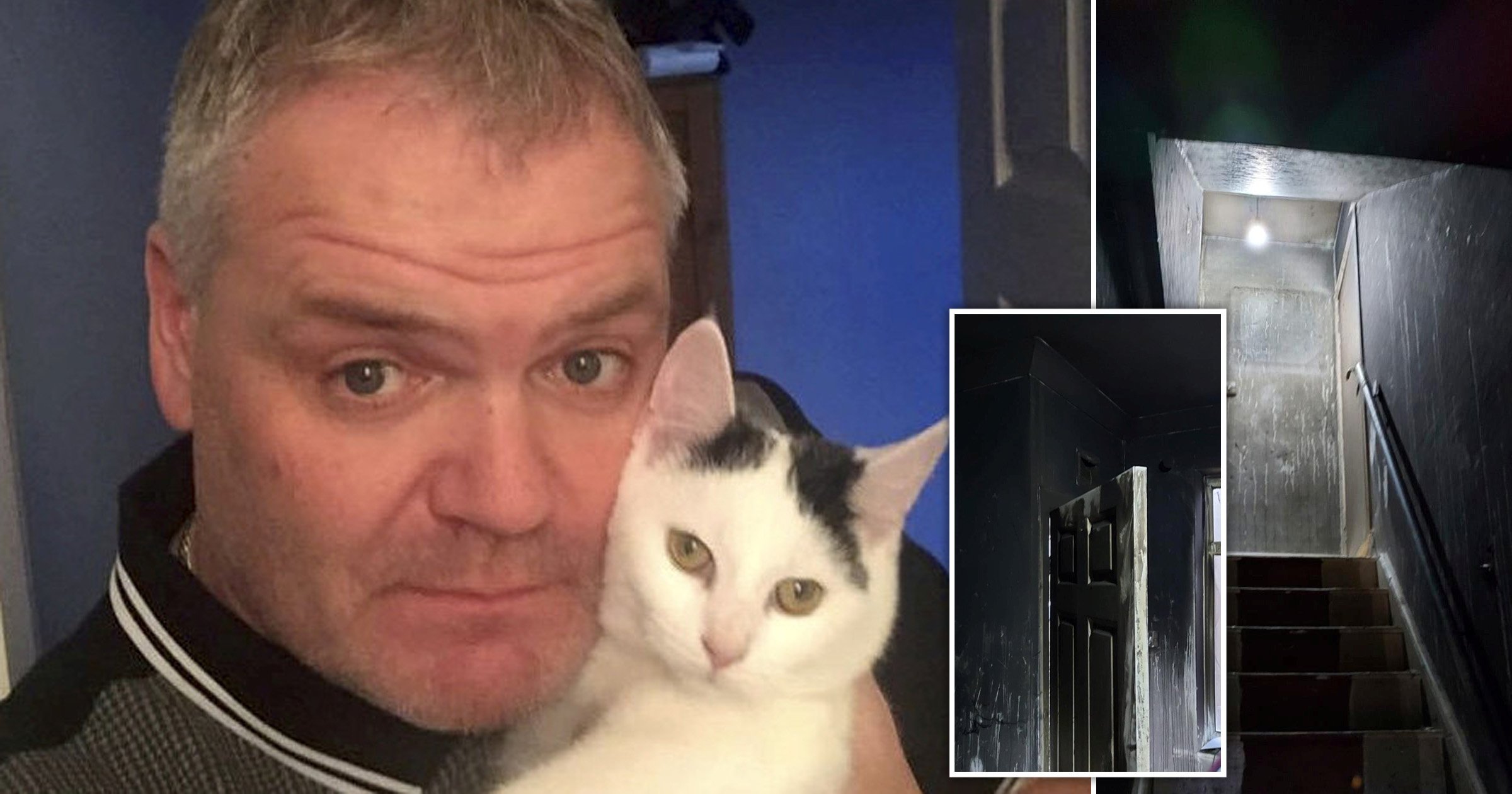 A former soldier has described how his pet cat saved his life by clawing at his face to wake him up as a blaze ripped through his home.

Matthew Slater, 49, was still asleep as smoke billowed into his bedroom, followed closely by flames spreading from the kitchen of his property in York in the early hours of October 29.

He only became aware of the fire when his cat Weller leapt onto the bed, adding: ‘I remember trying to push her off because I thought, “What’s she doing that for?”

‘Then I opened my eyes and saw all the smoke and thought, “She’s obviously trying to get me up”.’

Mr Slater, who now works as a builder, said: ‘I believe 100% she saved my life – I would never have woken up without her.’

Despite losing consciousness several times due to smoke inhalation, he managed to dial 999 while leaning out of the first-floor window.

He recalled: ‘I was out, I was going, I was barely conscious at that time. I said to the woman on the phone, “If you’re not here in minutes, I’m gone!” – I honestly felt that bad.’

The fire brigade arrived just in time, and after kicking down the door, they brought Mr Slater to safety using their breathing equipment.

But when he got outside, he noticed Weller was missing.

He said: ‘I was telling the police, telling the fire brigade, “My cat’s in there! Get my cat!”

‘I can’t remember doing this, but apparently I tried to get back in, but they obviously stopped me. Then I got put in the ambulance, and I was just worried about her.’

Mr Slater spent five hours in hospital being treated for smoke inhalation, and it was there that police broke the sad news that Weller never made it out.

He said: ‘The police actually rang me and said, “Look, we’ve found her. She’s dead, unfortunately”.

‘She was found downstairs, so she must have found her way down there at some point.

‘The smoke had obviously got to her by then. They actually wrapped her up and put her in a box so I wouldn’t have to see her when I got home, which is nice.’

Mr Slater said he was ‘heartbroken’ when he returned home to see that ‘everything had melted’ and ‘all my possessions and everything had disappeared’.

He said: ‘My home insurance literally ran out two weeks ago – the odds of that are just mental. I meant to renew it but it just slipped my mind.’

Putting the financial loss to one side, Mr Slater knows he is lucky to still be alive – something he puts down to Weller’s intervention.

He said: ‘[The medics] said to me that the amount of smoke I toon in – and they looked down my throat – I wouldn’t have woken up naturally by myself.

‘It was already too far gone, which is amazing isn’t it?’

He added: ‘I’ve had dogs in the past that have done things you can’t explain. It was probably to save herself because she needed me to let her out or whatever, but I reckon most of it was to get me up.’

Mr Slater has since ordered a headstone for Weller, who he has had since she was a kitten and described as a ‘great cat’, to commemorate her passing.

His friends have also set up a GoFundMe page to try and raise money to help pay for the damage caused by the fire.