The Tory MP who defected to the Labour Party yesterday claims government whips threatened to withhold funding for a new school in his constituency.

Christian Wakeford, who represents Bury South, said Boris Johnson’s enforcers told him he would lose out on a new high school if he didn’t vote a certain way.

The prime minister is facing calls for a new investigation to be launched over allegations of improper behaviour by government lieutenants charged with keeping the party in line.

Mr Wakeford changed party before the prime minister’s eyes yesterday in a dramatic protest over the handling of the Downing Street parties scandal.

His allegations come after influential backbencher William Wragg claimed Number 10 enforcers had resorted to ‘blackmail’ to halt a rebellion against the PM.

Mr Wragg, who serves as vice chair of the Tory backbench 1922 Committee, said the behaviour amounted to ‘intimidation’ tactics.

The Hazel Grove MP claimed Downing Street staff, advisers and ministers loyal to Mr Johnson had also been ‘encouraging the publication of stories in the press seeking to embarrass those who they suspect of lacking confidence in the prime minister’.

He urged colleagues to report any such strongarm tactics to the speaker of the House of Commons or the Metropolitan Police. 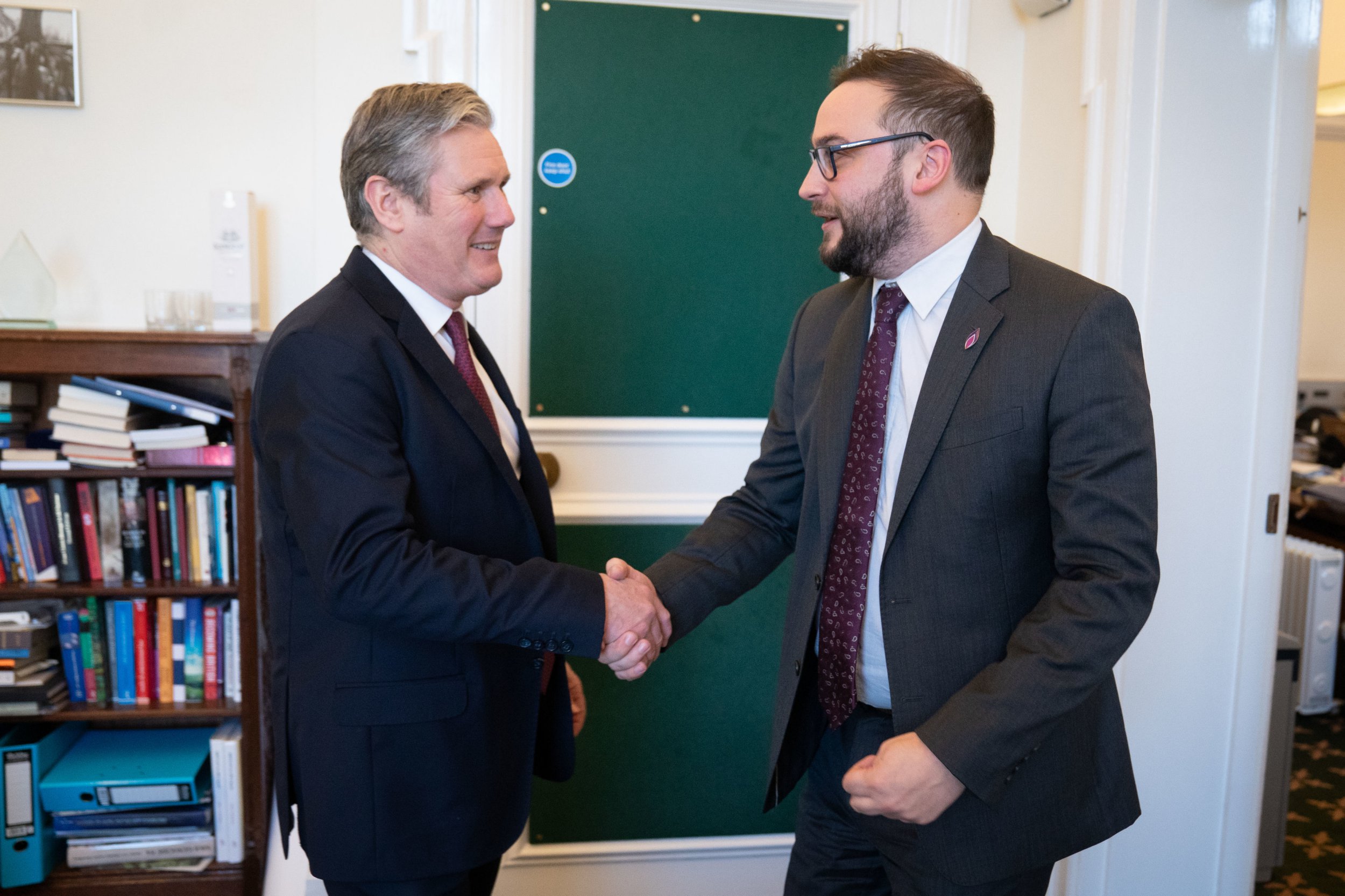 Asked if he had been subjected to such behaviour, Mr Wakeford said: ‘I was threatened that I would not get the school for Radcliffe if I did not vote in one particular way.

‘This is a town that’s not had a high school for the best part of 10 years.

‘How would you feel when holding back regeneration of a town for a vote, it didn’t sit comfortably.

‘That was really starting to question my place where I was and ultimately to where I am now.’

Scotland’s first minister Nicola Sturgeon said it would be ‘corruption’ if investment was being held back from the constituencies of Mr Johnson’s critics, telling ITV the allegations should be ‘independently investigated’.

During a visit to Taunton this afternoon, Mr Johnson responded to the allegation, saying: ‘I’ve seen no evidence, heard no evidence, to support any of those allegations.’

He said he would ‘of course’ look for evidence to support the allegations made by Mr Wragg.

Commons speaker Sir Lindsay Hoyle said it could be a contempt of parliament to obstruct MPs in their work, adding that MPs and their staff are ‘not above the criminal law’.

He added: ‘While the whipping system is long-established, it is of course a contempt to obstruct members in the discharge of their duty or to attempt to intimidate a member in their parliamentary conduct by threats.’

Asked about his dramatic defection, Mr Wakeford told the BBC it was ‘not something I came to lightly’.

He said he had received an ‘incredibly warm welcome’ from the Labour Party and, amid reports other Tories are considering crossing the floor, advised any former colleagues thinking about following him to ‘give me a shout’.

A Tory rebellion against Mr Johnson appears to have eased for now but could swing back into life next week following the publication of a cabinet office investigation.

Sue Gray is expected to present the findings of her probe into lockdown gatherings on the government estate in a matter of days.

Health secretary Sajid Javid accepted this morning that any minister, including the prime minister, who is found to have broken the law would have to resign.

Mr Johnson denies knowingly breaking any rules, telling the Commons he believed a garden party in Downing Street in May 2020 was a ‘work gathering’.