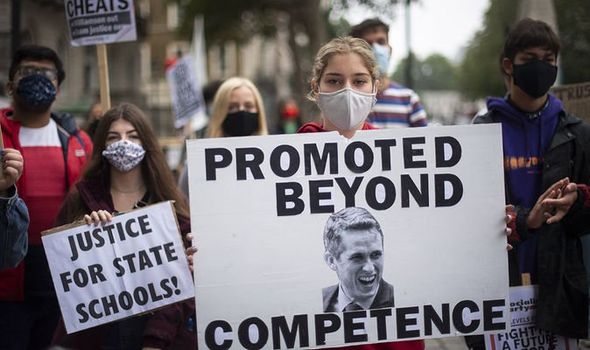 He said: “If you are in a hole, you should stop digging.” Yesterday, hundreds of pupils descended on Westminster to protest over A-level results. Many are vowing to take legal action after seeing their university dreams obliterated.

Thousands of pupils have seen their grades hit by a controversial computer algorithm which is said to have disproportionately affected gifted state pupils from less advantaged regions.

Demonstrators gathered outside the Department for Education.

Many called the results system “classist” and were also seen chanting, “Justice for the working class” outside the building.

Pupils and teachers sat down at the front door of the ministry as hundreds of protesters filled the street.

Crowds also chanted, “Get Gav gone” and held placards calling for the Education Secretary’s resignation over the issue. 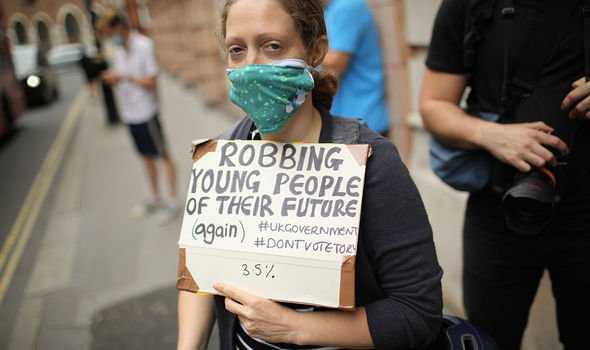 Lord Baker, who oversaw the launch of GCSEs in the 1980s, slammed the “unfair and barely explicable downgrades” of A-levels.

He said: “I urge the Education Secretary to instruct [regulator] Ofqual not to release the GCSE results this Thursday as their algorithm is flawed.

“The A-level results have produced hundreds of thousands of unfair and barely explicable downgrades.

“They have helped smaller private schools but hit the brighter students in a poorly performing state school. 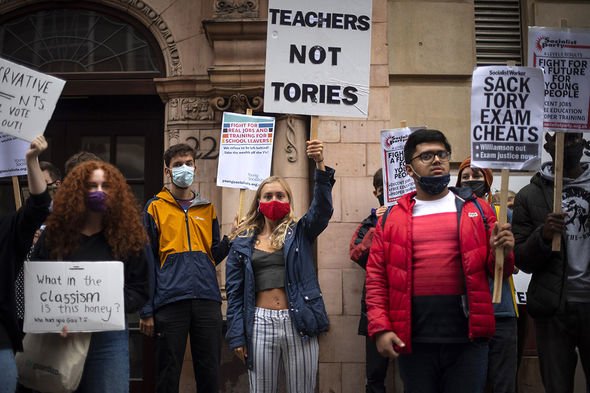 “It is not surprising that various parties are considering legal actions.

“The Royal Statistical Society has claimed that Ofqual has breached its ‘obligation to serve the public good’ and its model failed to ‘achieve quality and trustworthiness’.

“Last week, A-levels were allowed to increase by two percent.

“But for GCSEs this week schools have only been allowed a one percent increase. 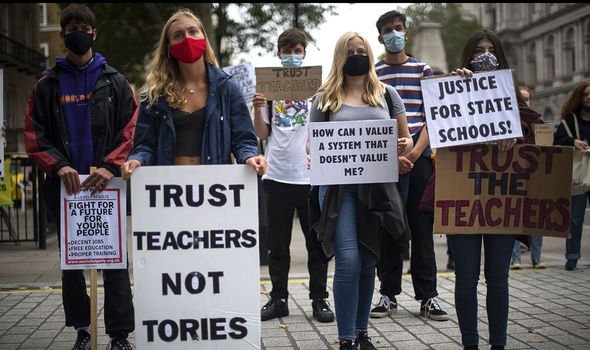 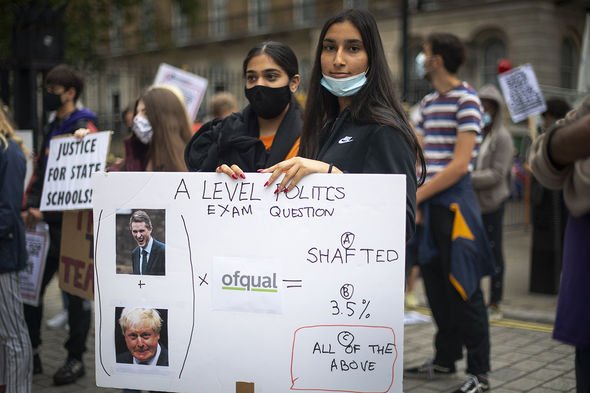 “If you are in a hole, stop digging.

“The GCSE results should be postponed for two weeks. The Government can then decide either to accept the predicted grades or invite heads to resubmit new predictions which should not exceed three per cent of their performance in 2019.”

As the crisis grew yesterday, holiday-bound Prime Minister Boris Johnson was urged to abandon his vacation plans to take charge of the situation.

Ofqual issued guidance on Saturday setting out the criteria for pupils to make appeals on the basis of their mock exam results, only for it to be withdrawn hours later.

Tory MP Robert Halfon, the chairman of the Commons Education Committee, said that the regulator’s actions were “unacceptable”.

He said: “Students and teachers are incredibly anxious, particularly the students who are worried about their future. 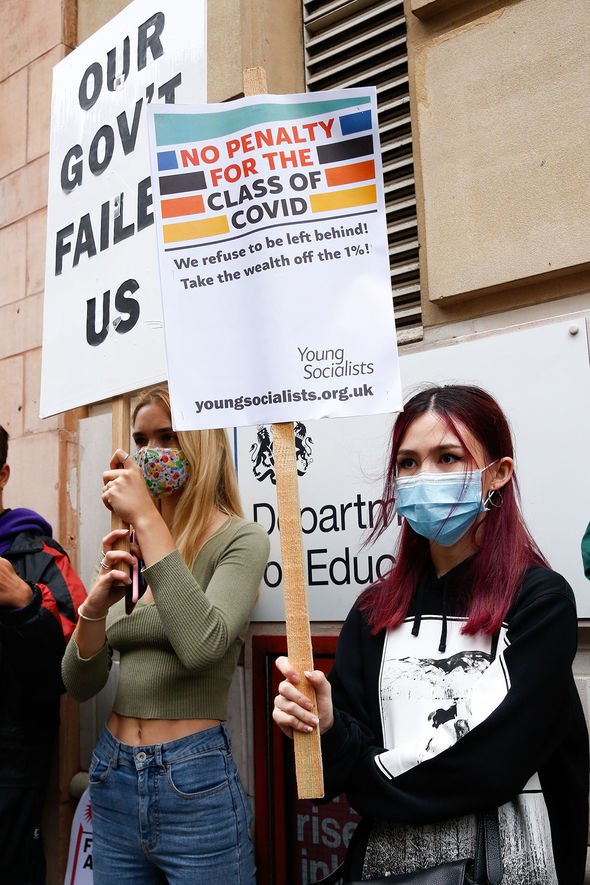 “This has got to be sorted out.”

The suspension of the Ofqual guidance followed claims by Labour that assurances given to students about the appeals process by Mr Williamson were “unravelling”.

Mr Williamson gave a “triple lock” commitment to pupils – that they could use the highest result out of their teacher’s predicted grade, their mock exam grade or from an actual exam in the autumn.

However, the Ofqual guidance said that if the mock result was higher than the teacher’s prediction, it was the teacher’s grade that would count. 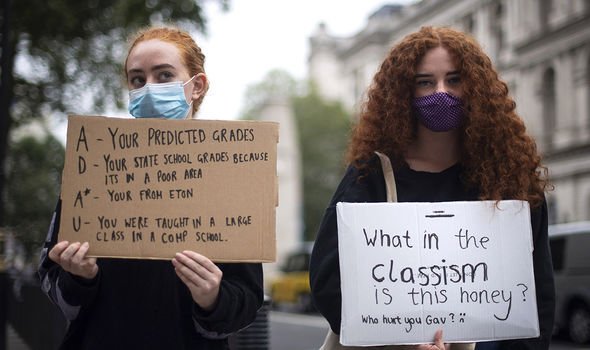 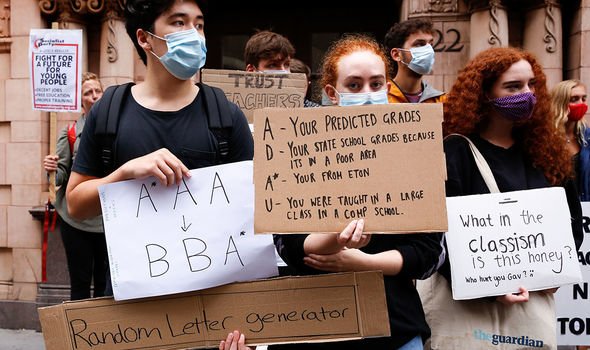 Thursday’s GCSE results will initially be based on teacher assessments and then “moderated” by the Ofqual algorithm to bring them in line with previous years’ results.

Mr Williamson had insisted the process was necessary to prevent “grade inflation” which would render results worthless.