Heartbroken Andrew Roussos, father of eight-year-old Saffie-Rose, stressed that lessons “should have already been learnt” after the 7/7 and 9/11 terror attacks. Salman Abedi, 22, detonated his suicide bomb in the foyer of the venue just as an Ariana Grande pop concert finished in May 2017. A public inquiry has already heard of emergency services’ delays in treating victims and how MI5 was “tipped off” about Abedi months before he struck.

Andrew demanded inquiry chairman Sir John Saunders make sure MI5 and emergency services do not simply view the disaster as another “practice exercise”.

Saffie-Rose’s mother Lisa was seriously wounded in the blast.

Andrew said: “The failures we are all listening to and the excuses we will all sit through, need to stop. Enough is enough, sir. If we are still learning lessons then nothing will ever change.

“Saffie’s life is not a practice exercise for the security or emergency services. Lessons should have already been learnt.”

Speaking after the hearing Andrew, of Leyland, Lancs, said: “Everything went wrong and it’s not good enough. It’s so, so dreadful.” 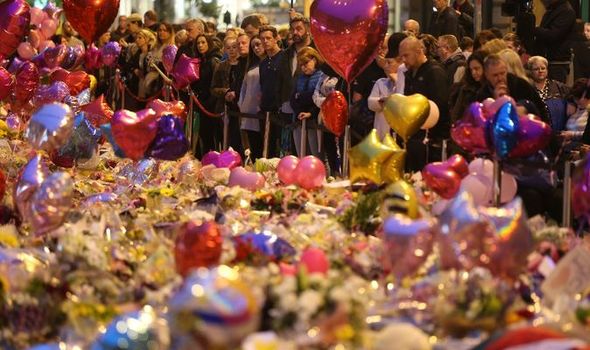 Referring to a mock terror attack staged by the authorities in the Arena foyer the year before Abedi’s attack, he said: “Why have these exercises? Ticking boxes? I’m sorry, but Saffie is not a box to tick.”

His wife revealed the moment she woke from a coma to be told Saffie had died. Lisa said: “The day I woke up Andrew held my hand and looked up at me, I instantly knew. ‘Saffie has gone, hasn’t she?’ He replied: ‘Yes.’ I cried and pleaded with him to let me die too. ‘I can look after her’, I cried. Inside I am dead. My heart is so heavy, it weighs me down. I am so desperate to hold her close.”

She said Saffie played centre stage in her family and if she had to choose three words to describe her, they would be “beautiful, captivating and kind”.

Saffie’s sister Ashlee Bromwich said: “She was a born entertainer and I knew for the rest of her life she would live to put a smile on everybody’s face.”

The inquiry also heard how the family of Wendy Fawell, 50, endured “double heartache” when her father died 11 months after the bombing.

Wendy, a former primary school worker from Otley, West Yorkshire, was the “life and soul of the party”, her family said.

They added: “She tried to mother everyone. She was just a nice and caring person that way.”

The mother of victim Olivia “Ollie” Campbell-Hardy, 15, of Bury, Greater Manchester, told how her daughter passionately wanted to become a song and dance teacher. Charlotte Hodgson said: “Ollie had really wanted to make music her career either as a singer on the West End or as a music teacher.

“It always had to be about music. She told me she was going to be famous one day and she wanted a big house in New York.”

She added: “To the world she is one of the 22 angels. Not to me. She is Ollie. She will never be just a number.”

The public inquiry continues until next spring.