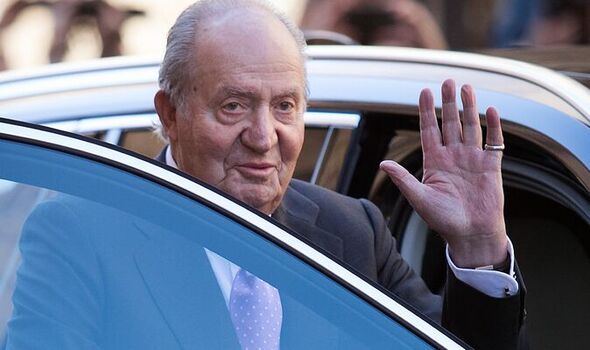 The former monarch left Spain for Abu Dhabi in 2020 after several financial investigations opened in Spain and Switzerland over alleged fraud. Juan Carlos will start his return trip with a visit to Sanxenxo in the northern region of Galicia to attend a sailing regatta. The royal’s yacht, Bribón, will be participating in the competition.

The plans were announced on Wednesday in a statement from the royal Palace.

Juan Carlos plans to stay in Spain until Monday, when he will have an audience with his son, King Felipe.

His wife, Queen Sofía, will also be in attendance at the audience, taking place in the Zarzuela Palace in Madrid.

Sofía remained in the palace after her husband went into exile.

The 84-year-old monarch will not stay in the Zarzuela palace, the king’s official residence.

While prosecutors have since dropped the investigations into Juan Carlos, the former monarch still keeps his permanent residence in Abu Dhabi.

The former monarch, who was previously revered for his role in Spain’s transition to democracy, saw his popularity plummet after a whirlwind of scandals.