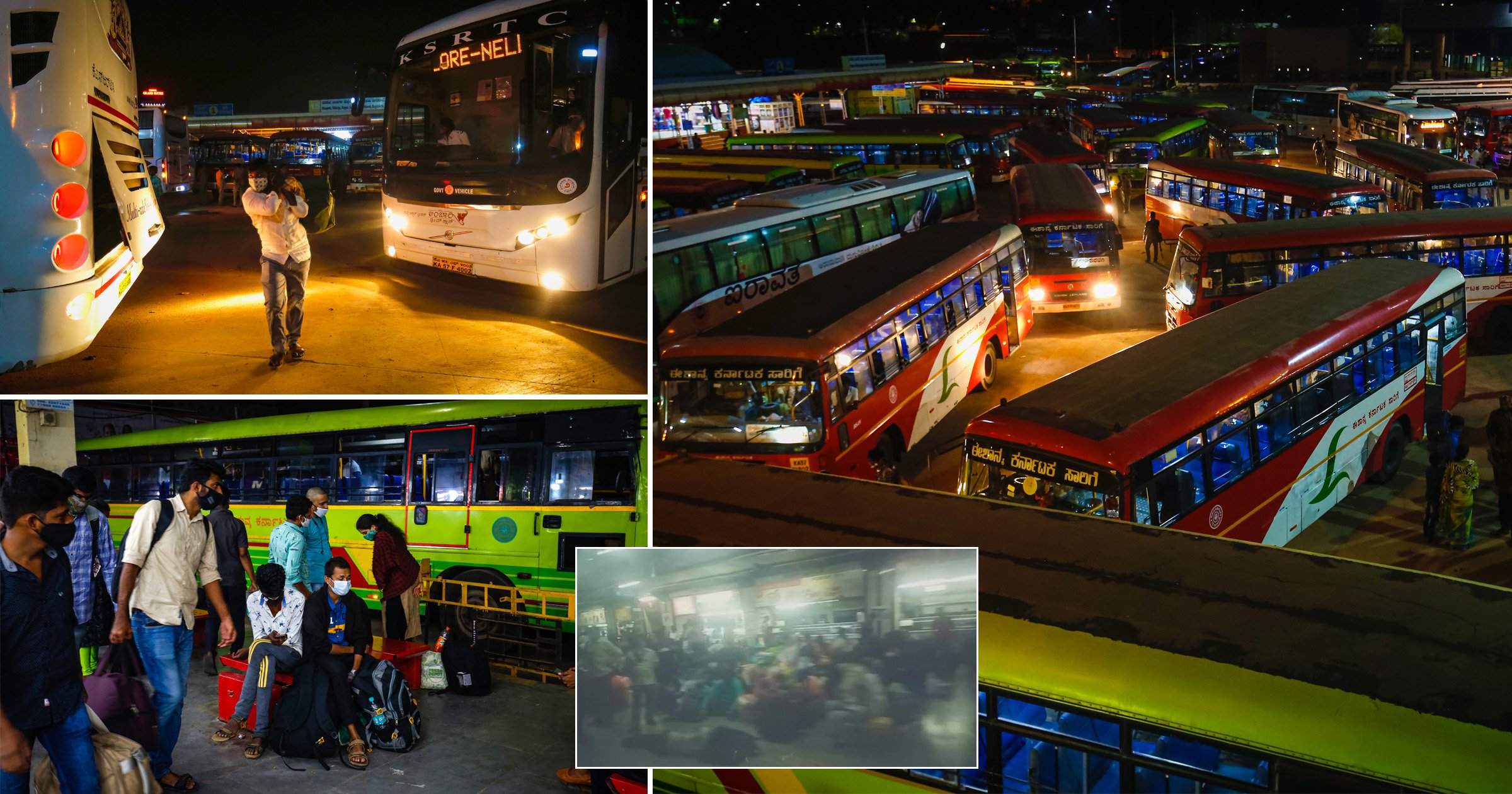 Hundreds of people are crowding onto trains and buses in India, hoping to get home before another lockdown is announced.

Footage filmed from a train passing through Surat station in Gujarat shows crowds piling onto stations in the hope of avoiding having to walk hundreds of miles.

The situation is worsening in the Covid-ravaged country which passed 200,000 deaths yesterday.

Speculation is growing that a second lockdown will be announced imminently, causing a mass exodus from densely populated cities.

The footage was taken by passenger Satish Gadhvi, 33, a shop manager, who was on a passing train.

He said people are fearful another lockdown could leave them stranded, as they work in the cities but their families often live in villages many miles away.

Satish’s partner Debbie Styles, 58, from London, said: ‘My partner was on a fast train from Goa to Gujarat that didn’t stop at that station.

‘He lives in India and has never seen it like that before. He felt really scared, and said “I can’t believe this.” He was in shock.

‘He thinks there were around 500 people on the platform, all trying to get home because they are frightened Gujarat state will be locked down again.

‘They will all pile into the first available train. Those trains are cramped, and when everyone gets on they are just brimming, and there’s no social distancing.

‘Everyone just pushes until the last person can be fitted on. Just imagine the consequences of that at the moment.’

When India last locked down in March 2020 during the first wave of Covid, the restrictions were imposed immediately, without warning.

Debbie said this left people unable to travel by train and forced them to make their own way home on foot.

‘Everything was closed without warning, even the borders, so nobody was able to travel anywhere,’ she said.

‘If there is another lockdown these people will have to make their long journey home on foot, again.

‘Also, there is no support for these people. If they can’t work they can’t eat. I really don’t know how they will survive, and there are so many.

‘My heart goes out to them. We really don’t know how lucky we are in this country.’

Despite recording 360,960 new cases in the last 24 hours – the world’s largest single-day total in the whole of the pandemic – many states have stopped short of imposing fresh lockdowns.

The capital New Delhi and the southern states of Maharashtra and Karnataka are locked down but restrictions are looser in the rest of the country.

Epidemiologist Bhramar Mukherjee, from the University of Michigan, has called for much more measures to slow the spread.

He said on Twitter: ‘At this point, lives are so much more important than livelihoods. Provide assistance to the poor, but please lock down and vaccinate.’