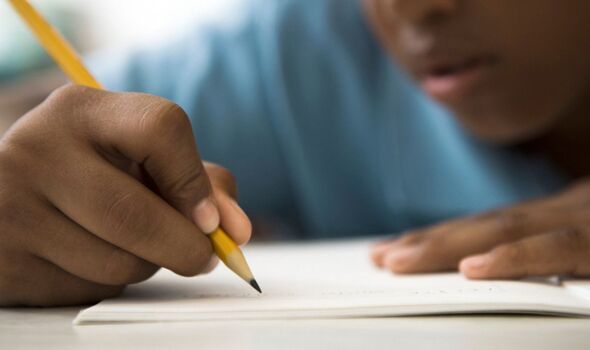 An expert has issued a warning about excessive revision after a dad revealed his plans to make his son study on Christmas Day.

Matt Privet says that, while it may seem harsh, it is his responsibility to make sure his 14-year-old is prepared for his GCSEs.

The 38-year-old, from Devon, who does not wish to be pictured, said his teenager will get to work after opening his presents and that he is also scheduled to do an hour of revision each day throughout the holidays.

However, his son will not be sent to his bedroom alone to get on with it; instead, it will be a family affair.

Matt told The Mirror: “I will be helping my son revise over the Christmas period.

“With exams just around the corner, I want to make sure he uses the time he has to prepare as best as possible.”

The building surveyor added: “It’s important to note that it’s all about balance – we’ll do everything as we normally would do at Christmas but with roughly an hour each day for school work to be ready for January and exam season.

“On Christmas Day, I expect we’ll carve out some time as a family to read and revise likely before lunch after the excitement of the presents first thing.”

Matt appreciates that some parents will not agree with his decision, but says he is being cruel to be kind and has his son’s best interests at heart.

The dad-of-one adds: “It’s important for my son to keep his eye on his schoolwork as it’s very easy for kids to switch off for weeks at a time over the holidays, meaning they go back having to relearn everything from before the break.

“I’m sure some parents won’t agree with me but it’s my job to make sure he’s prepared for his first major exams and a little work over the coming weeks will make a big difference in the New Year.”

Matt’s comments come as a third of parents (32 per cent) are planning to make their children revise during the Christmas period with one in 10 forcing them to revise on Christmas Day, according to research.

The survey of 1,000 parents, commissioned by Save My Exams, revealed that parents are expecting their children to revise for up to six hours on Christmas Eve, Christmas Day and Boxing Day, rather than letting them enjoy the festive break.

According to the findings, dads are the stricter parent with 44 per cent)making their children revise as opposed to only 23 per cent of mums.

The analysis also showed that children in Truro, Cornwall, and London are more likely to be studying over the holiday with 85 per cent and 55 per cent of parents in these areas scheduling revision days.

However, children in Plymouth and Cambridge can breathe a sigh of relief as only 6 per cent and 15 per cent of parents are making their kids work during the festivities.

Jenna Quinn, head of revision resources at Save My Exams, said: “We were surprised by the number of parents who are looking to make their children revise on Christmas Eve, Christmas Day and Boxing Day.

“It’s understandable that parents might want to encourage their children to revise over the Christmas holidays, however there is a fine line between quantity and quality of revision.

“The Christmas holidays are a time for seeing family and friends, relaxing and enjoying yourself.

“Children have more than enough on their plate and a three-day break from their revision on Christmas Eve, Day and Boxing Day won’t do any harm.

“In fact, making children revise excessively may do more harm than good and may well cause friction between families.

“Our advice is to sit down with your children and work out a revision plan where you can agree on time off for them to enjoy themselves but also decide on set dates and times where they can get stuck into their revision.”