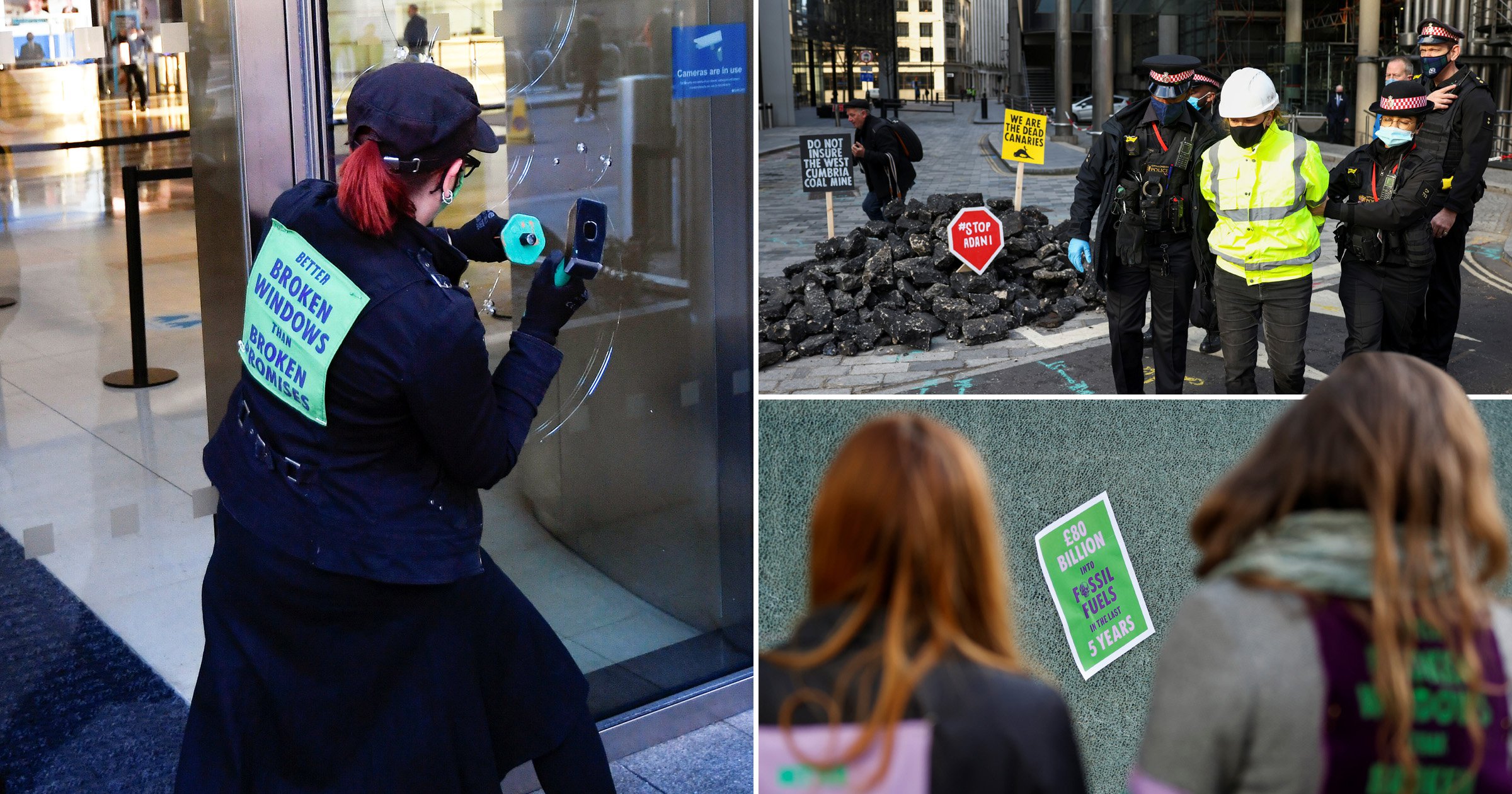 Environmental protests have continued in the heart of the city of London despite nine activists being charged with criminal damage.

Extinction Rebellion dumped a tipper truck of fake coal outside the headquarters of Lloyd’s of London this morning, blocking the main entrance to the building.

Demonstrators said they were trying to ‘highlight the role of the insurance industry in fuelling the climate and ecological crisis.’

The action is the latest in a series of protests targeting companies in the financial sector for their perceived role in causing climate change.

Nine women have been charged by the Metropolitan Police in relation to a separate protest held yesterday on Earth Day at the headquarters of HSBC in Canary Wharf.

Windows at the bank were smashed by protestors using hammers and chisels and wearing patches that said ‘better broken windows than broken promises.’

The Bank of England, Barclays and Shell have all been targeted in recent weeks as the controversial environmental group ramps up activity again after lockdown.

Those arrested over the HSBC protest will appear at Highbury Corner Magistrates’ Court on Friday, charged with criminal damage.

One of those who took part in the Lloyd’s protest, who only gave the first name ‘John’, 41, said: ‘Lloyd’s of London continues to insure the world’s biggest fossil fuel projects.

‘After many polite requests, they’ve refused to rule out underwriting even the most controversial projects like Adani’s mega coal mine in Australia or the West Cumbria coal mine in the UK.

‘We’re here today because we’re not willing to accept any more excuses, delays or half measures.’

Lloyd’s, the world’s leading insurance and reinsurance marketplace, could not be reached for immediate comment.

Some major Lloyd’s insurers have ruled out insuring the Carmichael mine, from which Adani plans to start producing 10 million tonnes of coal per year from 2021.

Lloyd’s has asked members to stop providing new insurance cover for thermal coal, oil sands, or new Arctic energy exploration from Jan. 1, 2022, with a target of 2030 to phase out the renewal of existing cover.