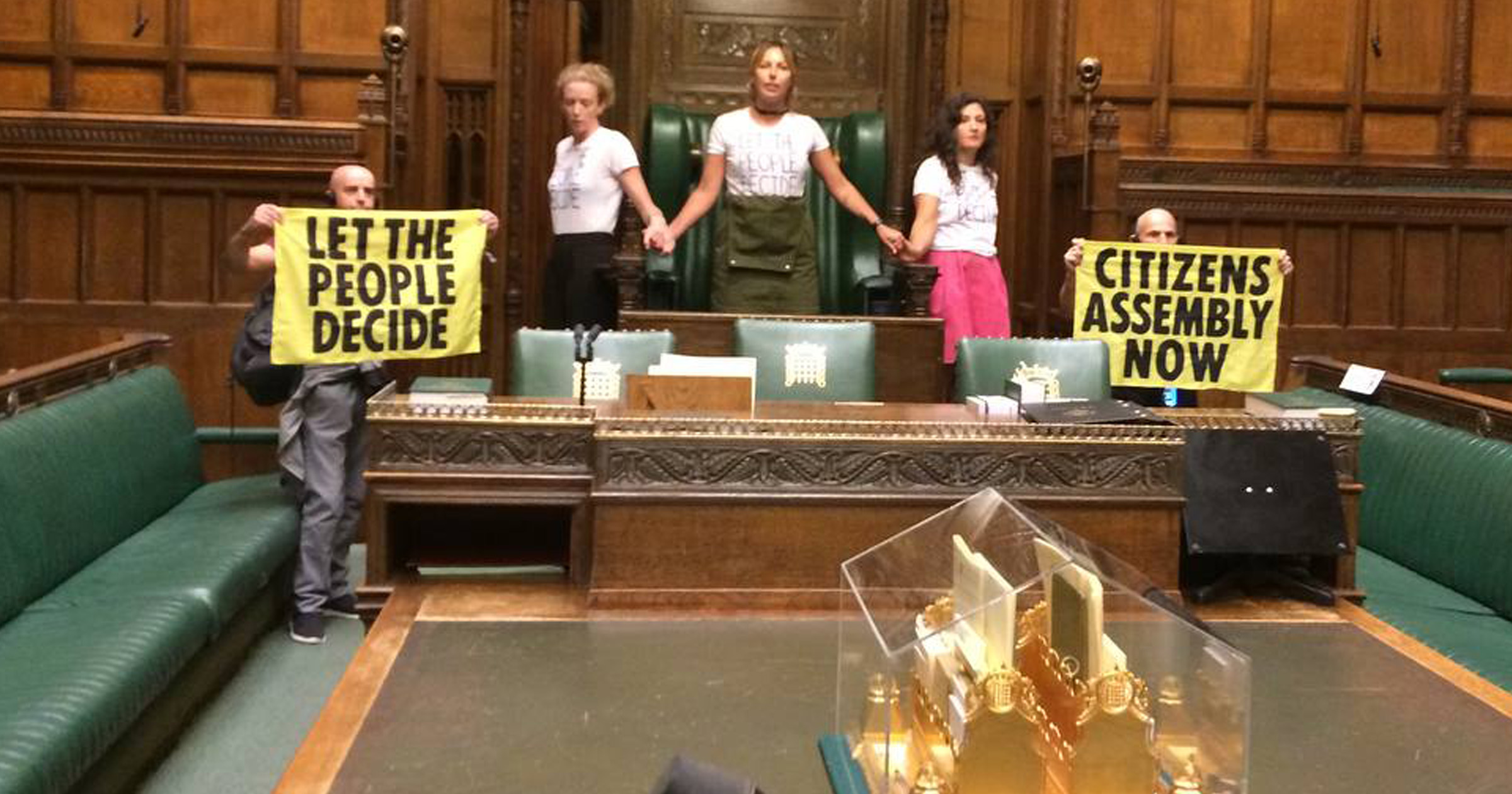 Extinction Rebellion protesters have glued themselves to the Speaker’s Chair in the House of Commons.

The environmentalist group shared a picture of three of its members hand-in-hand infront of the seat.

Two others stood beside them holding up signs saying ‘Let the people decide’ and ‘Citizens’ assembly now’.

A speech was read out in the chamber, saying: ‘We are in crisis. We can not afford to carry on like this…’

Two protesters could also be seen with locks around their necks and connected to the front gates of the Houses of Parliament.

The group – known for its high profile stunts drawing attention to the climate crisis – also dropped banners across the Palace of Westminster.

Extinction Rebellion said around 50 people were involved in the ‘non-violent’ action at Westminster.

They said three people booked on an official tour of the building before gluing themselves to the speaker’s chair.

Alanna Byrne, of Extinction Rebellion, said: ‘It is possible to change things and update politics so it really represents ordinary people.

‘Independent citizens’ assemblies can show that those blocking progress in Westminster have no democratic mandate to continue destroying the environment and give power back to people.

‘Selected like a jury and supported with independent, expert knowledge, this is true democracy that reflects the diversity of the population.

‘But to create a new, fairer politics will require first thousands, then millions of us. It will require sustained culture-shifting civil disobedience, until we become impossible to ignore.

‘Then, when there’s enough of us, positive change will become inevitable.’

A citizens’ assembly is a body of randomly selected citizens to learn about and deliberate on important issues.

Extinction Rebellion says this will help ‘cut through the corruption in Westminster, update politics and let the people decide’.

Both the Commons and the Lords are still on their summer recess until Monday.