The Earl and Countess of Wessex visited Manchester to view the scores of tributes left for the late monarch in St Ann’s Square. Sophie steadily worked her way across one group of people gathered against a barrier, greeting individuals with a grateful smile and thanks for their support. Speaking to one woman in the crowd, the Countess of Wessex described the national mourning period as an “extraordinary event” as she clutched a bouquet of flowers. Before she continued her sombre procession along the crowd, Sophie shook the woman’s hand a final time and said: “I really do appreciate the support, thank you very much.”

Sophie said: “It’s just amazing support…going among crowds of people. It’s been such an extraordinary event.”

As she progressed through the line of well-wishers, she could be heard saying: “We do really appreciate the support. Thank you very much for coming today.

“Thank you, you’re very kind. We really appreciate it.”

Prince Edward navigated another portion of the crowd in the city’s centre, thanking individuals for taking the time to pay their respects.

The couple, both dressed in black, accepted floral tributes from mourners, laying items in a dedicated section of the square which displayed images of the late Queen Elizabeth II.

The Earl and Countess visited Manchester following Wednesday’s procession of the Queen’s coffin from Buckingham Palace to Westminster Hall.

The Queen’s body will lie in state for four days ahead of her state funeral on Monday, allowing members of the public to visit her coffin in London.

Before greeting the public, Prince Edward and Sophie attended Manchester Cathedral where they read from the book of condolence.

With the building closed to members of the public, the royals honoured the memory of the Queen by lighting candles in a private ceremony.

After spending time among the crowd, the Earl and Countess of Wessex were rewarded with a round of applause as they said goodbye.

Just before the pair departed, Sophie rushed back towards the barrier and embraced one member of the public in a hug. 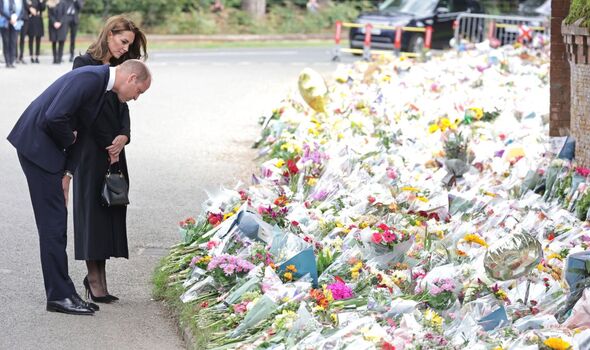 Elsewhere, William and Kate, now Prince and Princess of Wales, greeted mourners outside the Sandringham Estate.

Thousands of people turned out to catch a glimpse of the royals as they arrived to view the sea of flowers left in Norfolk.

The occasion marked the couple’s first public engagement since their official appointment as the Prince and Princess of Wales.

Prince William, at points, crouched to read letters from members of the public in tribute to his grandmother before the pair spoke with the crowd, thanking them for their support. 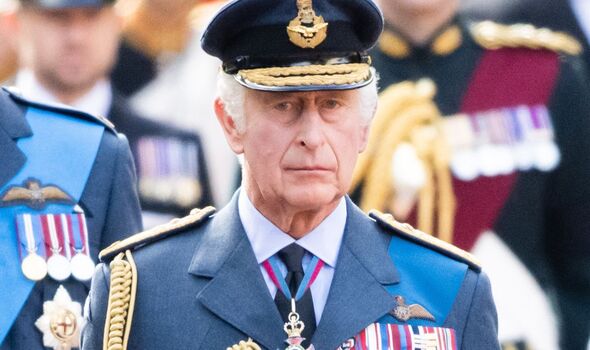 While some members of the Royal Family continued public engagements, King Charles retreated to his Highgrove estate for a private day of mourning.

The deliberate pause in the King’s public duties is reported to have been a pre-arranged aspect of the detailed “London Bridge” plan surrounding the Queen’s death.

Prince Harry is not expected to make any public appearances as Thursday will mark his 38th birthday.

It is not known exactly how the Duke of Sussex plans to spend the occasion, although he is expected to remain in private mourning with his close family.