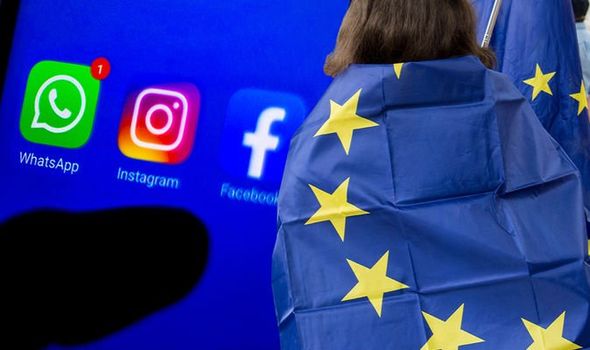 Facebook and its affiliated services such as Whatsapp and Instagram are reporting severe outages which has affected hundreds of millions of people. Many people have taken to Twitter to express their frustration, and some say the blame lies with Brexit.

Many remainers have claimed that the issues experienced by the masses is due to Britain leaving the European Union.

Twitter was flooded with messages laying the blame at the door of Brexit and the Government, including Prime Minister Boris Johnson who helped push forward Britain’s exit from the bloc.

User @legars_92 tweeted about the outage and added “F****** Brexit!” to express his dismay that the three major platforms weren’t working.

While others also expressed their fury, and likened the outage to the fuel crisis impacting the UK currently, and the food shortages witnessed in supermarkets nationwide.

One user – @priteshpatel9 – wrote “Is Facebook, WhatsApp and insta down because of supply chain issues? Workers? Brexit? Fuel shortage?”

The sentiment was echoed by @MemoryL66809557 who referred to the series of incidents as signifying “the end of the world”.

They wrote: “Pandemic, Fuel shortages, Brexit, Food shortages polar ice-cap melting and now Facebook down. If that doesn’t signal the end of the world then I don’t know what does.”

Another user queried whether the outage was due to a cyber attack, or “yet another Brexit teething problem”.

@HaddenhamJohn wrote: “Facebook and Whats App are down. Is it a cyber attack or yet another Brexit teething problem?”