It all started when Anthony Cooper, who runs MG Mobile Mechanics in Rhyl, Denbighshire, posted an advert for a nearly new Samsung Galaxy Note 2 on Facebook’s North Wales Marketplace. Mr Cooper was offering buyers the phone at the bargain price of £550, almost half of the nearly £1,000 it cost him brand new.

Just 30 minutes after the advert went live, he was messaged by a person claiming to be the daughter of a kindly-looking older woman called Joan from County Durham.

“But then certain things started to sound strange and I grew suspicious it was some kind of scam.

“I thought I’d play along with it for a lark.” 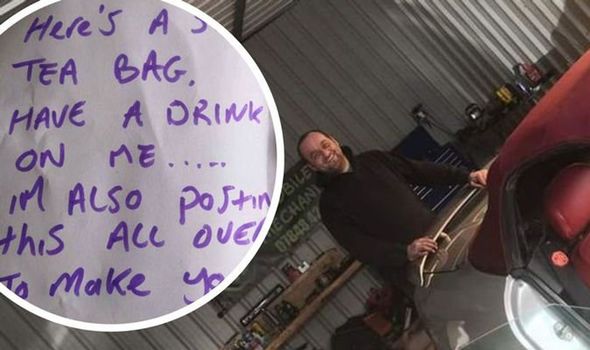 After negotiating with the person posing as Joan’s daughter on WhatsApp, Mr Cooper became increasingly suspicious.

He had these doubts confirmed when the buyer turned out to be a man based in London.

Mr Cooper decided to search the phone number on Google, which led him to discover that the contact details had been linked with a range of Facebook scams.

It was at this point that he decided to give the scammers a taste of their own medicine.

Instead of sending them the phone he was selling, he dispatched a box containing some custard creams and what he called a “cheap and nasty” teabag. 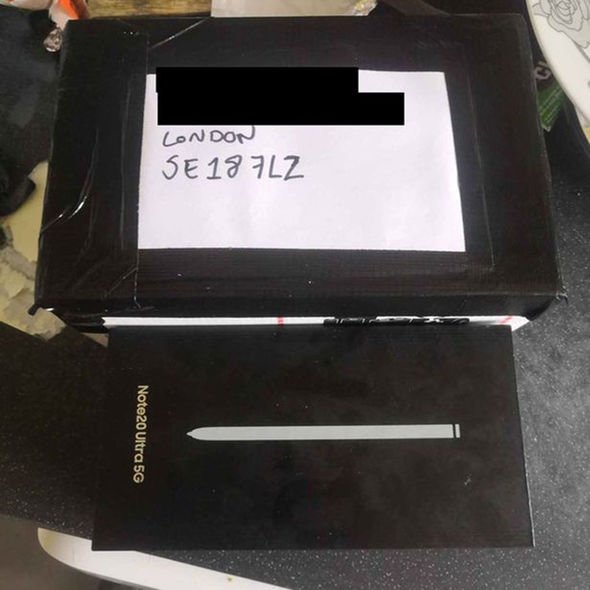 He said: “They insisted I video myself wrapping up and packaging the phone.

“Ironically, they were concerned about getting scammed and wanted to make sure I wasn’t sending a fake phone or something.

“So I filmed myself packaging the phone, then made up a separate box for the teabag.

“I added in a couple of biscuits to make the package feel heavier.”

Mr Cooper also left a message for the con artists in the box: “Here’s a s**t teabag. Have a drink on me.

“I’m also posting this all over Facebook to make you famous.” 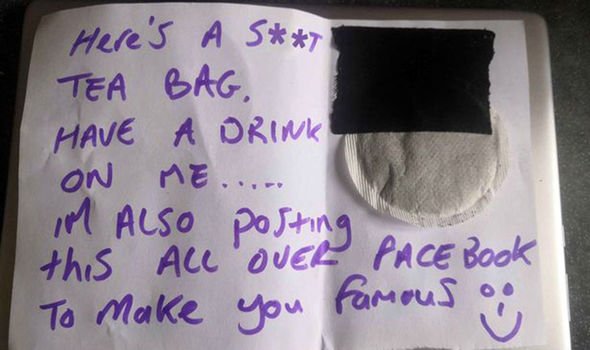 After getting confirmation that he had been paid the £550 plus £10 postage, Mr Cooper dispatched the parcel containing the tea bag and biscuits.

Not long after, he was directed to an email professing to be from NatWest.

The email stated that there was an issue with the funds being released into his account.

Mr Cooper stated: “Apparently the transaction was 99.9% complete but first I had to send £400 in Amazon vouchers to the buyer.

“The email looked genuine – it had the logo and everything.

“But it landed in my junk folder and by now I knew what they were up to.

The fake parcel cost Mr Cooper £3.20, which he said was “money well spent.” 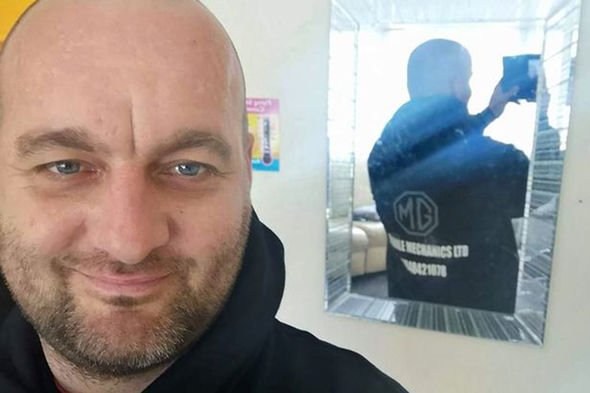 He said his only wish was that he could have seen the look on the faces of the scammers when they opened the parcel and realised they had not succeeded in ripping him off.

“A lot of people on Facebook said I should have sent dog poo, as that’s what these people deserve,” he said.

“But I wouldn’t do that because it wouldn’t be fair on the posties who have to deliver it.

“If only there had been a camera in the box – I would loved to have been a fly on the wall when they opened it.”

Mr Cooper is hopeful that sharing his experience will prevent others falling victim to similar online scams.

He said: “If by doing this I can stop one elderly lady from being scammed, it will have been worth it.”