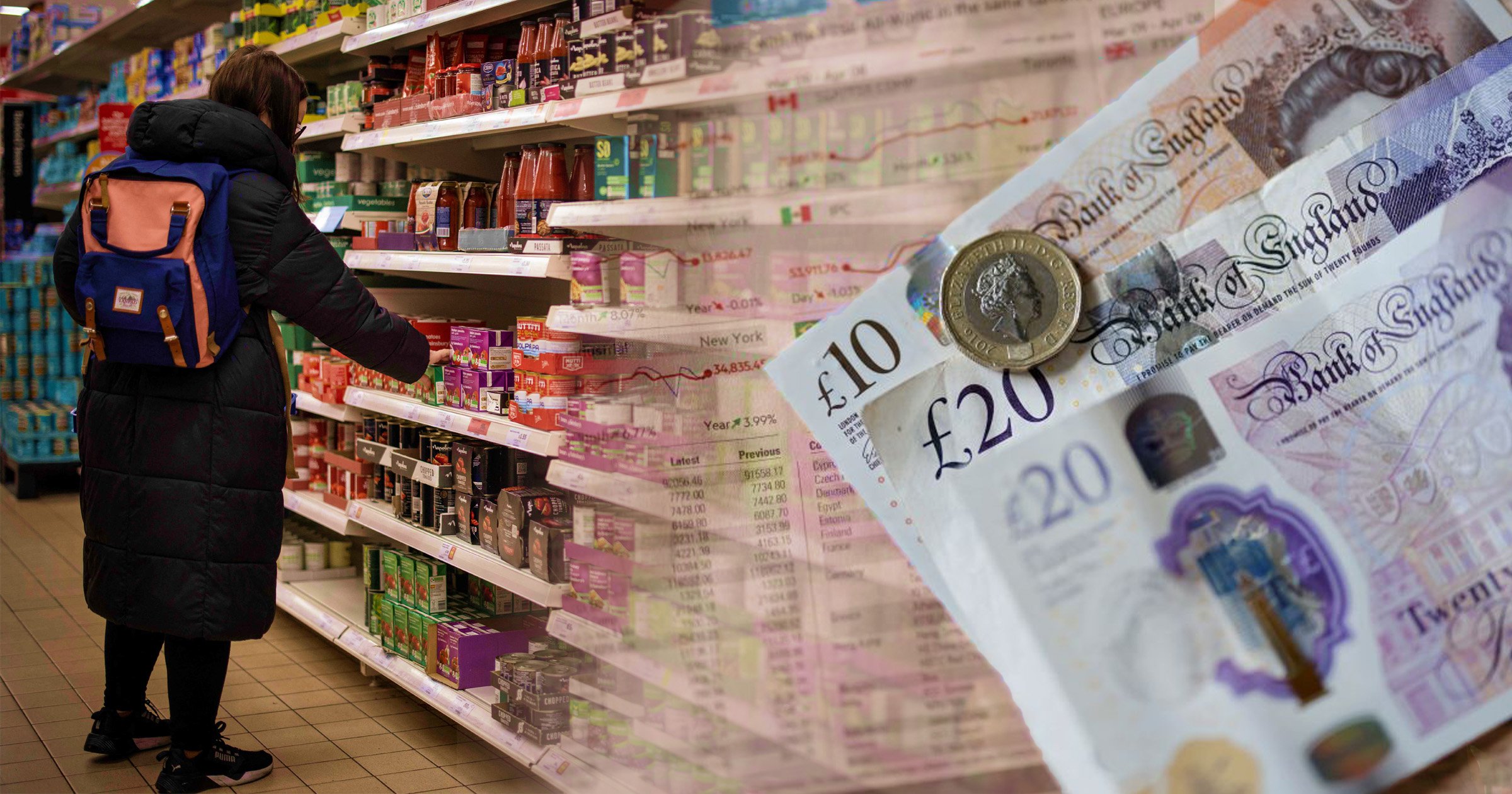 Families face being left around £100 per month short of what they need to cover their spending as prices rise faster than incomes amid the cost of living crisis.

A report by the Yorkshire Building Society estimates that average weekly incomes could increase to £680 by 2024 – but average weekly household spending may reach £705 amid record-high levels of inflation.

This projected gap adds up to a shortfall of around £100 per month.

It comes as experts predict the UK will fall into a recession this year, with around 1.5 million families struggling to pay for food and bills.

There is increasing evidence the cost of living crisis is now having a negative impact on mental health, with charities urging the government to do more stop people falling into debt and destitution.

A survey of 4,000 people was carried out alongside economic analysis from Cebr to examine the financial resilience of households.

Nitesh Patel, strategic economist at Yorkshire Building Society said: ‘Costs are rising at a considerably higher rate than income, and will soon overtake income altogether. This level of inflation will see savings quickly depleted for those who have them if action is not taken.

‘The concern is not only the here and now – but the knock-on effect of depleted savings for the future. Those planning to buy a home, for example, may have to wait considerably longer whilst they build up their savings again.’

More than two-thirds (67%) of those surveyed are worried about the impact the crisis will have on them and nearly half (46%) said it is already having a negative impact on their mental wellbeing.

The results echo a separate survey by BritainThinks, which found the cost of living was now the dominant concern for UK households, with 90% worried about the effects of rising prices.

Another analysis by Shawbrook Bank showed that 18% were already losing sleep over the issue and a quarter said that managing their finances was their leading cause of stress.

Mr Patel called on financial institutions ‘such as our own’ to help, saying they have ‘a responsibility to educate people as much as possible about the real impact this crisis can have and offer any guidance we can’.

Separately, the National Institute of Economic and Social Research (NIESR) predicted the UK will fall into recession this year.

NIESR said that a combination of rising prices and measures in Chancellor Rishi Sunak’s Spring Statement, such as the decision not to scrap a planned rise in National Insurance tax, are hitting the poorest households hardest.

The think tank called on the government to raise Universal Credit by £25 per week between May and October and give £250 each to 11.3 million lower income households.

They said: ‘Without this targeted support we expect a further increase in extreme poverty’, adding that about half a million households would ‘face the choice between eating and heating’ without these payments.

The government, which was criticised yesterday when it failed to announce immediate new measures to help working families in the Queen’s speech, has signalled that more financial assistance is imminent.

Boris Johnson told MPs in the Commons: ‘We will continue to use all our ingenuity and compassion for as long as it takes.

‘My Right Honourable friend the Chancellor (Rishi Sunak) and I will be saying more about this in the days to come.’

It is not clear what form the extra help will take, but the Treasury has made it clear there are no plans for an emergency budget.