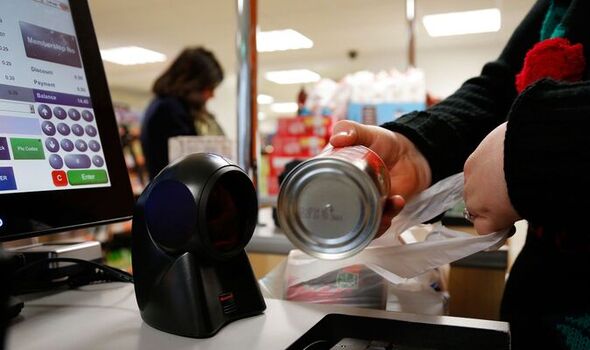 Save the Children says households are no longer cooking family meals as they “simply cannot afford the cost of putting on the oven.” Figures collated for the Sunday Express by the charity show since April the average family is paying an extra £830 a year in energy bills whilst also experiencing an average £552 annual drop in real wages due to rising prices.

Its analysis shows families on low incomes – both those who are working and those who can’t work – have lost an average of £55 per month since April – including any extra help announced by the government. It says many families are no longer boiling kettles or heating meals to avoid debt.

The figures follow recent research from the anti-poverty charity, the Trussell Trust, which shows 33 percent of parents admit to skipping meals to feed their children. Last week it reported it gave out 2.1 million food parcels over the last year, an increase of 14 percent compared to pre-pandemic levels. 832,000 of these parcels went to children.

Dan Paskins, Director of UK Impact at Save the Children said: “What we are seeing now is something that none of us has seen in our lifetimes. People – including working families – are now avoiding cooking family meals and eating cold food in cold homes. Many simply cannot afford the costs of putting on the oven and cutting down on electricity. It costs around 21p to boil a kettle. If you boil the kettle twice a day for a month, it would cost around £12. It costs around 42p to cook something in the oven for half an hour (including the time to heat up), so around £12 to cook one hot meal in the oven per day. When you are counting every penny all these things become barriers and added up everyday tips people over into debt.”

He added: “People are living off sandwiches, bread, cold or tinned food. This is very limiting, reducing the nutritious meals that we want for our children. Food banks are also responding and we have found people are rejecting food that involves heating up. The government needs to act.”

ONS figures published last week found nearly a quarter (23 percent) of adults reported that it was very difficult or difficult to pay their household bills in the last month; 4 in 10 (43 percent) were struggling to pay their energy bills, and 17 percent reported borrowing or using more credit than they did a year ago.

The figures come as a new report from the housing charity Shelter found that the cost of living crisis also puts people at increased risk of homelessness. It has been calculated that private renters are currently being handed no-fault eviction notices every seven minutes.

Polly Neate, Chief Executive of Shelter, said: “It’s appalling that every seven minutes another private renter is slapped with a no-fault eviction notice…

“With inflation and bills skyrocketing, renters desperately need a secure home as many will struggle to stump up the costs of having to move unexpectedly.”

Kasey Moseley, 30, from Solihull is teetering on the edge of debt despite the fact she works full time as an office administrator.

Kasey, a single mother of a 13-year-old daughter has been going to work with a longstanding chest infection because taking time off would mean losing money and would struggle further to pay her bills.

She said: “I’m working to live. My biggest concern is fuel. I cannot walk to work because it is off a motorway and I also have to pay for fuel to take my daughter to football games. My daughter is now nearly as tall as me, in women’s clothes and shoes which are more expensive. The soles of her school shoes recently came loose and I am worried about how I will afford to buy her a new pair.”

Miss Moseley, who also works as a campaigner for Save the Children added: “Many people are struggling like this and many are working families — eating the same meal all the week and batch cooking to save on fuel costs. England is one of the wealthiest countries in the world. It shouldn’t be this way.”