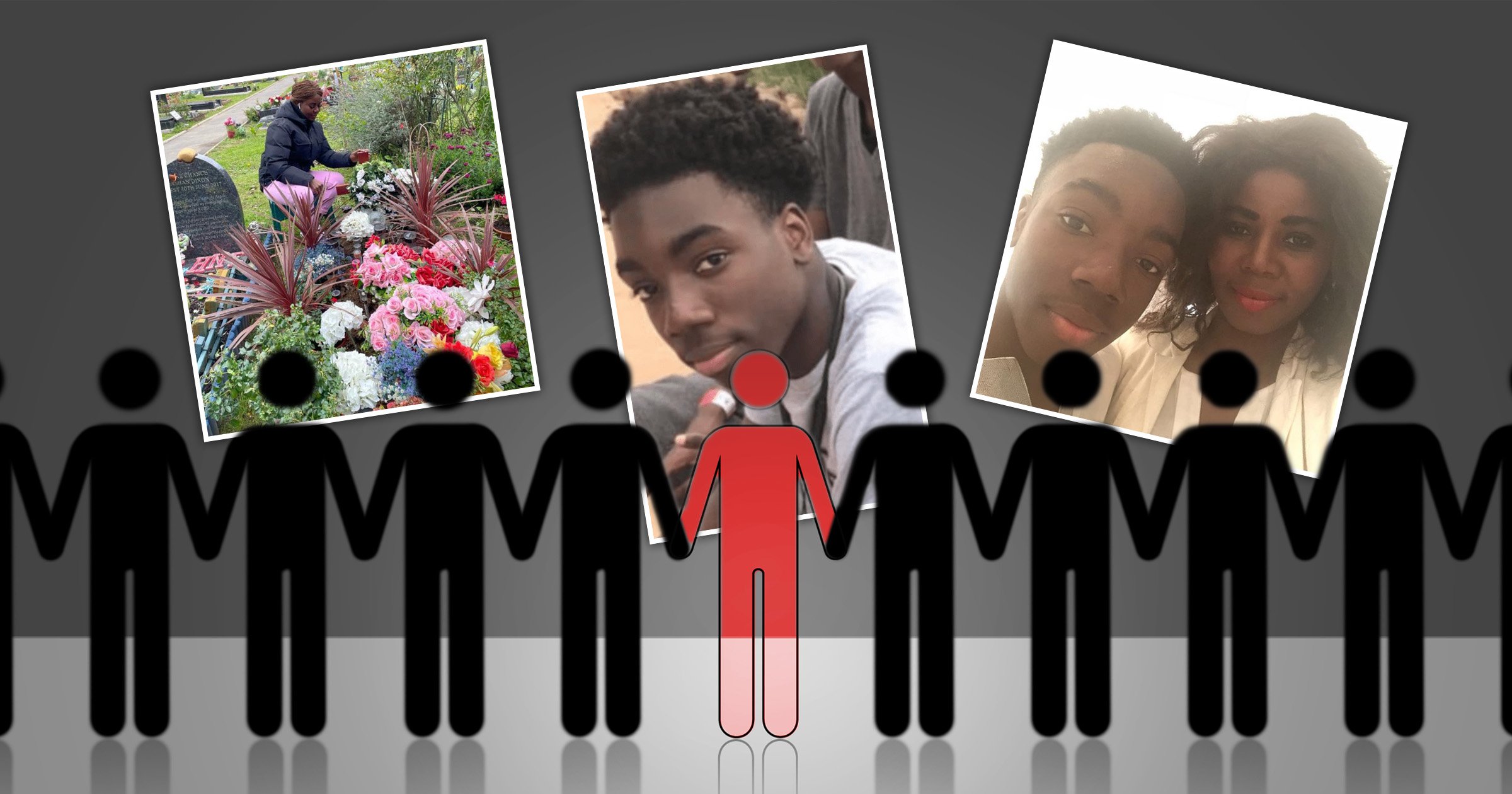 Families of missing people of colour have told a national charity that they have suffered discrimination when trying to raise the alarm.

Missing People is today calling for ‘urgent’ work to ensure that all reports made to the police and other agencies are treated on an equal footing.

The UK charity, which is launching a briefing report and new guidance, said it had heard of reports being rejected, treated as a low priority and of loved ones being ‘criminalised’ by police.

Metro.co.uk has highlighted the issue for our State of Racism series, showing a disproportionate number of Black people have gone missing over the last 10 years.

Statistics suggest this is a growing problem, with one campaigner suggesting the current picture is only the ‘tip of the iceberg’.

Black people make up 3% of the population of England and Wales but 14% of the missing persons population, according to official figures.

Missing People Chief Executive Jo Youle said: ‘Last year, we asked people with lived experience to come forward and help us to better understand this issue. We also reviewed historic files and spoke to professionals, including our front-line team.

‘We heard about situations where missing person reports were not accepted by the police, where concerns weren’t taken seriously, or missing people weren’t prioritised. Families felt that their loved ones were criminalised, or that assumptions were made due to their race.’

The term ‘people of colour’ is used in the paper as an inclusive phrase to describe people from different racial groups who are not white.

One respondent to a survey carried out by the charity, who asked to remain anonymous, said: ‘The impact has been very heart-breaking, causing extreme anxiety, depression and feeling helpless and alone.

‘There was high evidence that many people that I knew of colour also were affected in the same way.

‘The families that were affected that were not of colour had a more positive and higher level of emergency response to their cry for help.’

The report follows calls for a public inquiry into the disproportionate numbers and claims of discrimination.

The mother of Richard Okorogheye, whose body was found in Epping Forest two weeks after he went missing, is among those who want the way Black families are treated by the police to be placed under scrutiny.

Evidence Joel, from West London, has told Metro.co.uk how she felt brushed aside and treated like a ‘little African woman’ when she initially tried to report the 17-year-old’s disappearance to the Metropolitan Police.

Ms Joel said she encountered a ‘dismissive’ attitude from officers as she tried to raise the alarm when the bright university student, who had sickle cell disorder, vanished in March 2021.

An independent investigation addressing her complaints and the way the force handled the case is being conducted by the Independent Office for Police Conduct.

Missing People’s free and confidential helpline is open 9am-11pm, 7 days per week, for anyone who is missing, thinking of leaving, or who has a missing loved one. Call or text 116 000 or visit www.missingpeople.org.uk