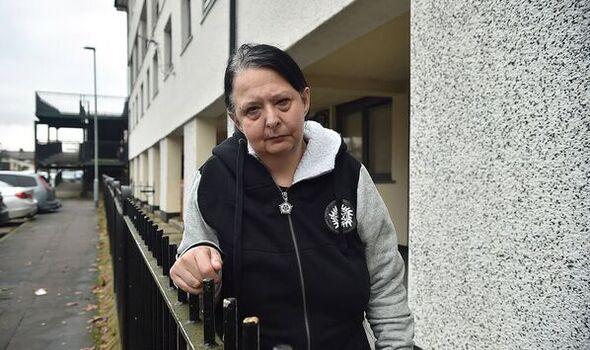 Handy tips for cleaning mould in the house

Families on estate where a two-year-old died from prolonged exposure to mould say they are still living in damp conditions. This week a coroner ruled toddler Awaab Ishak died in 2020 from a respiratory condition caused by exposure to mould in his home.

The inquest heard Awaab’s father Faisal Abdullah repeatedly raised the issue of the state of their home with Rochdale Boroughwide Housing (RBH) but no action was taken.

Coroner Joanne Kearsley said RBH were not “proactive” and asked: “How in the UK in 2020 does a two-year-old child die as a result of exposure to mould?”, the BBC reports.

Now an investigation by the Daily Mirror has found two years on from Awaab’s death people are still living in damp soaked homes on the 376-property estate.

Rochdale Boroughwide Housing promised to act after the Mirror highlighted the damp conditions their tenants must endure.

She said: “Since I moved in two and a half years ago my lungs have been really bad. I wake up at night feeling like I am choking.

“I clean the mould but it comes back. This is the worst place I’ve lived. I am on a waiting list to move. I can’t wait.”

Ana Navaneethan, 39, showed the Mirror into the tiny two-bedroom flat where she, her husband, 15-year-old son and 10-year-old daughter have lived for six years.

She said: “It smells so badly. We try to spend as little time in here as possible during the day. We are all on inhalers, all four of us. We never used one before we moved here and there is no family history of asthma. As soon as we clean it, it is back within days. It is not nice, we would like to show it clean.”

She said the housing association had visited, but simply told them to “keep the windows open”. Ana said: “We try to do this but it is getting cold. Our gas and electric bills have gone up from £50 to £107 and they are due to go up again.”

Damp and mould is not universal on the estate and some tenants told the Mirror they had no problems. But more than half of those who spoke had issues, the paper said.

A Rochdale Boroughwide Housing statement said: “We have visited every home in Freehold to carry out a survey of each flat to check for damp or mould issues.

“As a result of these surveys, we are spending over £1.2m installing positive input ventilation units in each flat on Freehold to improve air quality, circulation and to reduce the possibility of condensation and mould.

“These works will also involve installing new extractor fans in the kitchen and bathroom. This contract is in place now and the programme of work starts on 5 December 2022. Ana, Ivana and Anne-Marie have had surveys carried out on their homes and the necessary work has been scheduled.”

Tory MP Chris Clarkson told the Commons he had seen photos of another Rochdale Boroughwide Housing home in nearby Middleton “caked in black mould and rising damp”. His constituent and her children were “severely ill because of these conditions”. Mr Clarkson said: “RBH are modern-day slumlords.”

The problem will get worse this winter as the energy crisis makes it more expensive for the 120,000 social housing tenants and 176,000 private renters who live with mould to open windows to ventilate damp homes.