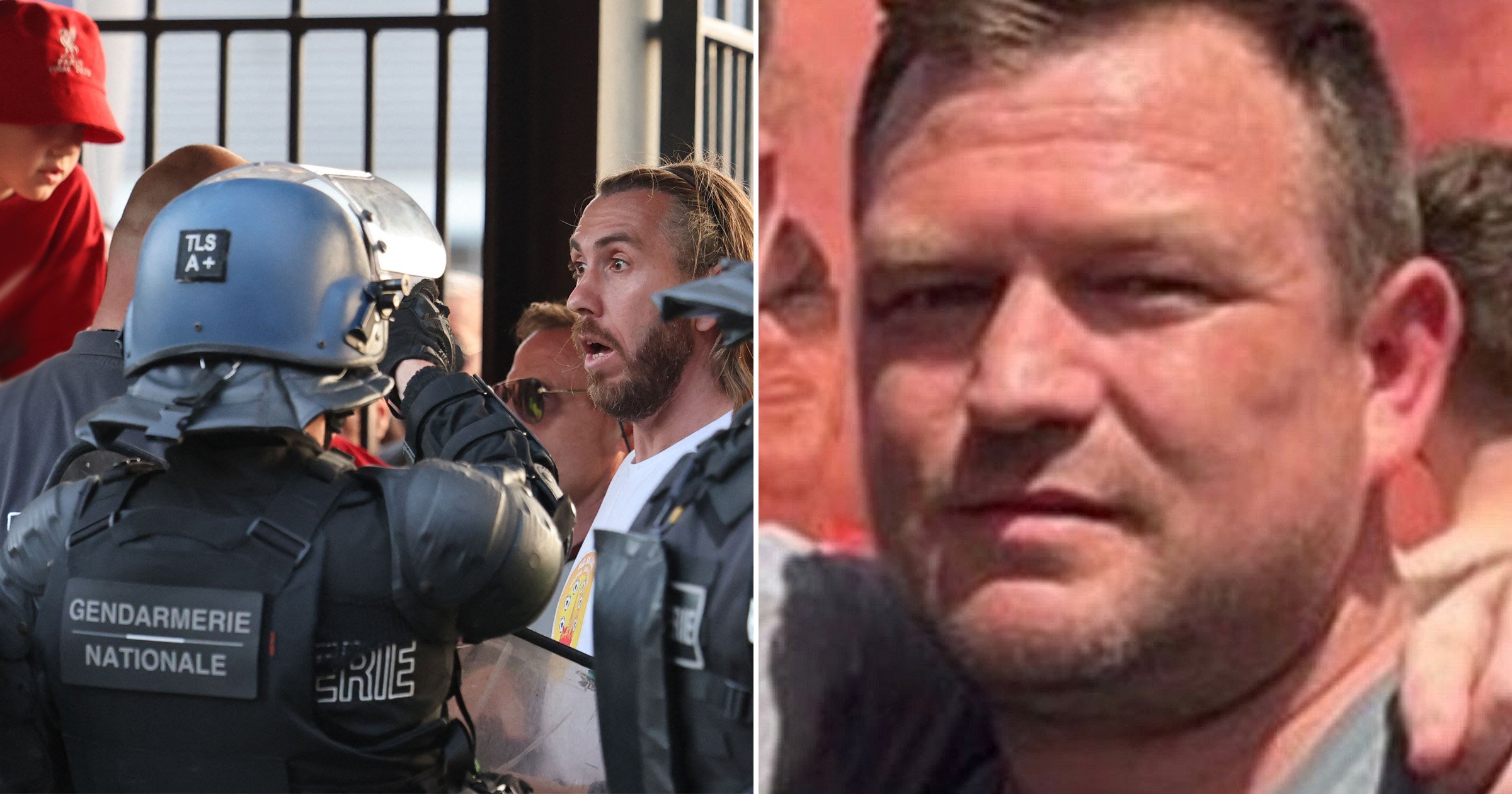 The family of a Liverpool fan who went missing for 11 hours after being caught up in the chaotic scenes before the Champions League final has backed calls for an investigation into the turmoil.

Joseph Murphy was found ‘shaken up’ but otherwise safe and well yesterday evening after his panicked relatives lost contact with him as French police used tear gas and pepper spray on crowds gathering ahead of the delayed match near Paris.

The 35-year-old, from Huyton, became ‘lost and disorientated’ before he was taken by a French couple to a police station where he was reconnected with his wife and her brother.

He had been last seen at 7pm on Saturday at a fan park in Paris as heavy-handed tactics were deployed by French police and his family endured a ‘nightmare’ trying to find him.

Supporters were kettled and tear-gassed outside the Stade de France before kick-off on Saturday, while riot police were accused of attacking Reds who had gathered in the capital itself.

Francis Foy, 31, Joseph’s brother-in-law, told Metro.co.uk today that his relative had been ‘a bit been shaken up’ but was now ‘ok’ and making his way back to the UK.

Mr Foy said: ‘He just got lost in the chaos with the police and his phone died. One thing led to another and he’s just basically got lost and disorientated with everything going on.

‘He had been walking around the fan park for about 10 hours.

‘A nice young French couple found him and took him to the police station. He’s a bit shaken up but he’s ok now, we’re on our way home now.’

Liverpool fans, including pregnant women and young children, were shown in footage being kettled by riot police and sprayed with tear gas outside the ground in scenes that have drawn calls for a full inquiry into the events.

What should have been a showpiece final against Real Madrid at the stadium just north of capital was delayed by 36 minutes amid the chaotic scenes. The police rang the family at around 6pm local time yesterday.

Speaking as he drove back to Calais this morning, Mr Foy said: ‘We just felt relief really, just relief.’

Mr Foy told Metro.co.uk that his brother-in-law, who had also been with a friend, is travelling back separately.

He said: ‘The French police are a joke to be honest. I’ve never met anyone like them or known anything to be so badly organised.

‘We went to about six or seven different police stations, it cost a fortune in taxis. They wouldn’t communicate with each other or pass information between the police stations, even when the British Embassy was called. They just weren’t interested. It was just a nightmare.’

Mr Foy’s account of events leading up to the game supported reports that the French police’s crackdown on fans was unprovoked.

He said: ‘We had a good day up until about 3pm and the police got involved. Towards the end of the night they just turned up like there was going to be loads of trouble, but there was no trouble.

‘Considering there were 80,000 people there, there was no trouble at all until the police turned up.

‘That’s how we lost Joseph, we lost him in the scramble to get away from them when they started using tear gas.

‘We would support an inquiry, the organisation was terrible for such a big event. The security was a joke, it was all caused by the French police.’

Danielle had told the Liverpool Echo that her husband is a ‘hardworking dad to two little boys’ as she urged him to make contact.

Liverpool FC has demanded an official inquiry into the way fans were treated by the French police in and around Paris.

In a statement, the club said: ‘We are hugely disappointed at the stadium entry issues and breakdown of the security perimeter that Liverpool fans faced this evening at Stade de France.

‘This is the greatest match in European football and supporters should not have to experience the scenes we have witnessed tonight.

‘We have officially requested a formal investigation into the causes of these unacceptable issues.’

The club did not specify who should carry out the inquiry, but UEFA, calling for the same move, has said it should be conducted by French officials.

French police had been responding to ‘crowd trouble’ among Liverpool fans around Place de la Nation in central-eastern Paris, where riot officers were shown using batons on fans, according to a source quoted by MailOnline.

The country’s sports minister, Amelie Oudea-Castera, claimed this morning: ‘What happened, first of all, was this mass gathering of the British supporters of the Liverpool club, without tickets, or with fake tickets.’

A tweet by police before the scheduled kick-off time of 8pm had urged fans not to ‘rush the gates’ as they approached the stadium.

However by that point there were already reports of fans being tear-gassed and pepper-sprayed as they waited more than two hours to get into the match, which Liverpool lost 1-0.

Merseyside Police, which deployed officers to work with their French counterparts, said the ‘vast majority’ of Liverpool fans ‘behaved in an exemplary manner’.

Metro.co.uk has attempted to reach the French authorities for comment.