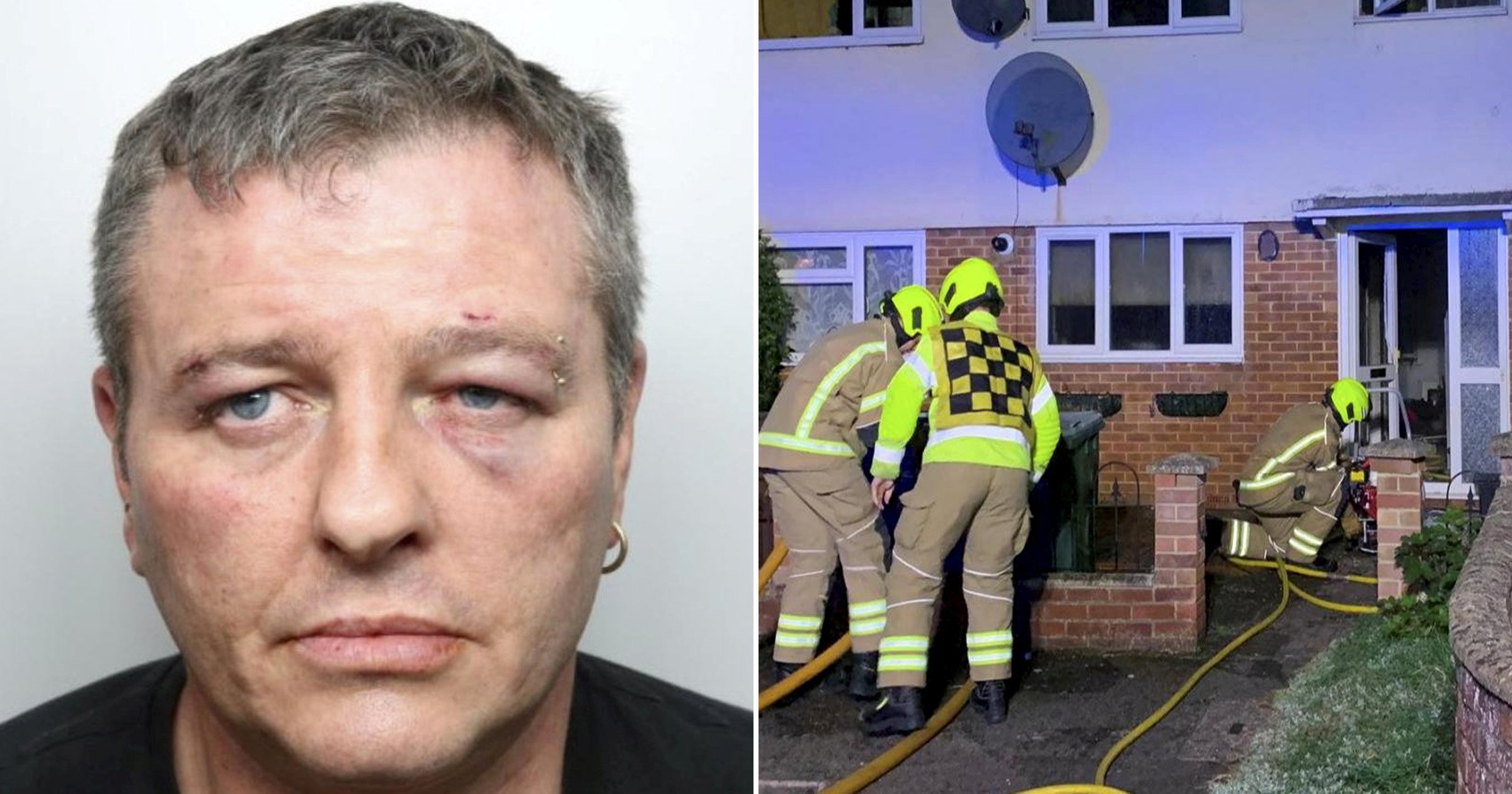 A man set fire to the home he was living in ‘in a mean act of revenge’ on a Good Samaritan who had given him shelter.

Having spent a number of years clean of drugs and staying out of trouble, Paul Glen used a deodorant and a lighter to burn the mid-terrace property in Bicester, Oxfordshire.

When firefighters arrived at the scene in July 2021, the house was filled with smoke, a back window had beenblown-out and the flames had been hot enough to melt a thermostat. The family cat was later discovered dead.

Oxford Crown Court heard that his poor behaviour and alleged drug bingeing had resulted in the victim asking the 48-year-old to leave.

Hours before the incident, she had called Thames Valley Police on him when he returned to the house injured and angry after flipping his car in a crash the previous night.

Officers evicted him from the mid-terrace home in Chichester Close and rang the tenant to say the house was locked.

But later that evening, a neighbour heard the fire alarm go off in the property and spoke to Glen before he disappeared into a taxi.

When police intercepted the vehicle, he had soot on his face, hands and clothing, and was arrested.

Officers also found a laptop on him he had stolen from the house before setting fire to the living room.

Prosecutor Cathy Olliver said: ‘The prosecution say this was a very mean act of revenge on someone who had given him shelter after he became angry at her.’

In a statement read out to the court, the victim said her property had been left uninhabitable.

She had to move in with her parents in the Midlands and was anxious about her teenage son, who remained in Oxfordshire.

Giles Newell, mitigating, said: ‘The reality is there was no one in the house at the time, thankfully, but clearly what he did was a very, very stupid thing – that is an understatement, perhaps.

‘He would like to apologise at the outset for his actions.’

Glen, of no fixed address, admitted at an earlier hearing to arson being reckless as to whether life was endangered and theft.

Jailing him for 44 months, Judge Nigel Daly said: ‘You were in a right mess at the time, I accept that.

‘Hopefully you will be able to pull yourself together a bit in the future.

‘You spent some time not getting into trouble – quite a long period of time – so you can do it and you can do it particularly if you get help.’