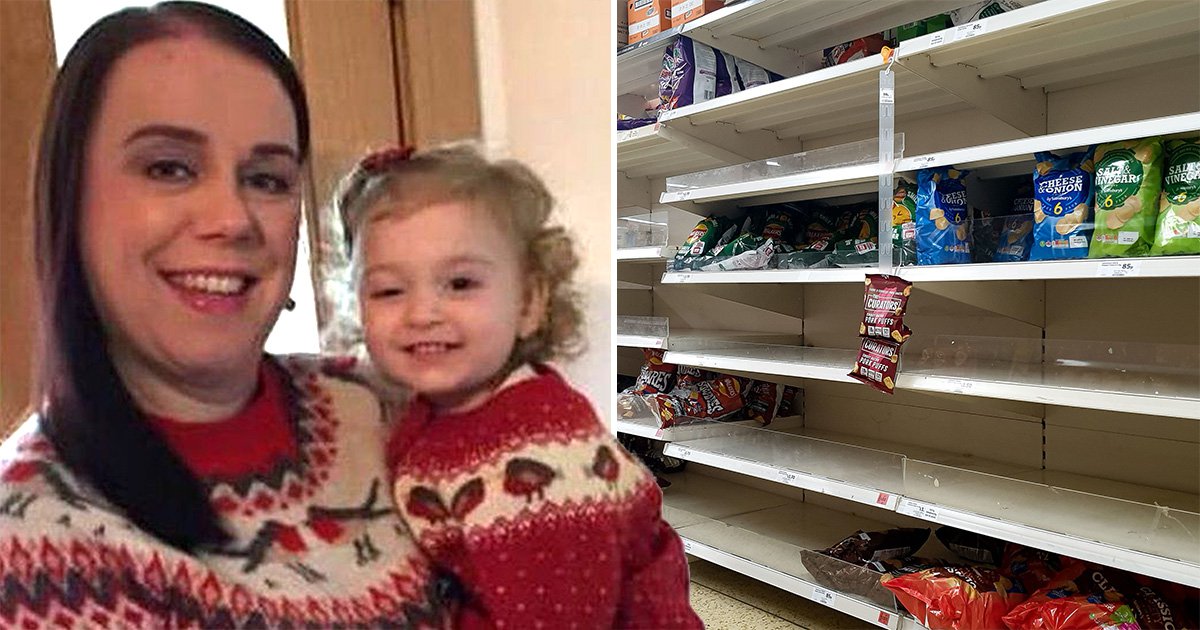 A family are desperate to find a specific type of Walkers crisps, amid a national lack of the snacks.

Quavers, Monster Munch, Squares and Salt ‘n’ Snake are usually a standard of the supermarket aisles – but this month, shoppers have struggled to find their usual brands, including all the classic Walkers crisp flavours.

For most, this is just a bit annoying, and may mean they have to fill up on toast or chocolate instead.

But for those who struggle to find food they’re happy to eat, it has been much more difficult.

Among those is a family from Narborough, Leicestershire.

Four-year-old Ava has a number of conditions affecting her eating, including avoidant or restrictive food intake disorder (ARFID) as well as a condition that affects her development.

One of the few foods she can eat without difficulty is Walkers oven baked sea salt-flavour crisps – and she usually has two packets a day.

Now her mum Michelle has been finding it hard to get hold of them, due to supply disruption across Walkers due to a glitch when the company installed an IT upgrade.

There have been pictures of empty shelves in supermarkets across the country.

Walkers has apologised for the issue and said it is working to get things back to normal soon.

Until then, Michelle is worried her daughter won’t be getting the food she needs.

She told the BBC that aside from the crisps, she will only eat toastie waffles and a specific baby fruit puree, and will only drink sweetened almond milk and a prescription vitamin mix.

This is so severe that she would rather go on a drip than eat something she doesn’t like, her mum said.

‘”[Me and my husband] go looking round the shops for the crisps every day for an hour or two,’ she said.

‘There’s not a huge nutritional value in the crisps but the salt helps. It makes her drink more.’

She said there was one recent period where they couldn’t find them for five days, and Ava became sleepy and lethrgic.

If this carried on, she fears Ava might need to go into hospital.

Her extended family have also been trying to find the snacks, and Michelle has received messages online from people experiencing similar problems or offering to help them.

However, some people have criticised her with ‘negative comments’.

Michelle told the broadcaster: ‘This is a registered eating disorder and a lot of people don’t really understand learning disabilities, autism, sensory eating or ARFID so there are misconceptions about what it is.’

Walkers has said the problem is now fixed but it’s focusing on getting its most popular flavours, such as salt and vinegar, available again first.

A spokeswoman said: ‘We’re doing everything we can to increase production and get people’s favourites back on shelves.

They previously explained the problem, saying: ‘Our sites are still making crisps and snacks but at a reduced scale.’