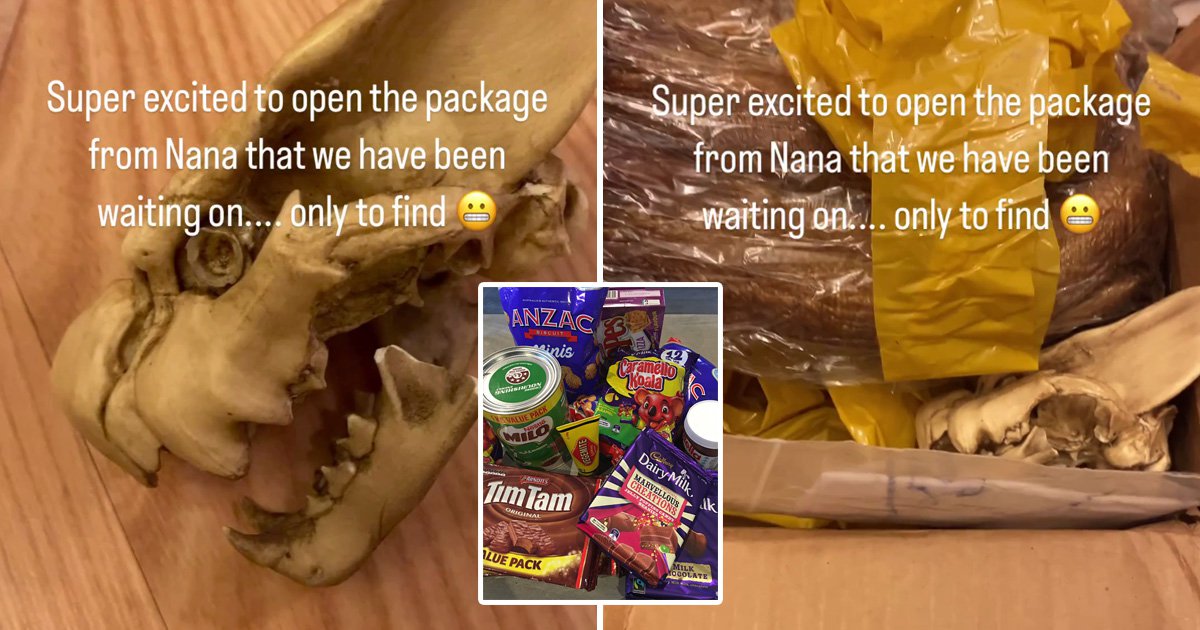 A family were left disgusted after they received a skull and dried fish in a Christmas present.

Andrea Eastley, couldn’t believe it when her children opened a parcel from their grandma that was supposed to include biscuits and lollies – but instead had the gross skull inside.

Her three children had been eagerly awaiting the package from their grandmother in Australia, expecting some of their favourite chocolate bars and sweets from back home.

But the family in Alaska in the US found what appeared to be a skull from a small animal, and a piece of fabric with unknown symbols on it.

There was also preserved fish, sealed in clear plastic, and ‘wrapped up like a mummy’.

Ms Eastley said: ‘We think the package had been opened by customs to inspect, and they have put the wrong stuff back in it.’

The US Postal Service (USPS) website confirms international packages may be opened by customs officers for examination, stating ‘after customs treatment, the customs officer will repack and reseal the mail’.

Ms Eastley was unsure whether the skull was real but said she was unable to find any trademark type of stamp on it. It also had a bit of dirt on it.

The children’s grandmother had assured them she did put biscuits, lollies and gravy mix in the package when she posted it.

Australia Post could not provide detail into what may have happened to the package when contacted by SBS News, other than confirming its system had recorded the parcel arriving in the US at the start of October, almost two months before it was delivered to the family in Alaska.

Ms Eastley said she had emailed the USPS about the strange delivery and planned to take the items back to the post office after Christmas when queues had died down.