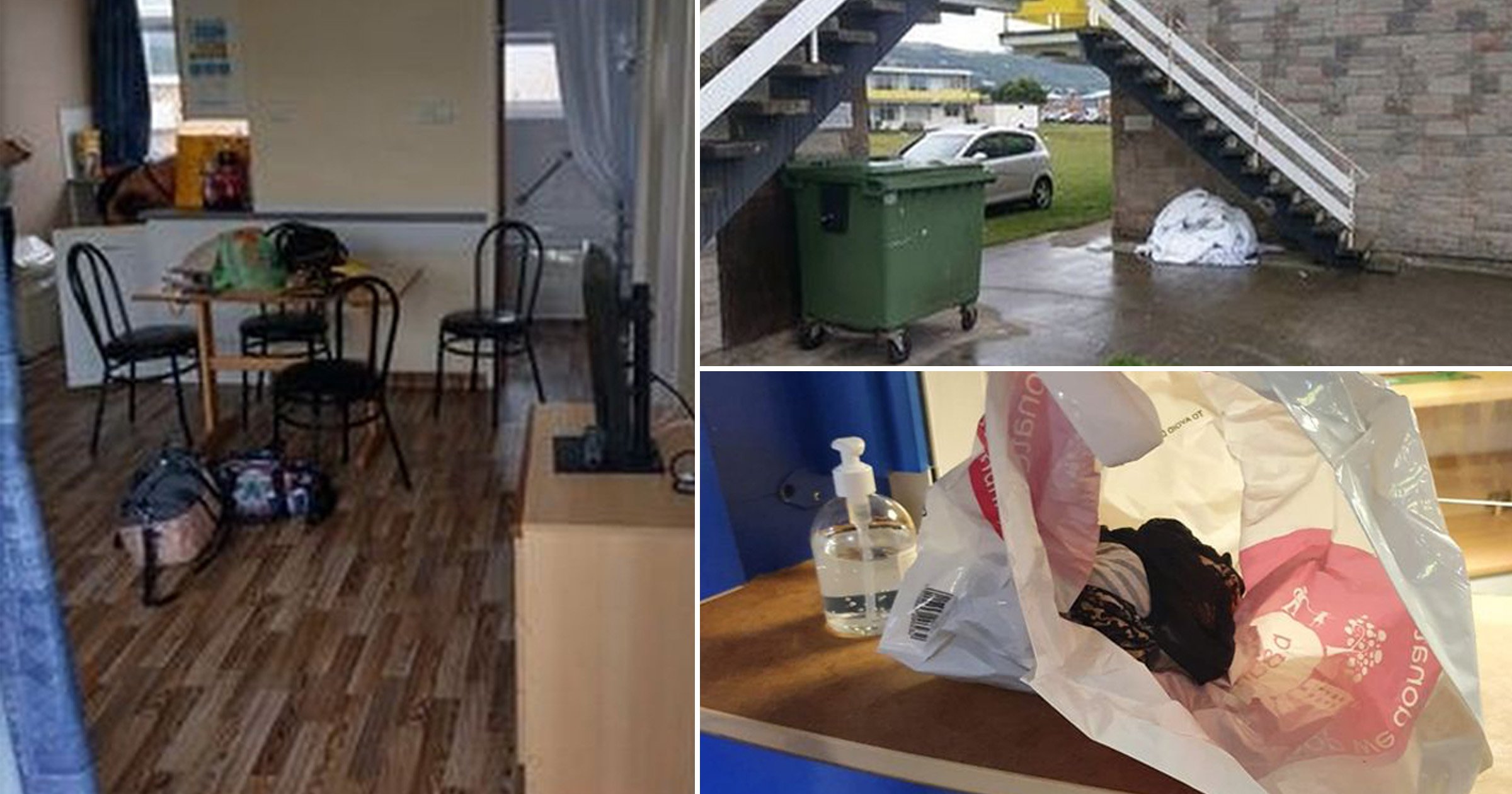 A man was so horrified at the state of a ‘vile’ Pontins chalet he checked out the same day to go camping instead.

Peter Ashman said he found soiled bedsheets and a dirty pair of women’s knickers at the self-catering apartment at Prestatyn Sands Holiday Park.

He said the staircase was slippery with handrails which were falling apart with rust, while his girlfriend Kimberley Bevin was wiping black muck off the surfaces.

The nightmare holiday began badly as Peter, 42, said the chalet wasn’t ready when he arrived with Kimberley and her two boys, Leland and Alex, as instructed at 11.30am.

To burn the time they went into the clubroom which was so filthy ‘you had to wipe your feet on the way out’.

Coach driver Peter added: ‘The stench was rancid. It was dated, filthy, things were sticking to the carpet.’

Finally, they ended up checking into their accommodation at 4pm on Friday, August 20.

He said: ‘The place was vile, where is the money spent? You would think to yourself that a big place like Pontins would have higher standards because of Covid but they did not seem to care.

‘The outside of the chalet was filthy like it had never been cleaned. My girlfriend had brought wipes to wipe the surfaces and they came up black.

‘The sofa bed was torn and filthy. I suffer from a bad back and I couldn’t sleep on the sofa or bed because it was uncomfortable.

‘When we were wiping under the bed, there was a pair of dirty women’s underwear. I put it into a carrier bag which I later showed to the manager.’

They paid £249 for three nights but they left after just four hours and checked into a campsite at an even greater cost of £395.

Peter, from Oldbury in the Black Country, said he’s informed trading standards and is seeking a full refund from Pontins.