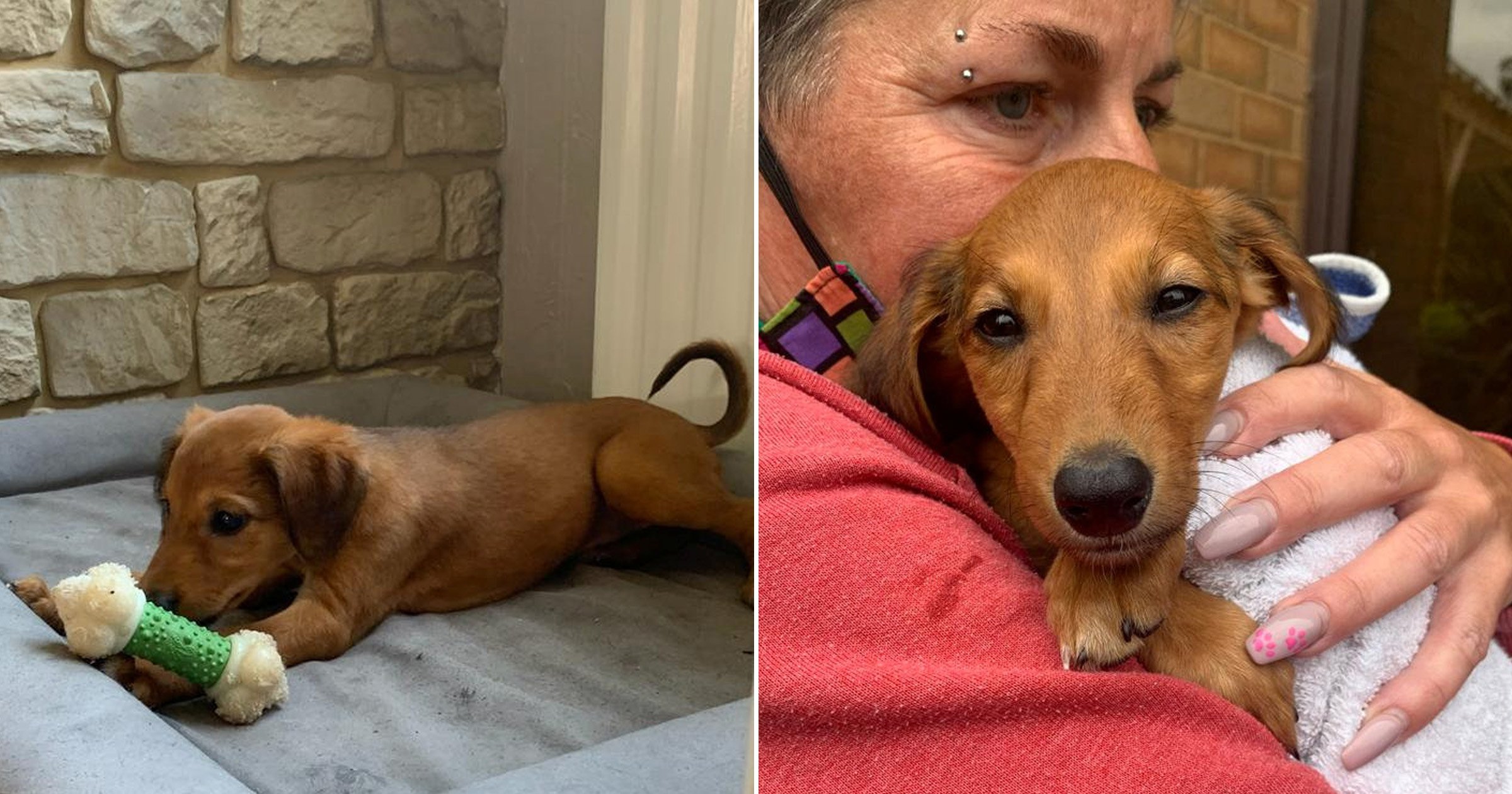 A family has been left with an £11,000 vets bill after the puppy they bought online came with fake vaccination documents and died of a virus just two weeks later.

Jane Broomfield, 47, paid £550 for what she thought was a nine-week-old Jack-A-Bee puppy, which she named Nola, after seeing an advert on Gumtree.

She said she felt assured the Jack Russell-Beagle cross was well cared for because it came with documents saying it had been jabbed and microchipped and given flea and worm treatments.

The mum-of-two became suspicious when the seller gave her an address which didn’t exist and met her outdoors, but the family – including daughter Beau 16, and son Cayden, 13 – fell in love with the pup.

Within three days, Nola, who was sleepy and suffering with bloody diarrhoea, had to be taken to an emergency vet where she was diagnosed with parvovirus.

Nola would have been protected had she received her vaccines, but the vet confirmed the documents were likely faked. She had not been microchipped either.

The following day Jane was told Nola was not even the breed that had been advertised and was probably much younger than she had been led to believe.

Devastated Jane, who also has a nine-year-old pooch called Buster, said: ‘It’s been absolutely horrendous for me and the kids. I cried for about a week.

‘I just want this sort of thing to stop, and I want to get the word out to other people, because I don’t want other families to go through this.

‘We’ve all been so tearful and angry; very very angry.’

Jane, a mobile hairdresser from Bagshot in Surrey, said she has been forced to find extra work to try and pay the vets bills, adding: ‘I don’t know where I’m going to find that money.

Jane said she wanted to speak out about the ordeal to try and warn others about the dangers of buying pets online.

She said the seller – also called Jane – blocked her number when she told her how expensive the treatment was.

Reflecting on the purchase, she recalled how ‘all the pictures of dogs were outside on grass’, with ‘no sign of people’.

She went on: ‘There was a picture of a beagle that was supposed to be Nola’s mother, but the vet said she didn’t have any beagle in her.

‘If you’re buying a dog be very vigilant and demand to see the parent dogs and where they live.

‘They get you because they know you will fall in love when you see the dog.’

Dealers are using the internet to their advantage when it comes to advertising and selling farmed puppies. The RSPCA says 87% of puppy trade calls it receives are about animals bought over the internet.

Anyone looking to buy a puppy is urged to make sure to read adverts carefully and look out for the tell-tale signs: