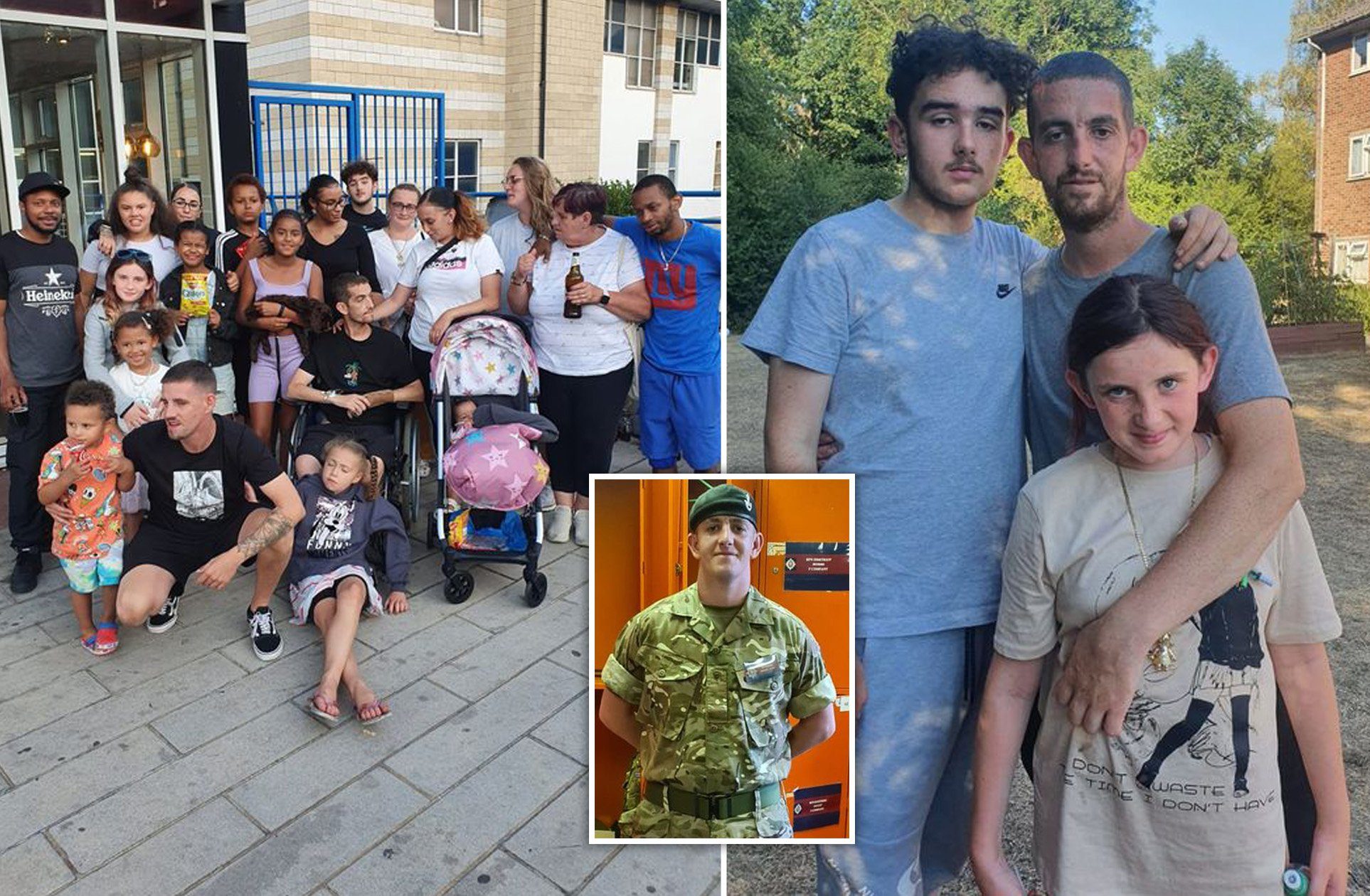 The loved ones of a terminally ill army veteran dad whose cancer went undiagnosed for months are spending his final weeks battling to raise money for his funeral.

Darren Mulqueen, 34, was fit, healthy and serving in the armed forces when he first woke in agony 18 months ago.

His family say his GP told him his pain was muscular and prescribed paracetemol, before a CT scan finally revealed he had pancreatic cancer, which is now so advanced Darren is only expected to live another seven weeks.

His relatives have told how they are struggling so badly for money as they care for him they fear they won’t be able to give him the funeral ‘he deserves’.

They have launched a GoFundMe page to try and raise cash for his send off, and hope there will be enough left over to give to his two young children – a daughter, 10, and 13-year-old son.

Darren’s sister Michelle Vassel, 40, from Cricklewood, London, who is leading the fundraising while Darren languishes in hospital on a morphine drip as his weight plummets, told MyLondon: ‘Before this happened Darren got a bike on loan, however he’s had to give that up because he can’t pay it off.

‘He now can’t pay his phone bill which is our main way of staying in contact with him when we’re not visiting the hospital.

‘I wish I could help but I am on maternity leave at the moment and don’t have an income. Darren’s mum also gave up her job to visit him every day and look after him in hospital.’

Just after being diagnosed in July, Londoner Darren applied for Universal Credit but is still waiting for a response from the Department of Work and Pensions.

Michelle added about Darren’s last wishes: ‘He said to me the one thing he wants people to know and for people to share with their friends and family is please, please go to the hospital if you have pain in your back or tummy or anywhere that doesn’t feel right.

‘Don’t take no for an answer. Doctors can get it wrong and Darren is proof of that.

‘My mum is suffering with pain in her back and has booked in a test. We are all going to get a test.

‘We are heartbroken and devastated. Darren is the most amazing brother, son, dad and uncle, and we can’t imagine life without him.

‘The other day Darren called up his army sergeant and the man just broke down in tears.

‘Anyone who gets to know Darren, even if they haven’t known him for long, are drawn to him. I really wish he can stay with us longer and make it to his 35th Birthday on December 7.’

Ealing-born Darren is said to have spent months going back and forth to his doctor with pains in 2021, which grew so agonising he was unable to lie on his back to sleep and could only get rest sitting upright.

In March, he returned to Britain from the army in March and went on his first holiday abroad to Granada.

The day after he came back from the break he woke beside his girlfriend Vicky in such agony he ended up in hospital as the pain had grown so excruciating.

A CT scan carried out while he was under observation revealed spots and a tumour and he was diagnosed with pancreatic cancer.

In July it was found to have spread to his liver.

The disease has also stopped Darren’s bowels working properly, so he is unable to eat, causing his weight to plunge.

He is now getting morphine every two hours to manage his pain.

His body is also covered with scars and burns from the scalding hot water bottles he was using to try and ease his pains before he was diagnosed.

Darren, who was constantly vomiting, has been told his condition is too advanced for chemotherapy.

Michelle added about hearing the news in March: ‘We were all in shock – none of us saw it coming. You trust your GP and you think you have no reason to question their diagnosis; they’re the experts. So we never thought it would be cancer.’

Around 9,600 people in the UK are killed every year by pancreatic cancer – 26 a day – and it’s the tenth most common cancer in the country.

It says he has ‘two beautiful kids’ who can ‘only can visit him in the hospital cause he cannot travel to see them or do anything with them, cause the pain just rips through his poor back’.

The appeal adds: ‘He also has a lovely girlfriend Vicky who is doing her best to stay strong for Darren’ and says the fundraiser is ‘also to help Valerie Mulqueen, Darren’s, other with funds later on for funeral costs’.

It says: ‘Anything left over will go to his kids’ and adds his mum is battling to get him out of hospital ‘so she can take full care of him at home where he wants to pass away’.