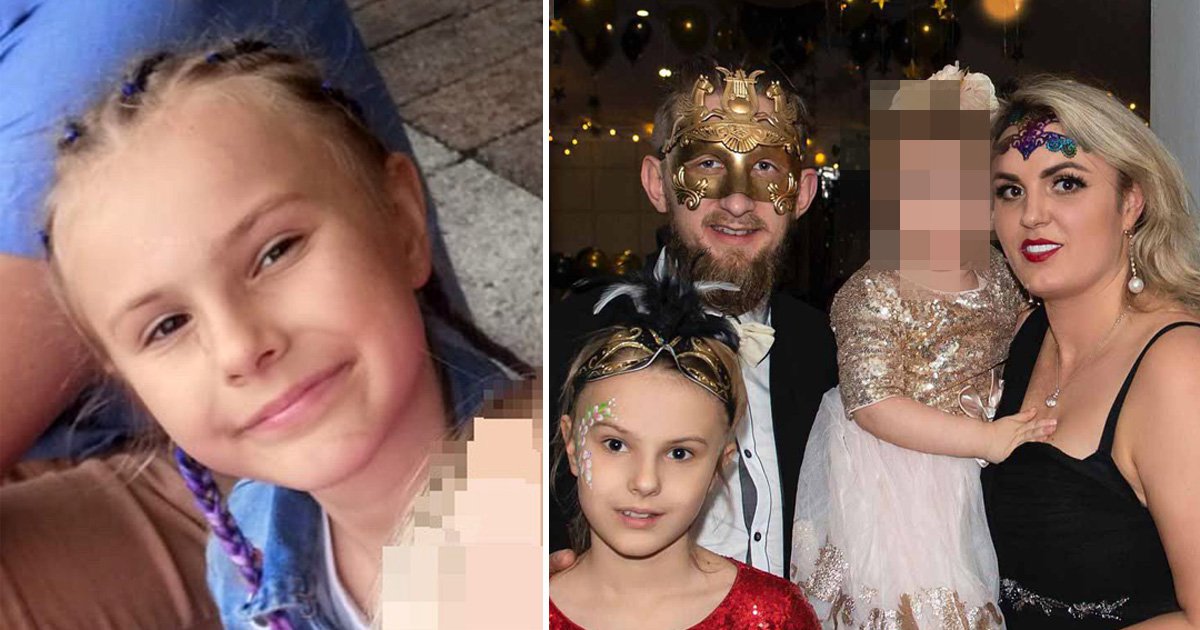 The grieving family of Lilia Valutyte, 9, who was stabbed to death in the street, have been moved to a safe house, reports say.

Mum Lina Savicke, 35, her husband and their other daughter, 5, are reportedly terrified the attacker is still out there and they could become the next victims.

‘The family are so, so worried. They have not been able to stay at home,’ a family friend told The Sun.

They added Lilia’s loved ones now have the ‘impossible task’ of trying to come to terms with her death, while feeling the need to protect their other daughter.

Lilia was found with a stab wound in Fountain Lane, Boston, Lincolnshire, outside her mum’s embroidery and screen printing shop last Thursday.

It’s believed she was playing hula hoop with her younger sister at the time.

Lincolnshire Police confirmed Deividas Skebas, 22, was charged with murder and is due to appear at Lincoln Crown Court later today.

The Lithuanian fruitpicker, who reportedly came to the UK for work after studying in his home country, was pictured for the first time yesterday.

Chief Superintendent Martyn Parker said: ‘This is a heartbreaking case that has affected many people in Boston, and further afield.

‘Our thoughts continue to be with Lilia’s family at this exceptionally difficult time.

‘The response to such a devastating incident has involved committing significant resources to the investigation, and engaging with people in Boston who are understandably shocked by Lilia’s death.

‘Our officers have been in the town, speaking to the public and listening to their concerns. We’ll continue to maintain a significant presence over the coming days.’

Dozens of flowers and tributes have been left at the murder scene in memory of the young schoolgirl.

The community also came together for a moment of prayer and reflection at St Botolph’s Church.

Meanwhile, police have been searching drains and back gardens near to where she was killed.