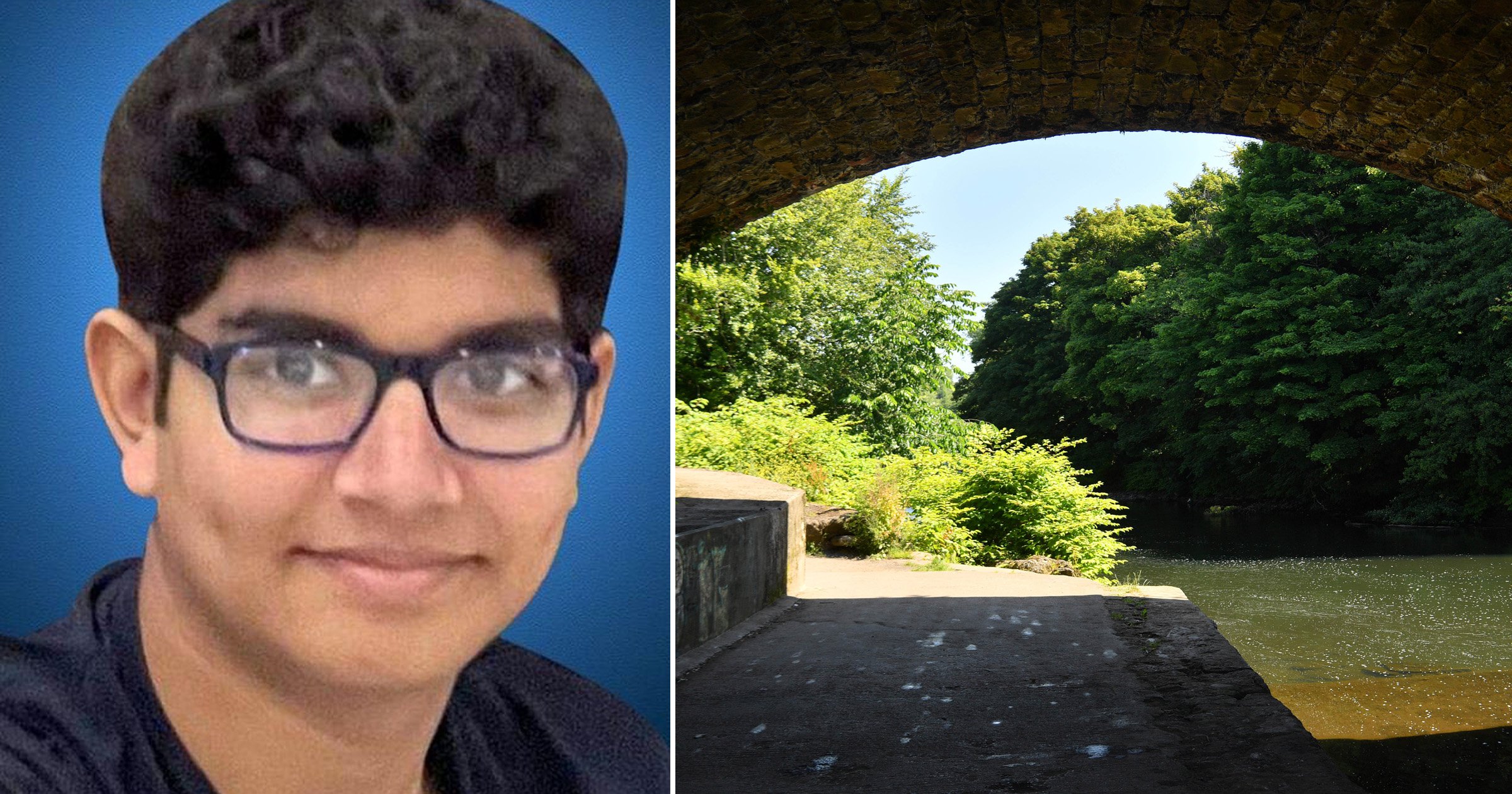 The family of a 13-year-old boy who was found dead in the River Taff in Wales have remembered him as a ‘brilliant’ and ‘loving’ young man.

Aryan Ghoniya was found near a waterpump in the town of Whitchurch on Tuesday afternoon after his disappearence sparked a massive search.

Emergency services had received a report an hour earlier that a group of children had been in waters upstream and that one boy could not be found.

Police, paramedics, the fire service and lifeguards were all involved in the efforts to locate him, with residents spotting a helicopter flying back and forth ‘very close’ to the ground.

Aryan could not be resuscitated and was pronounced dead at the scene.

A family statement issued on Wednesday said: ‘Our family is devastated by the tragic death of Aryan but we are touched by the way the community including the police and other emergency services have been trying to support us.

‘Aryan was our little professor – brilliant at maths and an all-rounder.

‘He was very academic with a warm and loving personality. There will never be a day where we do not miss him.’

A footpath near the scene remained cordoned off on Wednesday afternoon as police divers carried out further investigations.

One resident said: ‘Everyone knows one other here and it will come as a huge shock to the community. Those poor parents too – absolutely heart-breaking.’

One written tribute left at the scene said: ‘You never know the last time you’ll see a place or a person. You’ll always have a place in our hearts.’

Another said: ‘You will be missed so much by everyone, you never failed to put a smile on our face and you will be in our hearts forever.’

It is the second river death in south Wales in less than a month, coming four weeks after Kane Edwards, also 13, from Morriston, was found in a stretch of the River Tawe running through Swansea.

An inquiry into Aryan’s death will be held pending investigations by the coroner.