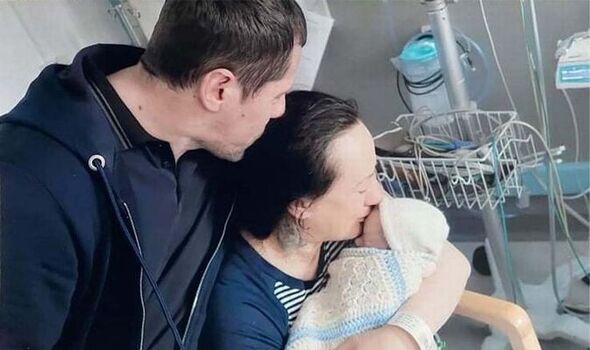 Vaida and Aleks Savcak had been trying for a baby for nine years when they conceived their “miracle” child. The birth of their son, Axwell Savcak, should have been the happiest day of their lives, but in a cruel twist, Vaida and Aleks left hospital without their newborn son, which she described as “heartbreaking”.

Baby Axwell died at Newcastle’s Royal Victoria Infirmary in April 2021, reports the ChronicleLive. His pre-natal heart rate had suggested he was in distress, however, hospital staff failed to identify concerns for two hours.

Newcastle upon Tyne Hospitals NHS Foundation Trust have since admitted a “significant breach of duty” and apologised to Vaida and Aleks following their loss. It added that an investigation is ongoing.

Vaida, from Blakelaw, said: “We’d always wanted a family and had tried for years to realise our dream. During that period we faced so many emotions and disappointment, that’s why we were so happy when we found out we were expecting Axwell. After so much pain we thought he was our little miracle who would make our family complete.

“Trying to come to terms with what happened is something I don’t think we’ll both ever get over. What should have been the happiest day of our lives turned to total despair. When we lost Axwell our lives changed forever.” 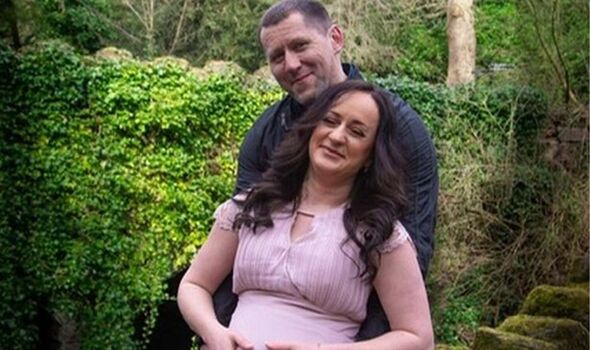 The 35-year-old added: “We had so many plans for the future and all we wanted was to bring Axwell home with us. Having to leave hospital and him behind was heartbreaking.

“We know nothing can make up for what’s happened but we take some small comfort as at least now we have answers to the many questions we had.

“However, we want to let others going through the same emotions as us following the loss of a baby, that it’s not their fault. They don’t have to suffer alone as help and support are available.”

Axwell was delivered by caesarean section at Newcastle’s Royal Victoria Infirmary at around 1.50am on April 24, 2021. The trust admitted that a caesarean section delivery should have been carried out earlier, however they say this was not a contributory factor in Axwell’s death.

Mum Vaida had been admitted to the hospital’s delivery suite at around 9.10am the previous day. 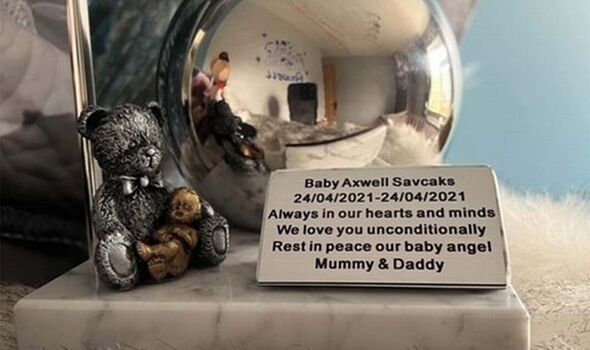 During the labour, scans had shown a number of decelerations in Axwell’s heart rate. By 10.50pm the previous night, a heart rate scan monitor became ‘pathological’, indicating Axwell could be in distress.

Following his delivery doctors tried to resuscitate Axwell but he died just 50 minutes after birth.

Aleks, 37, said: “We went from the highest point of our lives to absolute agony when we were told Axwell had died. While the months have passed it remains difficult not to think of how Axwell would be developing and how our house would be filled with joy. Walking past what would have been his nursery is a daily reminder of the pain we’re going through. We’d give anything to turn back the clock and for things to be different but we know that’s not possible. All we can do now is share what happened to us to make other parents aware.

“By speaking out we just hope lessons can be learned as we wouldn’t wish what we’re going through on anyone.”

Lindsay Cole, the specialist medical negligence lawyer at Irwin Mitchell representing the couple, said: “After years of trying and disappointment Vaida and Aleks were absolutely overjoyed when they found out they were expecting Axwell. Understandably they are devastated by the events that unfolded and his tragic death.

“Following our investigations the Hospital Trust has admitted incredibly worrying issues in the care the family received.

“Axwell’s death is a stark reminder of the heartbreaking consequences families can be left to face because of care failings. While we welcome the Trust’s admission it’s now vital that lessons are learned to improve maternity safety for others.

“In the meantime, we continue to support Vaida and Aleks to ensure they can receive the specialist support they require to try and come to terms with their ordeal the best they can.”

A Newcastle upon Tyne Hospitals NHS Foundation Trust spokesman said: “We would like to express our sincere sadness for the loss of Axwell.

“We recognise the devastating impact this will have had on Mrs Savcak and the family and offer our deepest condolences. As an investigation is still ongoing, we are unable to comment any further at this stage.”