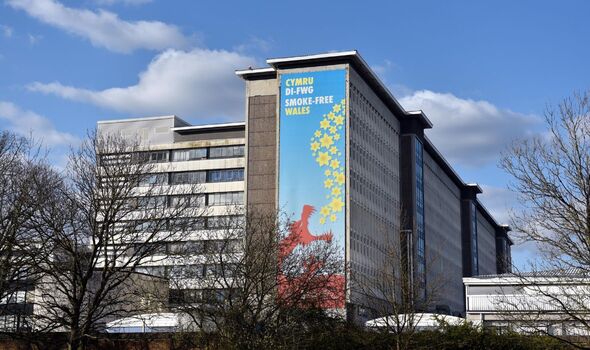 A man died in a hospital at the start of the pandemic after a “significant service failure,” according to a report.

The patient, known as Mr Y, went to A&E with symptoms of an obstructed hernia and bowel obstruction in March 2020.

However, he was discharged from the University Hospital of Wales in Cardiff without being adequately assessed, the report found.

Two days later, he was admitted to hospital, but died a few days later after emergency surgery, reports Wales Online.

The Public Services Ombudsman for Wales launched an investigation after the patient’s daughter, referred to as Miss X, complained about the care and treatment her late father had received at the hospital.

She said that her family’s lives had been “destroyed” and they did not have answers.

The investigation report, published today, January 20, found that when Mr Y was first admitted, Cardiff and Vale University Health Board did not adequately consider his clinical history and new symptoms.

Despite them pointing to an acute obstructed hernia which needed treatment, he was discharged.

When he was admitted to hospital two days later, his condition was not promptly diagnosed, which led to a delay in an emergency surgery, the report found.

It also said that, although Mr Y was very unwell following the surgery, he was not moved to the intensive care unit, which could have increased his chances of survival.

It concluded that these failings ultimately probably led to his deterioration and death, and had they not occurred, the outcome might have been different.

The Ombudsman took into account the impact the pandemic had on the health board’s ability to deliver care and treatment.

However, she decided that the shortcomings in the care that the patient received from the Health Board amounted to a “serious service failure”, resulting in “grave injustice” for him and his family.

She recommended that the health board should review with relevant staff how hernias are assessed and diagnosed and produce an action plan based on the outcomes of that review.

She added that this plan should be shared with herself and any clinical department for which the findings might be relevant.

She also recommended that her report should be with the clinical director responsible for the relevant clinicians involved in Mr Y’s care, and make sure that they reflected upon and directly discussed its findings.

Commenting on the report, Public Services Ombudsman for Wales, Michelle Morris, said: “Mr Y was admitted to hospital at the beginning of the Covid-19 pandemic, during a profoundly difficult time for the Health Board and its staff.

“However, he was an emergency case and did not receive the standard of care he should have.

“I am saddened to conclude that, had these clinical failings not occurred and had the patient received appropriate care following surgery, his deterioration and death, on balance, might have been prevented.

“When complaining to us, Miss X told us that the family’s lives had been destroyed and they still did not have answers.

“I have no doubt that the findings of this report will be a source of great distress to her and her family.

“I am pleased that the Health Board has accepted my recommendations in full.”

Welsh Conservative leader and South Wales Central MS, Andrew RT Davies, said: “Firstly, I would like to extend my deepest sympathy to the family who lost their much loved relative.

“This report makes for very distressing reading and, in the Ombudsman’s own words, shows a significant service failure in the Labour-run NHS.

“It was noticed that the case occurred during the pressures of the Covid pandemic, but patients need confidence that they will receive safe and adequate care no matter the pressure on the publics services they pay for.

“Sadly, due to mismanagement and a failure to take responsibility, the Labour Government in Cardiff Bay are making it increasingly difficult for NHS staff to do this as they suffer burnout from poor working conditions.

“We will only continue to see more tragic cases like Mr Y’s across Wales if Labour minister don’t sort out the mess the Welsh NHS is in which includes the worst ambulance and A&E waits on record and the longest treatment waiting list in Britain.

“I very much hope that Labour ministers and managers at the health board learn from this distressing report and act accordingly.”