Royal fans voiced support for Prince Edward becoming the next Duke of Edinburgh after the Earl of Wessex visited Newcastle to thank people for their service at the Queen’s funeral last month. Edward visited the city centre and met several people who were a part of the Queen’s funeral, an event which was held on September 19 at Westminister Abbey.

Several royal fans stated how they are waiting for the Royal Family to pass on the title to Prince Edward, the youngest son of Queen Elizabeth II.

A user Karen Smith tweeted: “Sincerely hope the Earl & Countess are made Duke & Duchess of Edinburgh. They work so hard for our country”

Another user Joegab wrote: “It’s time to pass along the Dukedom of Edinburgh. It’s only appropriate”

A third Twitter user June said: “Hard worker just like his Dad was he deserves to be the new Duke of Edinburgh.” 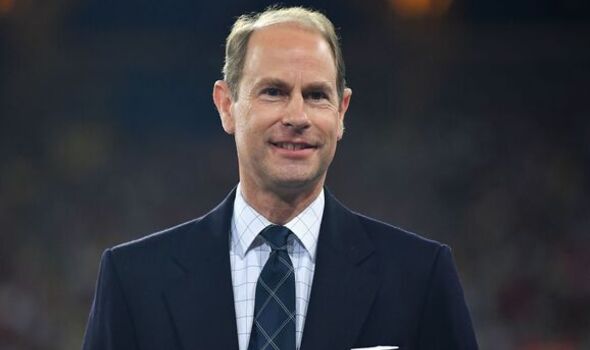 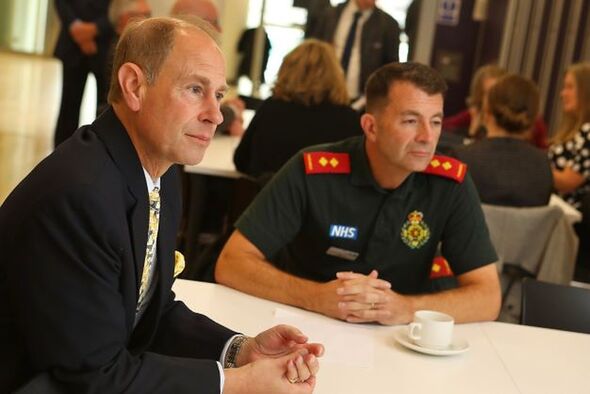 An Instagram user Dazzlingjeane commented: “Praying the King will make the Wessexes the Duke and Duchess of Edinburgh.”

Prince Philip was given the title of the Duke of Edinburgh when he married Princess Elizabeth in 1947 but there has been speculation Prince Edward could take on the role.

According to various media reports, the Duke wanted his youngest son, the Earl of Wessex to inherit his title.

However, the decision is now in the hands of King Charles III.

At the time of his wedding to Sophie Rhys-Jones in 1999, they were given the titles of Earl and Countess of Wessex.

However, Buckingham Palace announced at the time that Edward would one day succeed his father as the Duke of Edinburgh – but not until after the death of both Philip and the Queen.

The palace said: “The Queen, the Duke of Edinburgh and Prince of Wales have also agreed that Prince Edward should be given the dukedom of Edinburgh in due course when the present title now held by Prince Philip eventually reverts to the Crown.”

Philip’s desire for Edward to have the title was in recognition of the Earl’s commitment to the Duke of Edinburgh’s Award, the youth scheme which is one of Philip’s greatest legacies.

If Edward becomes the Duke of Edinburgh, his wife the Countess of Wessex will become the Duchess of Edinburgh – a courtesy title which was held by the Queen following her marriage.

Meanwhile, other royal fans applauded Prince Edward for his dedication to the British people.

A social media user Iane Skeate tweeted: “Prince Edward has really come into his own over the last 20 years and the Countess of Wessex is my favourite Royal. They both follow the shining example of Her Late Majesty Queen Elizabeth II.”

An Instagram user Cheryllouise commented: “What a lovely dignified man he is.”

A third user Mawergreg14 wrote: “The military certainly did the late Queen Elizabeth II proud at her majesty’s funeral and throughout her lifetime. Well done Prince Edward.”