Jeremy Corbyn has previously insisted he would allow his MPs a free vote on a second ballot on the UK’s membership of the European Union. But in a Sky News interview on Wednesday, the Labour leader refused to give his personal view on having a negotiated exit or remaining in the EU. Nigel Farage claimed the move from Mr Corbyn is “wise”, suggesting the Labour leader has learnt from David Cameron’s previous mistakes.

Speaking on his LBC radio show, Mr Farage said: “Is Corbyn wise to take a neutral stance, if he becomes Prime Minister, on a second referendum? Yes of course he is, of course he is.

“I think Wilson did the right thing back in ’75, and I think if Cameron said ‘look, this is my view but it’s up to you, over to you, I will get on during this period managing and running the country as best as I can.’

“Who knows he could still be Prime Minister, but he didn’t did he, he absolutely went all in for Remain, he got his mate Barack Obama to come across the Atlantic and support him.

“And that’s why he resigned the following morning, and we’ve debated that before, I think it was right that he did. 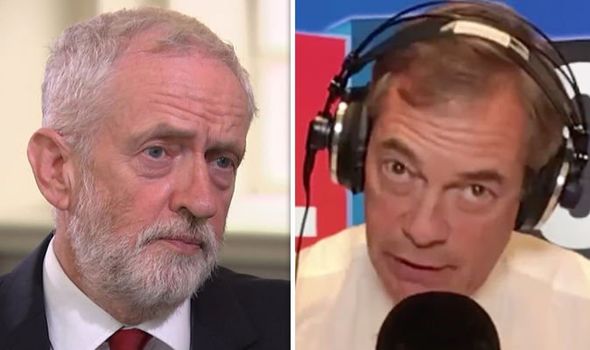 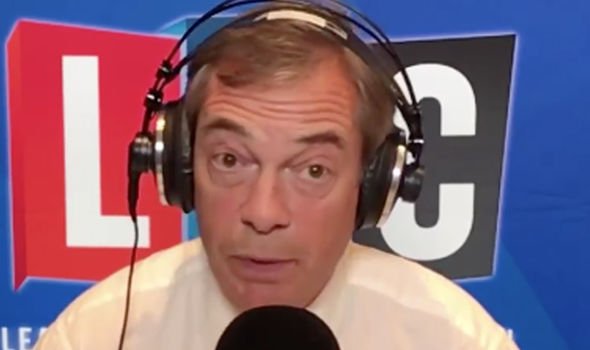 “So on one level I’m with Corbyn, I think it is wise for the prime minister to stay above the fray in a referendum, but on another I am vehemently opposed to it.

“Because if the choice is Remain or staying in the customs union and the singles market, what is the difference? If that was Mr Corbyn’s referendum I promise you, I would stay at home.

“Well I might head down the pub actually at the end of the day, but I wouldn’t vote, it wouldn’t be a proper choice.”

Mr Corbyn told Sky News: “Labour will do everything to prevent a no deal exit from the European Union. That is is our first priority. 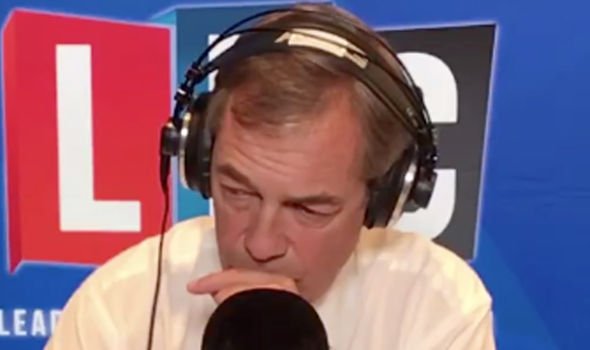 “After that we want a general election so the people can decide their future do they want a Government that invests and ends austerity?

“A Government that deals with the grotesque levels of poverty and inequality in Britain and they will get the chance for a public vote under a Labour Government between Remain and a credible option which we will negotiate with the European Union.”

But on what he “believes” and “wants” he appeared to dodge the question, replying: “The bottom line is protecting jobs, living standards and the trade relationship with Europe, that is my bottom line. 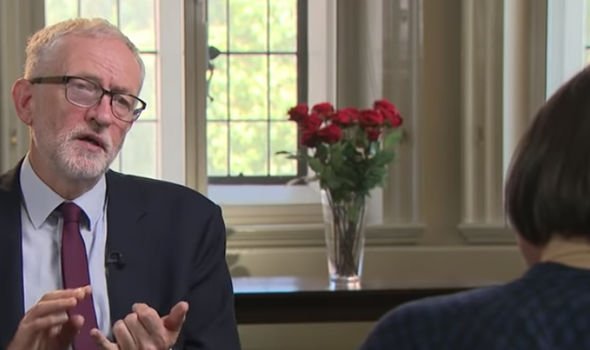 “Or we have the deal that we can achieve with the European Union, and I think that is a sensible position.”

Brexit Party MEP Martin Daubney criticised Mr Corbyn in European Parliament earlier on Wednesday, warning the party would suffer severe losses across the UK for their “betrayal” of traditional voters who backed Brexit.

The Brexit Party MEP pledged to help “destroy” Mr Corbyn for “betraying” the millions of people who voted to leave the European Union.

Mr Daubney accused the Labour leader of abandoning the working classes, saying “he doesn’t care about them”.

He accused Mr Corbyn of “abandoning the working classes”, adding: “70 percent of people in Ashfield voted to leave.