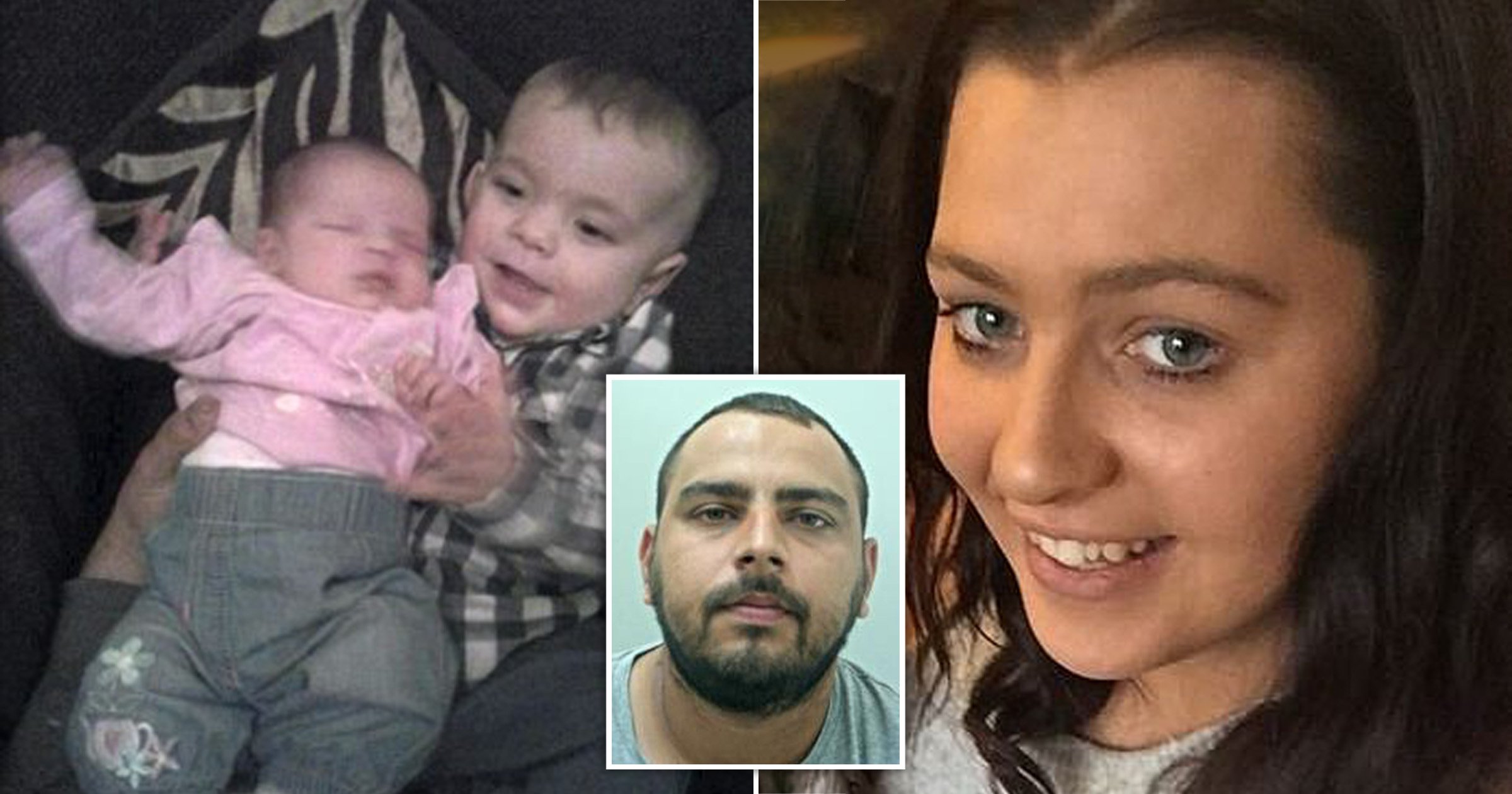 A father smothered two of his children while their mother was out of the room, then murdered another woman by poisoning her with drugs six years later, a court heard.

Jordan Monaghan is alleged to have murdered his newborn daughter on New Year’s Day in 2013 and eight months later killed his son, Logan, 21 months.

He is then alleged to have tried to kill a third child, who cannot be identified, before murdering his new partner, Evie Adams, 23, in October 2019, by using prescription drugs tramadol and diazepam.

Monaghan, of Blackburn in Lancashire, denies all charges.

Duncan Smith QC, prosecuting, told a jury at Preston Crown Court today that both Ruby and Logan Monaghan had suffered a ‘collapse’ but recovered prior to a final fatal event.

Both had been seen by medics in the days and months before their deaths but other than usual childhood illnesses no serious medical condition was found.

‘The prosecution contends that Mr Monaghan unlawfully and deliberately obstructed the breathing of Ruby and Logan.

‘The prosecution also say that the defendant, Mr Monaghan, is responsible for the murder of his then partner Evie Adams in October 2019.’

Monaghan was engaged to the children’s mother, Laura Gray, 28, in 2008, with Logan born in November 2011 and Ruby in December 2012, both normal pregnancies and births.

But Monaghan had a gambling addiction, was thousands of pounds in debt and the couple frequently rowed over money troubles, with Miss Gray threatening to leave him, the court heard.

On December 15, 2012, one-week old Ruby was taken to A and E at the local hospital with thrush and discharged the same day, and five days later seen by her GP for an infection in her fingernail.

Three days before her death Miss Gray was upstairs when Monaghan called her down, saying Ruby was ‘breathing funny’, the court heard.

The baby looked pale and blue on her lips, and an ambulance was called and she was taken to hospital where she spent two nights for observation.

The initial diagnosis was Ruby had suffered a ‘temporary pause in her breathing’ and consultants later diagnosed early bronchiolitis, but she continued to improve and was discharged on December 31 without any medication prescribed.

In the early hours of New Year’s Day, Ruby’s mother was woken up by the defendant downstairs, shouting ‘You need to get down. I don’t think Ruby is breathing’.

The child was in her Moses basket looking pale and not responding and an ambulance was called as Monaghan performed CPR on his daughter.

Paramedics took her to hospital and she was diagnosed with cardiac respiratory arrest.

Doctors could find no physical indications or injuries to cause her rapid deterioration and despite emergency treatment she did not recover consciousness and was pronounced dead at 2.45am on New Year’s Day, 2013, aged 24 days.

Monaghan later told police he found Ruby in her Moses basket not breathing and a sudden death investigation was begun.

But a post-mortem examination conducted by a pathologist concluded Ruby had died from acute bronchopneumonia.

Mr Smith told the jury the pathologist was ‘mistaken’, claiming that Ruby did not die of natural causes but because her father had deliberately obstructed her breathing.

Monaghan denies three counts of murder, two counts of attempted murder and two counts of cruelty to a child, all between January 1, 2013 and October 24, 2019.

The trial was adjourned, with the prosecution opening continuing on Wednesday.

A 16-year-old boy has been charged with murder over the fatal stabbing of a teenager on a playing field. Hazrat Wali, 18, died in hospital…