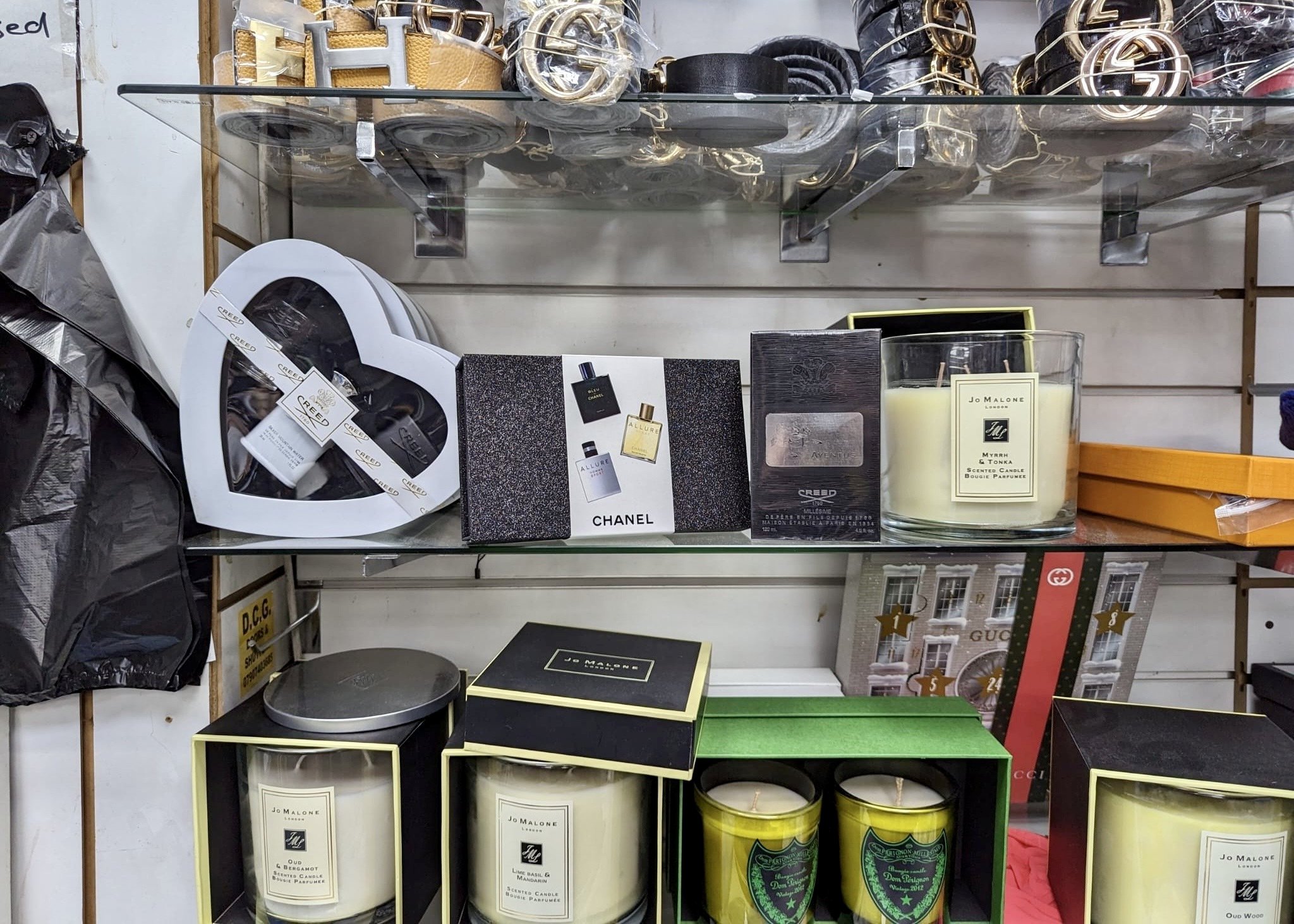 Police have warned shoppers to avoid purchasing knock-off perfumes after bootleg scents were found to contain traces of human urine and even cyanide.

In addition to the perfume, authorities also claim that fake cosmetics such as eyeliner, mascara, lip gloss and foundation have also been found to contain toxic levels of arsenic, mercury and lead.

Included in the haul were around 400 perfume bottles and seven tonnes of counterfeit clothing and accessories, including knock-off beauty products from fake designer brands such as Chanel, Armani, Dior and Hugo Boss.

The raid was carried out by the City of London Police, who have since warned Christmas shoppers of the risks associated with too-good-to-be-true bargain goods.

Detective sergeant Matthew Hussey said: ‘The lower price of counterfeit beauty products make them an appealing option to shoppers in the run up to Christmas, particularly at a time when cost-of-living pressures have increased.

‘Those involved in the production and distribution of counterfeit goods are taking advantage of this and making huge profits in the process.

‘These products are often untested and unregulated, showing that counterfeiters have little regard for the safety of the people who end up using them.’

A residential address was also searched, and one man was arrested. He has since been released under investigation.

Earlier this week, officers caught another alleged fraudster during a patrol of the area, located in the Cheetham Hill district of Manchester.

As they were speaking to members of the community, police noticed a man further down the road rushing to close the shutters in an attempt to evade detection.

After an initial search, the man in his 30s was arrested on suspicion of conspiracy to distribute counterfeit items, which then prompted a search of the property.

At first glance, this looked like any other counterfeit store, but once inside, officers found themselves faced with three levels crammed full of fakes, secret doors, and unstable floor to ceiling shelves.

Following an extensive search, police managed to recover a whopping 40 tonnes of counterfeit goods from the shop, along with around £10,000 in cash which is believed to be linked to money laundering and serious organised crime.