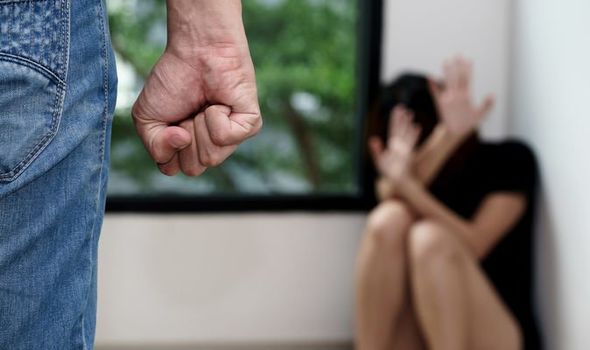 The Domestic Abuse Bill will define coercive and economic control, ban direct cross-examination of victims by abusers in family courts, and allow lie detector tests for those suspected of breaking licence conditions.

Two new civil protection orders are additionally being introduced that will force attackers to leave the home for specific periods.

The second reading of the bill comes after MPs told of “devastating consequences” unless urgent action is taken.

Supermarkets and other retail outlets should be used as havens in the lockdown, the Home Affairs Select Committee has said.

The legislation was dropped after Prime Minister Boris Johnson suspended Parliament last year but it was re-introduced in March.

Kate Allen, from Amnesty International UK, said: “The Home Affairs Committee’s call for an urgent plan to tackle this country’s domestic abuse emergency is timely and much needed. With every day that passes, more and more women are falling victim to this horrific crime.”

One organisation, Counting Dead Women, has told of at least 16 domestic abuse killings of women and children between March 23 and April 12.

The Met Police Force has made 4,000-plus arrests as calls to them have increased by a third while contact with the charity Refuge has risen by 49 percent.

Experts also fear children may be suffering in silence as referrals to social services have halved since lockdown came in.

The Home Affairs Select Committee has called for new laws to give victims time to report abuse.

Currently, there is a six-month limit on many offences linked to such attacks, including harassment, common assault and battery.

The committee also urged police, the Crown Prosecution Service and courts to speed up domestic violence protection orders that prevent an abuser returning home and having contact with a victim for 28 days.

Campaign group Centre for Women’s Justice is also calling for an offence of “non-fatal” strangulation.

This will be split between local authorities, children’s charities plus Police and Crime Commissioners across England and Wales.

Victoria Atkins, the minister for safeguarding, said: “It is unacceptable that children have to witness appalling abuse in their home by those they should trust the most.

“This funding will support these children, healing emotional scars and ensuring they have a positive future.”