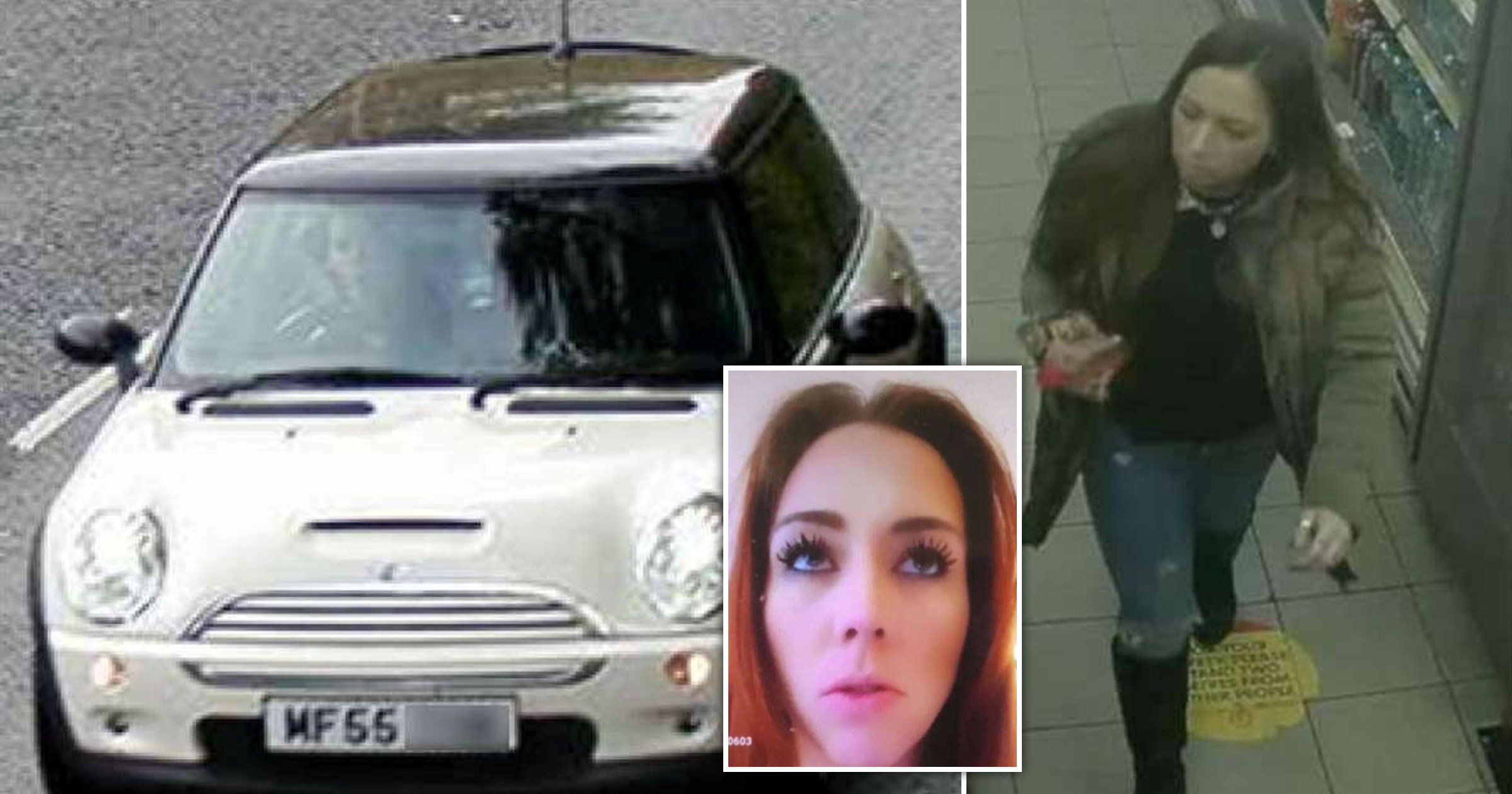 Concern is growing for a missing mum who hasn’t contacted her children in 10 days.

Alexandra Morgan, 34, was last seen filling her Mini Cooper up at a petrol station on Remembrance Sunday.

Her family say it’s ‘completely out of character’ for her not to speak to her two kids.

Detectives believe the young mother’s Mini Cooper is ‘the key to establishing her whereabouts and making sure she is safe’.

The vehicle, number plate MF55 YHM, is seen in a newly released image that shows her inside a shop near Cranbrook, Kent.

She went inside the store, less than three miles from her home in Sissinghurst, at around 7.20am on November 14.

It was initially thought Alexandra may have driven the vehicle to York, but it was spotted making journeys between her home and towards the Hastings area on the same day and following day.

A previous appeal said she had been spotted in the village of Sissinghurst around 9.30am on Saturday November 13.

He added: ‘She has two children and it is completely out of character for her not to contact them.

‘Anybody who has seen Alexandra or knows where she might be is urged to contact the appeal line.

‘We are also asking members of the public to call us if they see her white Mini.’

The mum is described as being around five feet, six inches tall with a slim build and brown shoulder length hair.

She was wearing a green knee-length quilted coat, a black top and ripped blue jeans with knee-high black boots and a silver necklace when she vanished.