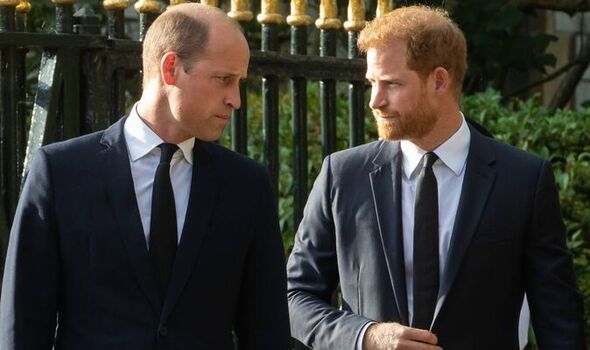 Former BBC royal correspondent Michael Cole said: “If Harry lays into the King and Prince William, there will be no way back. The Royal Family will close ranks against him.”

Royal author Margaret Holder added: “Harry’s charitable donations from his reported $20million (£17million) advance will not be enough to assuage the fury of the Royal Family if one of their own betrays secrets or makes controversial assertions.”

It come a day after King Charles was announced as the new ceremonial head of the Royal Marines – a role Prince Harry prized but lost after he quit royal duties in 2019.

Mr Cole said: “King Charles is already preparing to exclude Harry as a counsellor-of-state, a stand-in when the monarch goes abroad.”

Of the memoir, he asked: “Will he renew his criticism of the Royal Family for the slights he feels he and his wife suffered from his closest relatives, accusing it of racism and his father of cutting him off financially and refusing to take his phone calls?”

Meanwhile, Meghan (with Harry, right), has faced a barrage of hostile US tabloid stories after her podcasts appeared to criticise the showbiz world.

She said she “felt like a bimbo” on her first big acting job as a game show “suitcase girl” and tackled her nickname “Duchess Difficult”.

Magazines have berated her with wild headlines such as “It’s Me or The Monarchy”.