Princess Diana and Sarah Ferguson sparked “a bit of a riot” whilst celebrating Fergie’s upcoming wedding to Prince Andrew. The two friends dressed as policewomen and crashed the groom’s stag do at the exclusive nightclub Annabel’s.Royal expert Tom Quinn told the Channel 5 documentary ‘When Fergie Met the Monarchy’ that Princess Diana and the future Duchess of York were “lying on the floor, bottles of champagne being fired in every direction. It was a bit of a riot.”

Diana, Fergie and their group of friends reportedly dressed up as policewomen and headed down to Mayfair to hijack Prince Andrew’s stag do. In a misunderstanding, the group were picked up by the real police and were escorted into the back of a police van.

A royal expert said, “Before anyone knew it, the real police arrived and bundled these girls into the back of a police van, at which point Diana apparently pipes up and says, ‘Does anyone have any smoky bacon crisps?’”

“Suddenly, it dawns on these coppers, who are hauling these girls off to some West End Central police station, that they’ve got the Princess of Wales in the back.” 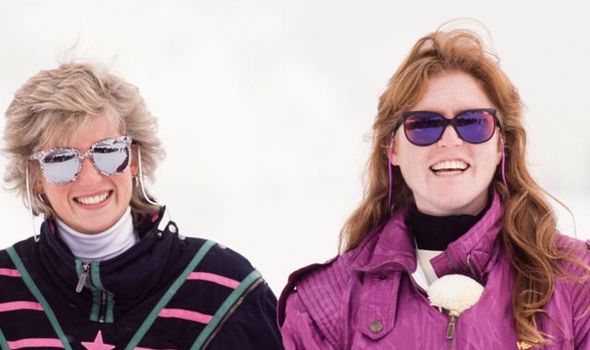 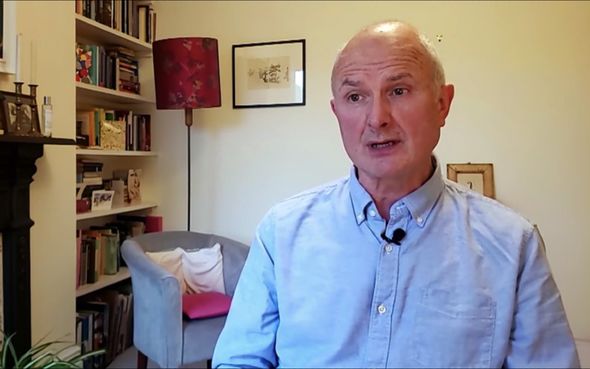 The royal entourage later arrived at Annabel’s, described as the world’s most exclusive nightclub, and celebrate the upcoming nuptials in style.

Located in Berkeley Square, Annabel’s is a luxurious private members club that was a favourite haunt of the young royals during the 1970s and 1980s.

Sarah Ferguson and Prince Andrew were wed on July 23, 1986 at Westminster Abbey.

Their engagement had been announced on March 17, 1986 after he proposed with a ring made of ten drop diamonds and a Burmese ruby.

They had been introduced by Princess Diana, who was a friend of Fergie’s and a sister-in-law to Andrew. Whilst the couple had met briefly as children, they were re-acquainted in 1985 after Diana invited Fergie to attend the Royal Ascot races as her companion.

The two women formed a strong friendship that lasted throughout their turbulent marriages to the Prince of Wales and the Duke of York.

Sarah and Andrew went on to have two daughters together, Princess Beatrice and Princess Eugenie.

As granddaughters of the Queen, they are currently ninth and tenth-in-line to the throne. 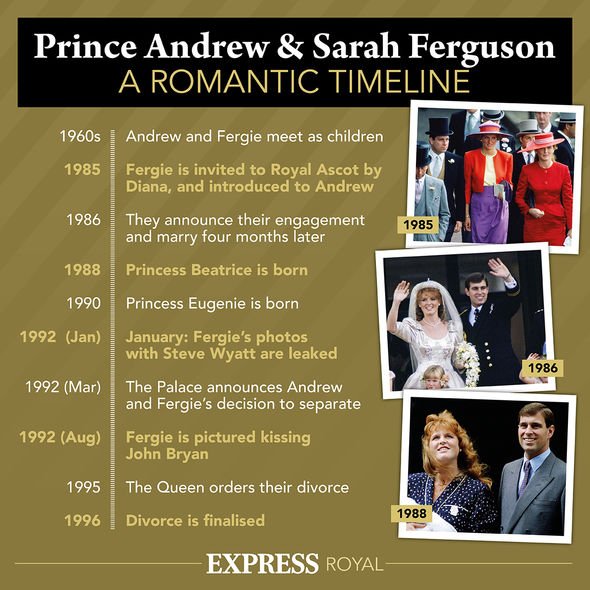 The couple separated in 1992 and later went on to divorce in 1996. Prince Andrew’s commitments to the Navy were rumoured to be a key reason behind their separation.

During the breakdown of their marriage, Fergie was hit with a series of scandals that upset the monarchy. In 1992, a series of photographs were published by the Daily Mirror, showing the Duchess sunbathing with John Bryan, an American financial manager, sucking on her toes.

The Queen also made a statement in the wake of their separation, to say that she would not be taking responsibility for Fergie’s debts.

Since then, the Duke and Duchess of York have become close friends and reside together at Royal Lodge, Windsor. They are grandparents to Princess Eugenie’s son and are expecting their second grandchild in the autumn.