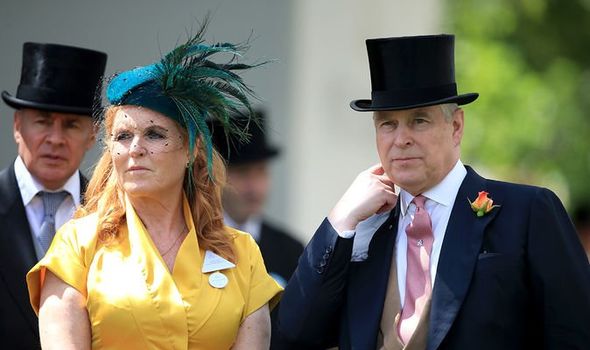 Sarah Ferguson, 61, who stayed at Balmoral with her ex and the Queen last month, said: “She’s such an extraordinary, legendary, iconic monarch that leads by example… at 95 years old, still carries on.

“And for me, we get on with it and we move together as a unit.”

Her comments come after it emerged Sarah could be ordered to testify in the Duke’s sex case.

Andrew, 61, is being sued in the US over allegations of sexually assaulting Virginia Giuffre on three occasions when she was 17.

One of these happened, she claimed, after they danced at a London nightclub before going back to his friend Ghislaine Maxwell’s Belgravia mansion.

During his car-crash BBC Newsnight interview, Andrew said he could not have been in London that night as he had earlier taken one of his daughters to a birthday party at Pizza Express in Woking.

The Duke also said Fergie was away that evening on March 10, 2001, and they had an agreement that if one of them was out of town the other would stay in with their daughters, Beatrice and Eugenie. Despite their divorce Andrew and Fergie continue to live together at his Royal Lodge mansion in the grounds of Windsor Castle, where he was seen riding a horse yesterday.

Lawyers for Ms Giuffre are understood to be keen to quiz the Duchess of York about his alibi as well as a British woman who claims she saw Andrew at Tramp nightclub that night.

A source with knowledge of the case said: “The wheels are certainly in motion for both sides now. Prince Andrew has been served with official papers, a schedule of how both sides proceed will shortly be drawn up, and a list of witnesses gathered on who may be called to testify.

“The Duchess of York would certainly be on that list.”

Andrew, who has always vehemently denied the allegations against him, will begin his legal defence to the civil claim on November 3.

Lawyers for both sides will agree scheduling for any potential trial or whether to dismiss the case entirely via conference call.