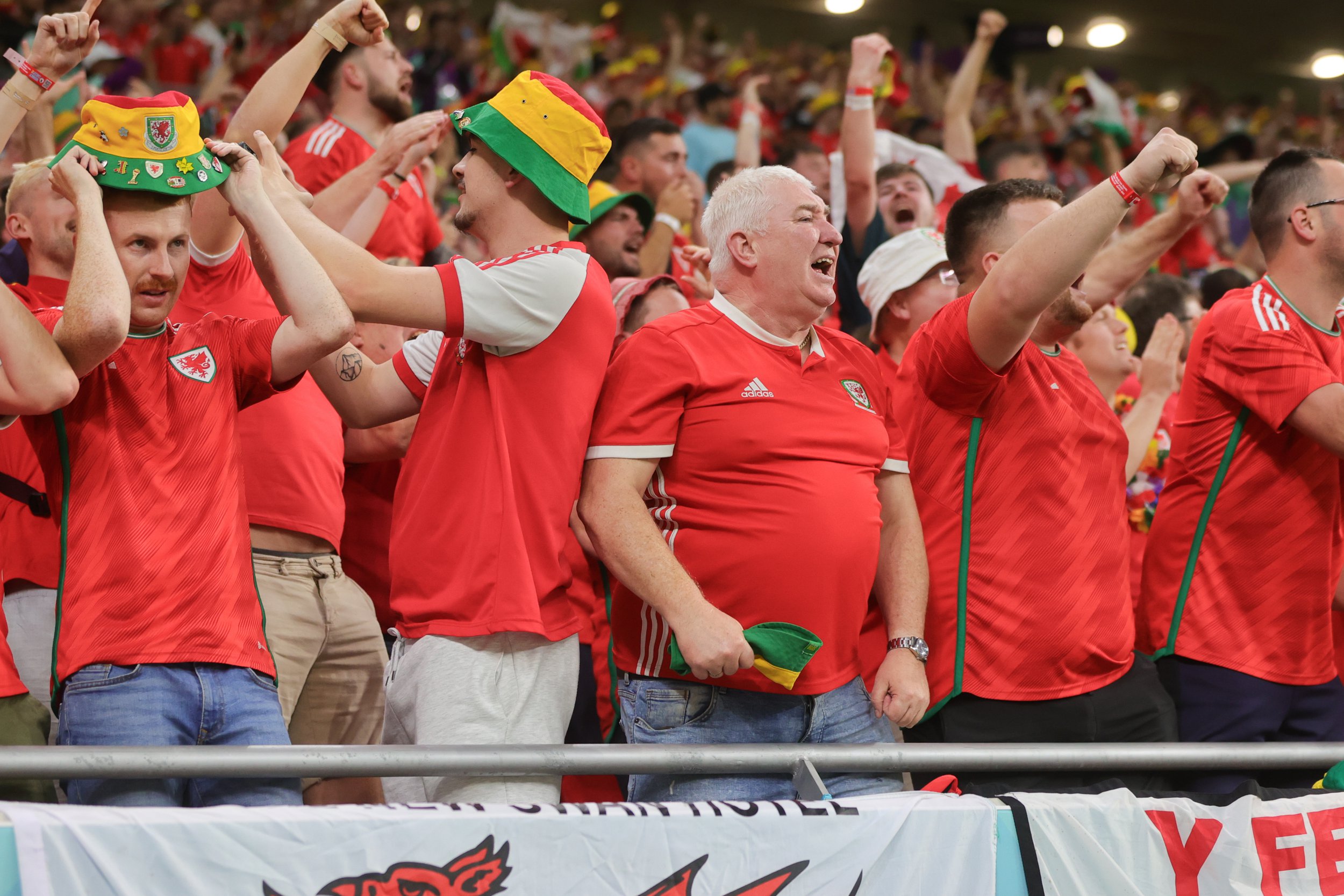 Fifa has given the go-ahead for rainbow-coloured bucket hats and flags inside the stadium as Wales and England gear up for their second World Cup games today.

The Football Association of Wales (FAW) said the governing body has confirmed fans will be allowed them for the clash with Iran after they were confiscated ahead of Wales’ 1-1 draw with the USA.

The FAW urged Fifa to stick to their message that ‘everybody will be welcome’ in Qatar during the tournament after the first week was marred by its handling of LGBTQ+ symbols.

All eyes will be on the players of Wales and England to see if they follow Germany’s lead and make a stand pre-match.

England boss Gareth Southgate has not ruled out his team making a gesture ahead of their game with the US to highlight human rights concerns, but said they will not be pressured into doing so.

Germany’s players covered their mouths during a team photo ahead of their 2-1 defeat against Japan to show ‘Fifa is silencing us’ by shutting down attempts to wear rainbow-coloured armbands connected to the OneLove campaign.

The Football Association of Denmark said they were open to withdrawing from Fifa altogether over the controversy.

The FAW said in a statement: ‘In response to the FAW, Fifa has confirmed that fans with Rainbow Wall bucket hats and rainbow flags will be allowed entry to the stadium for Cymru’s match against Iran on Friday.

‘All World Cup venues have been contacted and instructed to follow the agreed rules & regulations.

‘The FAW urges Fifa to adhere to their message that everybody will be welcome in Qatar during the World Cup and continue to highlight any further human rights issues.

‘We remain with the belief that football is for everyone.’

Seven European nations competing at the World Cup – including Germany, England and Wales – planned to wear OneLove anti-discrimination armbands during the tournament, but were dissuaded from doing so following the threat of sporting sanctions from the governing body.

Southgate said: ‘I think we’ve got to be comfortable that we know what we stand for.

‘That’s not to say we won’t do anything moving forward if the timing’s right, but I think we are rushing to be seen to be doing something, we could make an error that doesn’t land well.’

England fan Karen Barham, 60, asked if the Three Lions’ players should follow Germany’s lead, said: ‘Yeah, if they can they keep it under wraps, they do something well-coordinated but there’s nothing leaked in advance.

‘What are they going to do? Book the whole team?’

The solicitor, from Guildford, Surrey, noted the US players were tough-tackling in their opening game before saying of England’s chances: ‘I’m cautiously optimistic, I think we’ll win again but we may come out with one or two injured players.’

Temperatures could reach up to hit 29C when Wales play Iran at 1pm local time, 10am UK time, at the 40,000-capacity Ahmad Bin Ali Stadium, Doha.

Ryan Tobin, 29, from Bridgend, South Wales, said he hopes the rest of the tournament goes well for Wales.

He said of Iran: ‘They’ll be used to the heat but I think we should be okay.’

Dylan Thomas, 28, from Maesteg, South Wales, joked: ‘Once I start talking about it, I get nervous.’

England will look to build on their 6-2 win against Iran when they travel to the 60,000-capacity Al Bayt Stadium, located north of Doha in Al Khor.

A win will seal their place in the knockout stages.

Temperatures could be around 25C when the game kicks off at 10pm local time, 7pm in the UK.

Fans travelling to the game have been advised against wearing fancy-dress costumes representing knights or crusaders.

A spokeswoman for anti-discrimination group Kick It Out said: ‘We would advise fans who are attending Fifa World Cup matches that certain attire, such as fancy-dress costumes representing knights or crusaders, may not be welcomed in Qatar and other Islamic countries.

‘Foreign Office travel advice issued before the tournament expressed that fans should familiarise themselves with local customs, and we would encourage fans to take this approach.’