The Queen’s casket is currently en route to Windsor, travelling by roads laden with well-wishers from London. The journey will take the late monarch to her family’s ancestral home just after 3pm today. When they arrive, officials at St George’s Chapel will initiate the third and funeral’s final public leg.

What is the timetable for the Queen’s Committal service?

The Committal service this afternoon differs from the first state ceremony, which saw 2,000 dignitaries line benches in Westminster Abbey for a series of dedications.

A smaller crowd of 800 will see the monarch off this afternoon as officials lower her casket into the vaults at St George’s Chapel.

While the Queen is yet to reach Windsor, preparations commenced from 1pm today, and the ceremony will last until around 4pm. 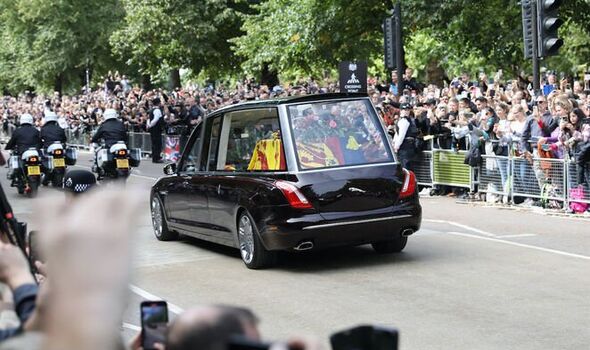 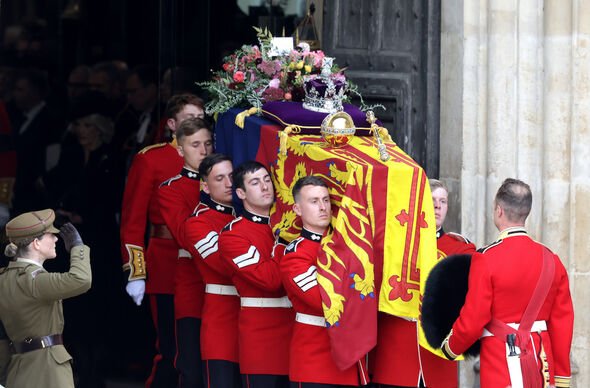 The full Committal schedule is as follows:

3.10pm – All stand as the Canons of Windsor, Archbishop of Canterbury, and Archbishop of York move to the West Steps of the Chapel and Centre Aisle

3.15pm – All stand as the following officials enter the Chapel in procession and move to their seats in the Quire and Nave via the Centre Aisle: 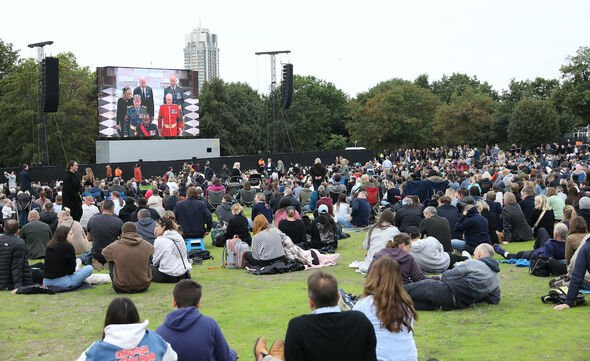 3.25pm – All stand as Members of the Royal Family arrive to reception from the Dean of Windsor and sit in the Quire

3.45pm – All stand as the Director of Music, the Choir of St George’s Chapel and the Succentor move from the North Quire Aisle to their places in the Quire.

3.53pm – The State Hearse halts at the bottom of the West Steps 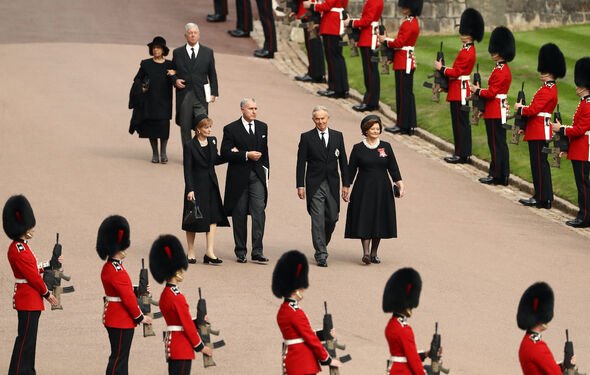 Once the Coffin Procession enters, everyone in the Chapel must stand, with the choir singing as it moves to the Quire.

Attendees may sit once the coffin reaches its destination, with the choir singing.

They must stand again for a bidding delivered by the Dean of Windsor, only able to sit again after the first hymn.

People may decide to kneel or sit for prayers before saying the Lord’s Prayer and sitting again.

Afterwards, the Dean of Windsor will receive the Instruments of State -a sceptre and orb – from the Queen’s Bargemaster and a Serjeant of Arms, who places them on the High Altar.

Crowds must then stand for another hymn and remain while King Charles III places the Queen’s Company Camp Colour on her coffin.

The Lord Chamberlain must break his Wand on the coffin while it lowers into the chamber below the Chapel.

The coffin will continue to lower as the Dean delivers the Committal and recites psalm 103. 13–17 and the Garter King of Arms proclaims the Queen’s styles and titles.

The Queen’s Piper will play a lament from the North Quire, and the Archbishop of Canterbury will pronounce a blessing before concluding the Committal.

There, Archbishops of York and Canterbury will take their leave alongside the Dean of Windsor, followed by other Royal Family members escorted by the Canons of Windsor.

Other dignitaries, primarily domestic and foreign premiers, will move and leave via the West Doors, followed by remaining officials and the rest of the congregation.